The grandomania of the former Romanian communist dictator left behind one of the most impressive buildings in the world.

The House of Parliament in Bucharest, known also as the House of the People, is a perfect expression of the megalomania of the former dictatorial couple, Nicolae and Elena Ceausescu.

A building of records

No tourist coming to Romania would miss the House of the People. In fact, it is one of the top three tourist spots in Bucharest.

Architecturally, the House of Parliament is one of the most controversial buildings, with an eclectic style charged with contradictory elements.

More than 200,000 workers and hundreds of architect participated, day and night, to the construction of this building which started in 1984.

The desire of the former communist president was to concentrate all the state bodies in a building resisting earthquakes, as well as a potential nuclear attack.

Built over the historic heritage of the city

At the beginning of the 70s, after a visit to North Korea, Nicolae Ceausescu said he wanted his Pyongyang in Bucharest.

The 1977 earthquake, with a magnitude of 7.4 on the Richter scale, gave him the perfect reason to start obliterating a historical district in Bucharest, called Uranus. Nobody knows exactly how much the construction of this building cost, but in mid-2000, it was evaluated at 3 billion euro.

The price paid in human lives and by destroying the heritage is incommensurable though. It is estimated that about 3,000 lives were lost during the construction of the House of Parliament because of the improper working conditions.

The demolitions of the historical buildings in the Uranus district involved over 7 square kilometers. Some historians estimate that 20 churches were destroyed, 8 were displaced, 10,000 houses were demolished and over 57,000 families were relocated.

It is then that other irreplaceable cultural and historical assets disappeared, such as: the Vacaresti Monastery, the Brancovenesc Hospital, the Unirii Covered Market, the Operetta Theatre in the Senate Square, the Army Arsenal of the Central Military Museum.

The former communist dictator did not live to fully enjoy his beloved project, as the giant building was known, as he was executed in the wake of the 1989 Revolution. 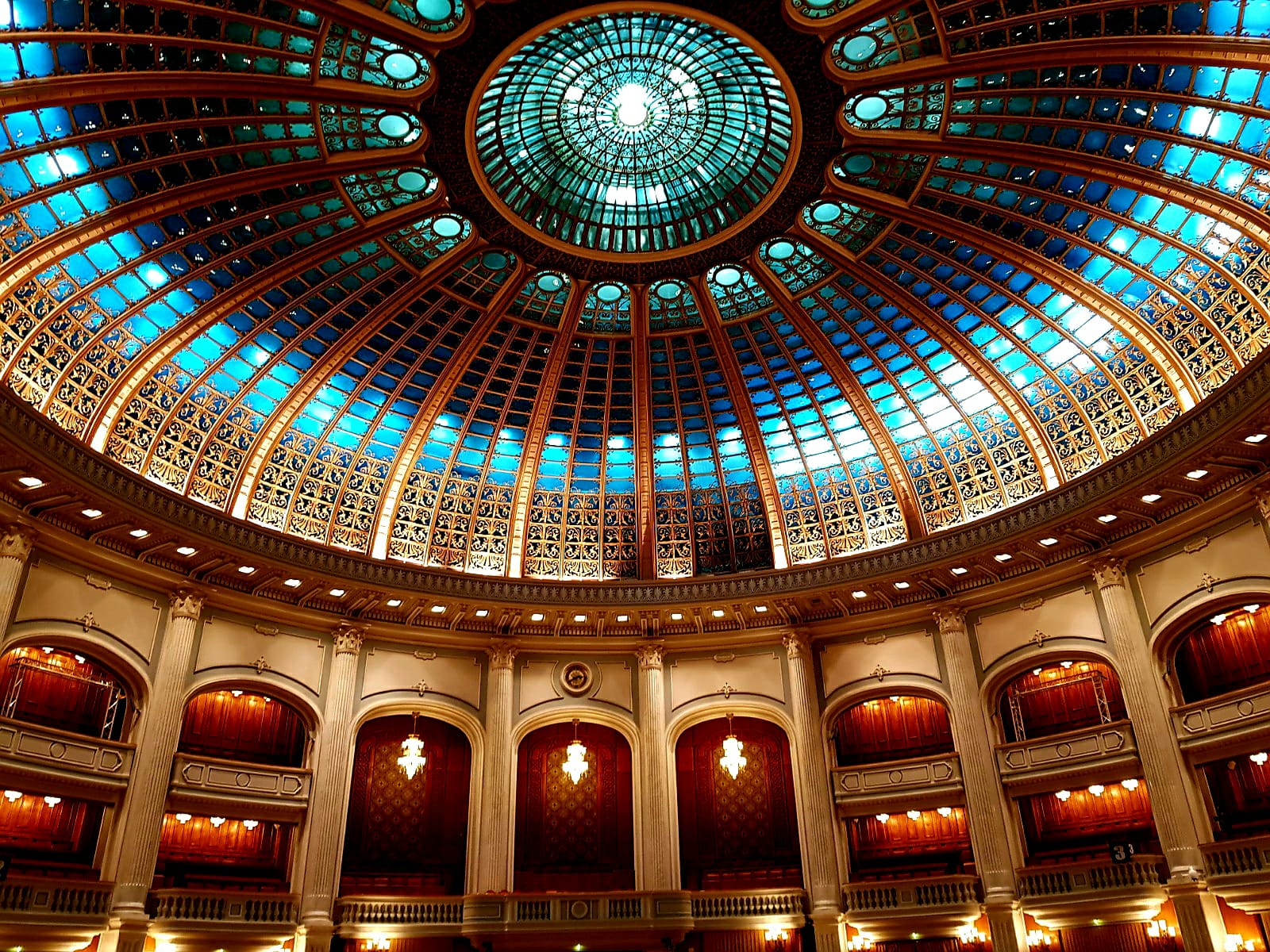 At present, the building hosts the two chambers of the Romanian Parliament, the Senate and the Chamber of Deputies.

The House of Parliament or the House of the People has 9 overground ad 9 underground storeys. For the construction of this building unique in the world it was the last time the marble from Alun (the abandoned marble village in the Transylvanian mountains) was used extensively (read here).

Besides its administrative role, the House of Parliament is an important international conference centre and hosts arts and cultural events. It also hosts the National Contemporary Art Musem of Romania.

The house can be visited based on appointment. Tourists can choose from among three visiting tours: standard tour, standard tour + basement, city panorama tour. Prices are 40-45 lei per person.

Other impressive buildings in the Balkans:

The Dormition of the Mother of God Cathedral, a symbol of the city of Varna (Bulgaria)

Heptapyrgion (Yedi Kule) prison in Thessaloniki, a contrast of pain and splendour

The Romanian mici – a historic course, from the most elegant and bohemian restaurant to the street food counters