In the middle of the Romanian Dobrogea, on a high limestone hill, in an ancient area where many civilizations have come together during the centuries, there are the ruins of a mysterious citadel.

The Enisala Fortress, Yeni-Sale or the ancient Heraclea is an unexpected sight on the road leading from the town of Tulcea to Constanța, about 2 km from the homonymous town. Once at the top, you can admire the impressive landscape from the fortress. The spectacular Babadag and Razim lakes, (the latter was created by the formation of sand rows, which detached it from the Black Sea), make you think that the fortress is situated by the sea, and once upon a time it actually was, until the sand cut off its direct access to it. The hills of the Enisala nature reserve amplify the wild and mysterious image of the windswept fortress. 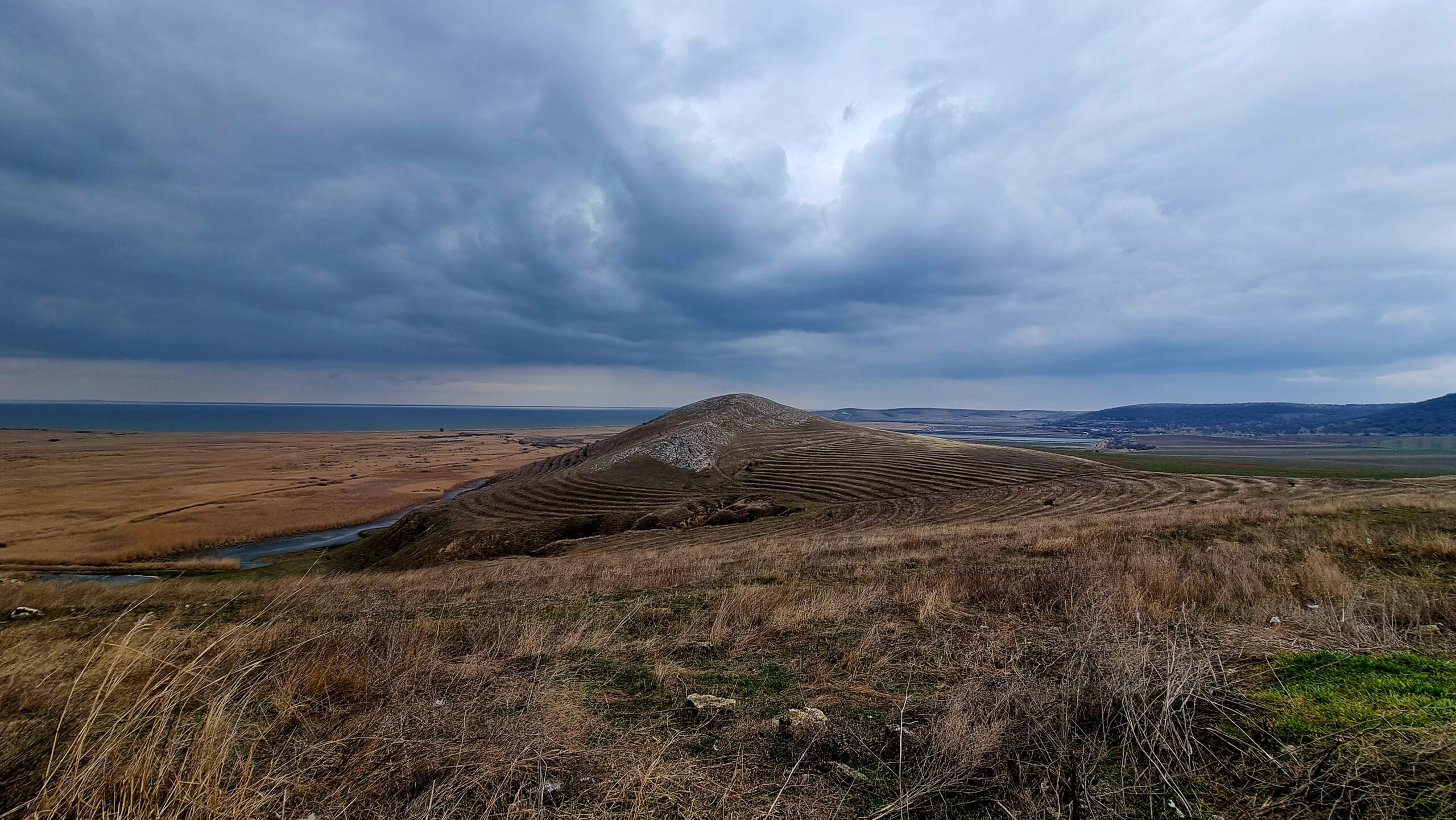 No one knows exactly who built the citadel. It is assumed to have been built in the 14th century by Genoese merchants, who at that time dominated the navigation, and implicitly the trade in the Black Sea area. The walls follow the shape of the ground, they are thick and high, reaching a height of 10 meters in certain places. The purpose of the fortress was to control and defend the roads in the Mouth of the Danube area. In the Middle Ages, rivers were the equivalent of today’s highways.

The Tatars, a Turco-Mongolian people originating from the Gobi desert, militarily dominated in the area at the time, and whose descendants still live in these lands, cannot be excluded as builders of the great fortress either. 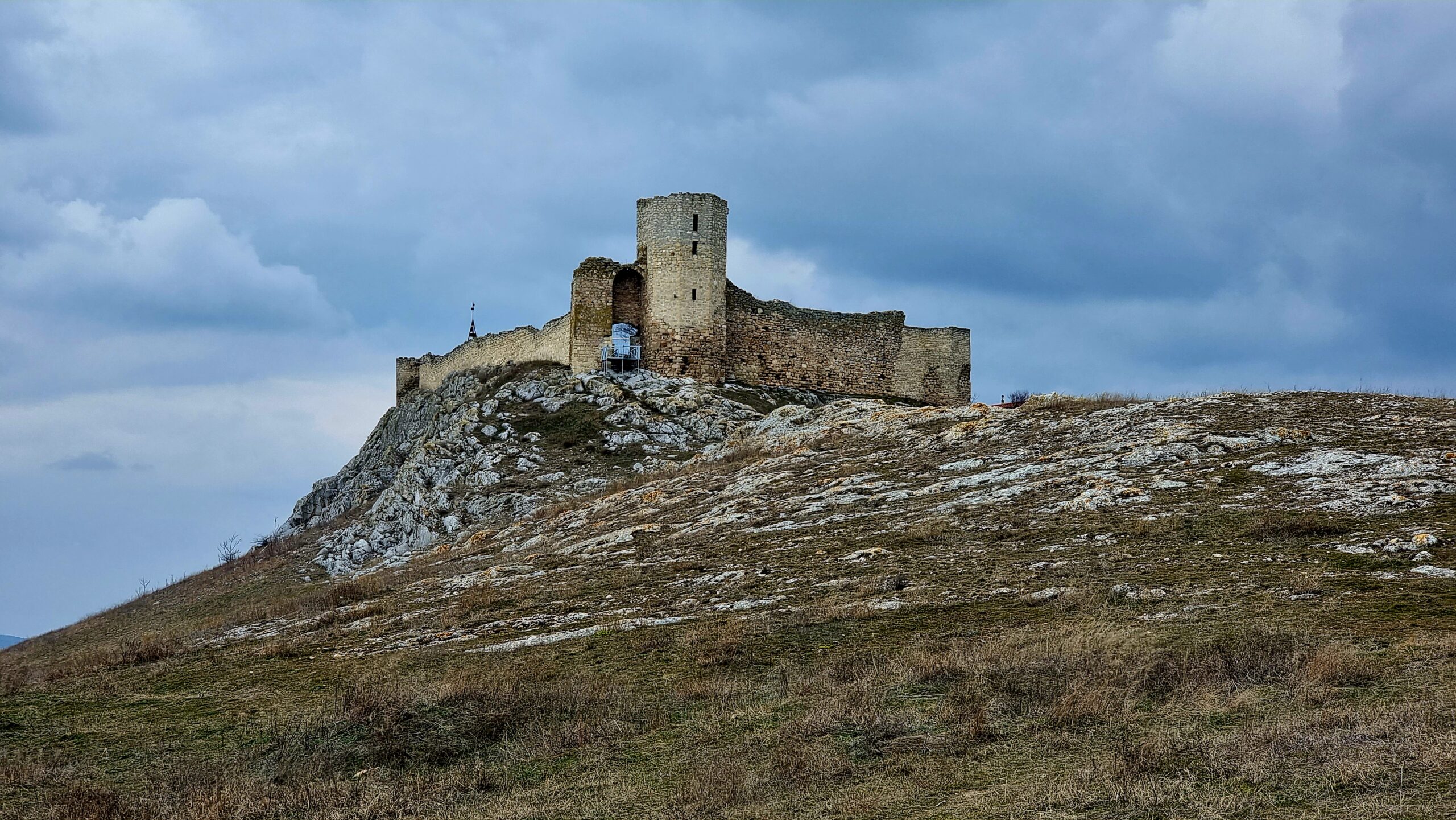 It is certain that at the end of the 1300s the fortress came under the control of the famous Wallachian ruler, Mircea the Elder, the grandfather of the even more famous Vlad Dracula. Mircea the Elder extended the territory of Wallachia to the shores of the Black Sea, defeated Baiazid Ildirim (”Lightning”), the dreaded Ottoman sultan, north of the Danube and was present during the defeat of a disastrous anti-Ottoman crusade at Nicopolis.

The fortress then came under the rule of the Ottoman Turks, who later abandoned it in the context of the loss of its strategic importance following the formation of the above-mentioned sand rows.

The oldest known document where the name Yeni-Sale can be found is the Turkish chronicle of Sukrullah bin Sehab-ed-din Ahmed of the early XVth century. During his passage through Dobrogea in 1652, the famous Turkish traveler Evliya Celebi mentioned “the Yeni-Sale fortress, with its tall walls, placed on a stony hill”. 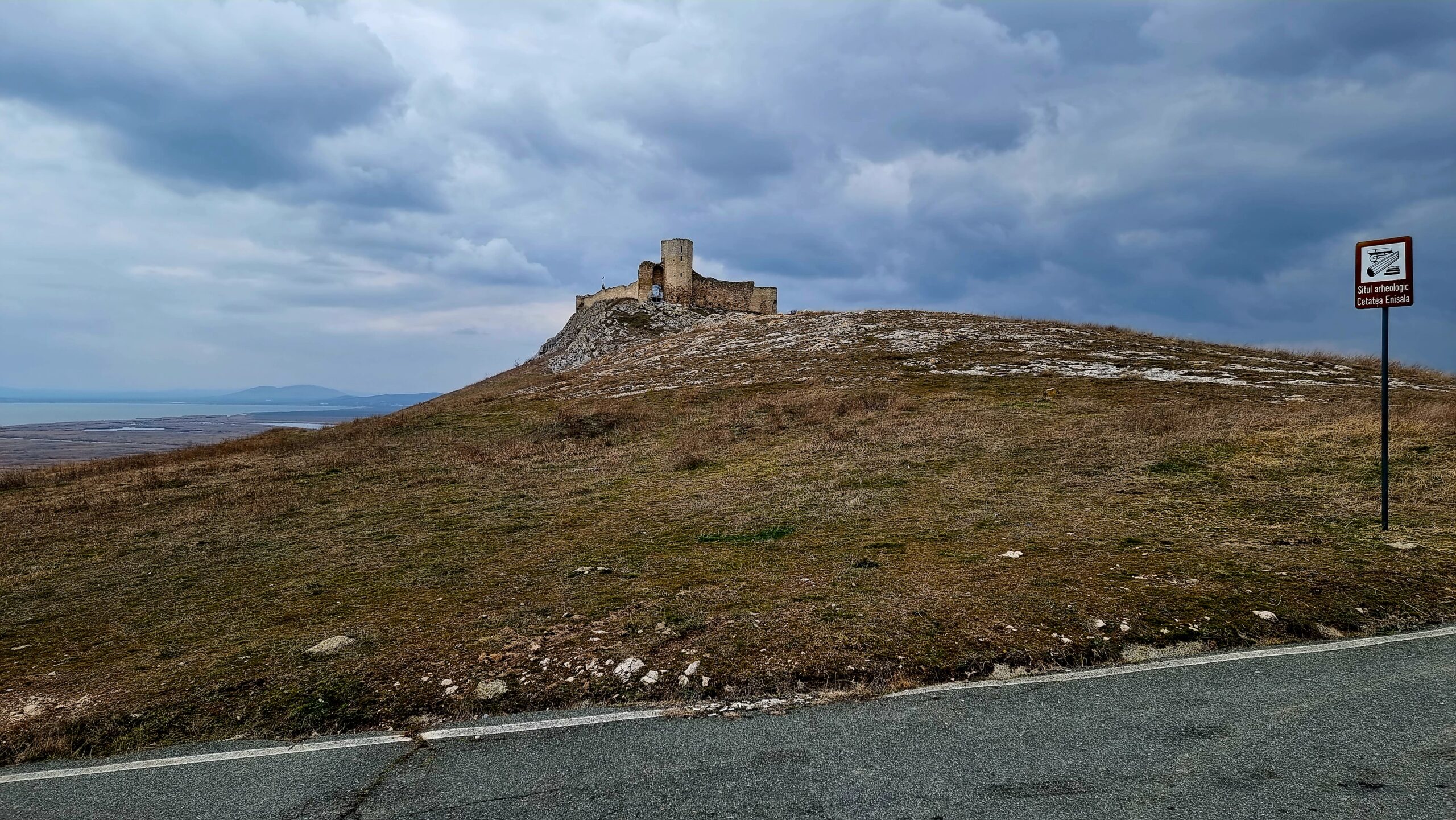 Enisala is the only remaining medieval citadel in the Northern Dobrogea area. Standing on its ruins and looking around, you can’t help but feel you’ve reached the “ends of the earth”. Who knows, maybe those Genoese, Wallachian or Ottoman soldiers or of any other nation, felt the same way? Were they fascinated by the beauty, the wilderness and desolation of the area, or were they mourning their fate for being sent to guard some border on the rim of the world. 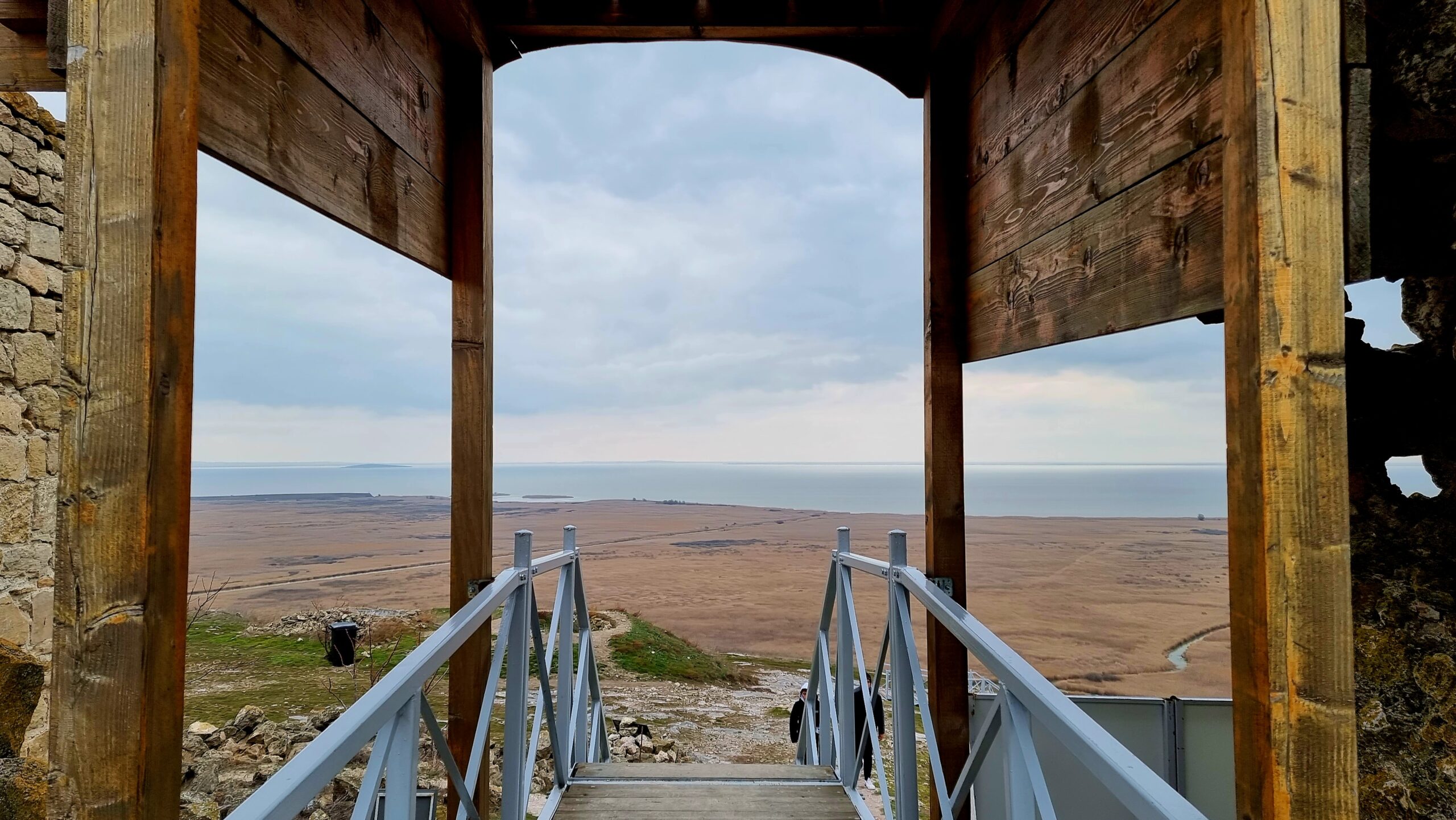