At the beginning of the 20th century in Bucharest, this “Little Paris” of the Balkans, there was something in the air. It was the inviting smoke of the mici grilled in the taverns and restaurants in the city centre. The perfect companion of the icy glasses of beer, the mic spread rapidly, first in the capital and then all across Romania, having been since then the preferred street food among the Romanians and a course that must be tried by any tourist visiting Romania.

The name of the mici

Mic in Romanian (pl. mici) means small, little. Its name obviously comes from its small size and probably from it being considered at the beginning a sort of small sausage.

Many travellers and journalists in the 19th century who would describe the atmosphere in the taverns and terraces across Bucharest at that time mentioned the existence of an old delight, the so-called “small sausages”. Another hypothesis is that the mici were named as such by a journalist of reputation in those days.

The story of the mici

But what are these mici that so quickly succeeded in conquering Romania? Where did they come from and what made them so popular? Such a legendary course has obviously an impressive history. 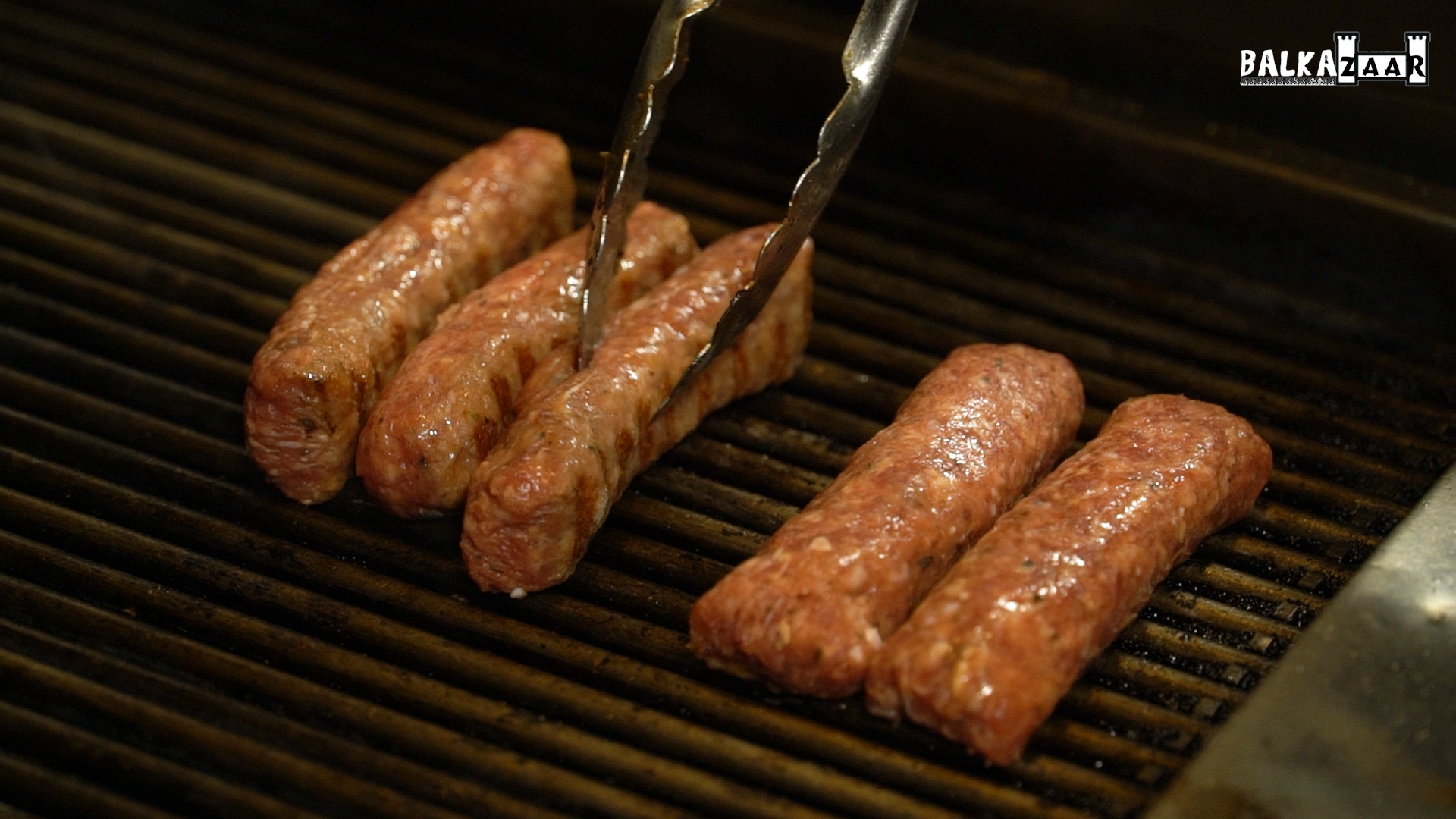 The best known story about the origin of the mici, unfortunately unsupported by much evidence, is related to a tavern located at 3, Covaci Str., in the historic heart of Bucharest, kept in the 1800 by a certain Iordache Ionescu. The tavern gained popularity among journalists, writers and other personalities who would enjoy the generous portions and the wine served by Uncle Iordache.

The legend says that one evening, with the tavern full of clients, Uncle Iordache ran out of intestines for sausages. To prevent the meat from altering and to avoid unhappy clients, he added several spices and roasted the meat on a grill. This is how, according to the legend, the mici were invented.

Another story, this time historically proven, gives another explanation for the origin of this tasty Romanian course. Not far from Covaci Str. there is “Caru’ cu bere”, a restaurant any tourist coming to Bucharest must go to. 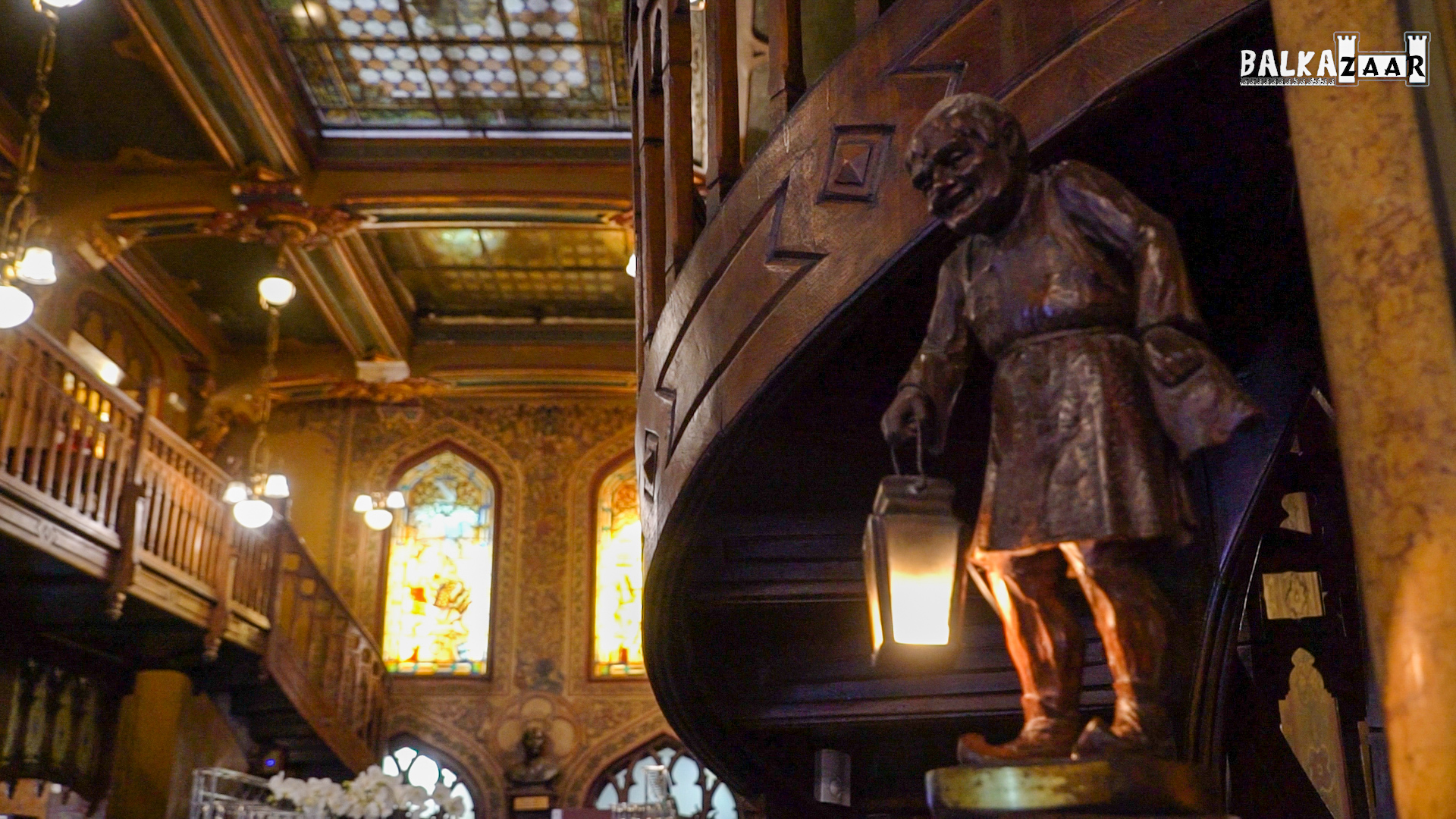 Built in 1899 in Neo-Gothic style, based on the plans of the architects Zigfrid Z. Kofczinski and Al.Pesch and richly decorated with paintings, stained glass, mosaics and carved panelling, Caru’ cu bere quickly became an attraction for the people of Bucharest, always keen on trying something new, good food and beverages.

In a letter kept at the Romanian Academy, written in 1920 by the chef at the Caru cu bere, we are revealed the much more “earthly” origin of the mici. A story that takes us across the Balkans, passing through Greece and Turkey to arrive in Serbia, and then on the tables of the taverns in Bucharest. This is what it literally tells us about the mici:

“The mititei are a culinary product made of beef, being, when cooked, seven to eight centimetres long and about three centimetres thick, served as a snack between meals, with a glass of beer, as an entrée, or as a course in itself. They originate in the Balkans, in Serbia, but can also be found in Greece and in Turkey, from where they were adopted by the Romanian cuisine. As their name suggests, they are small rolls, and have been called as such: mici, in the Kingdom of Romania. They are made of meat with spices and are meant to delight the taste of the guests. They are only served freshly grilled on charcoal, with cutlery or toothpick when a snack.”

In this long journey, each people contributed to the recipe of the mici, which reached perfection in Bucharest. As essential ingredient which clearly differentiates the Romanian mici from the ćevapčići or ćevapi in the other Balkan areas, is the baking soda. Baking soda makes the Romanian mititei fluffier and juicier. Without this ingredient, the mici would look and taste like the kebab, the kofte, or other coursees made of minced meat.

The mici these days

At present, the mic is considered the “king” of the Romanian street-food. The Romanian Meat Association estimates an annual consumption of 440 million mici. 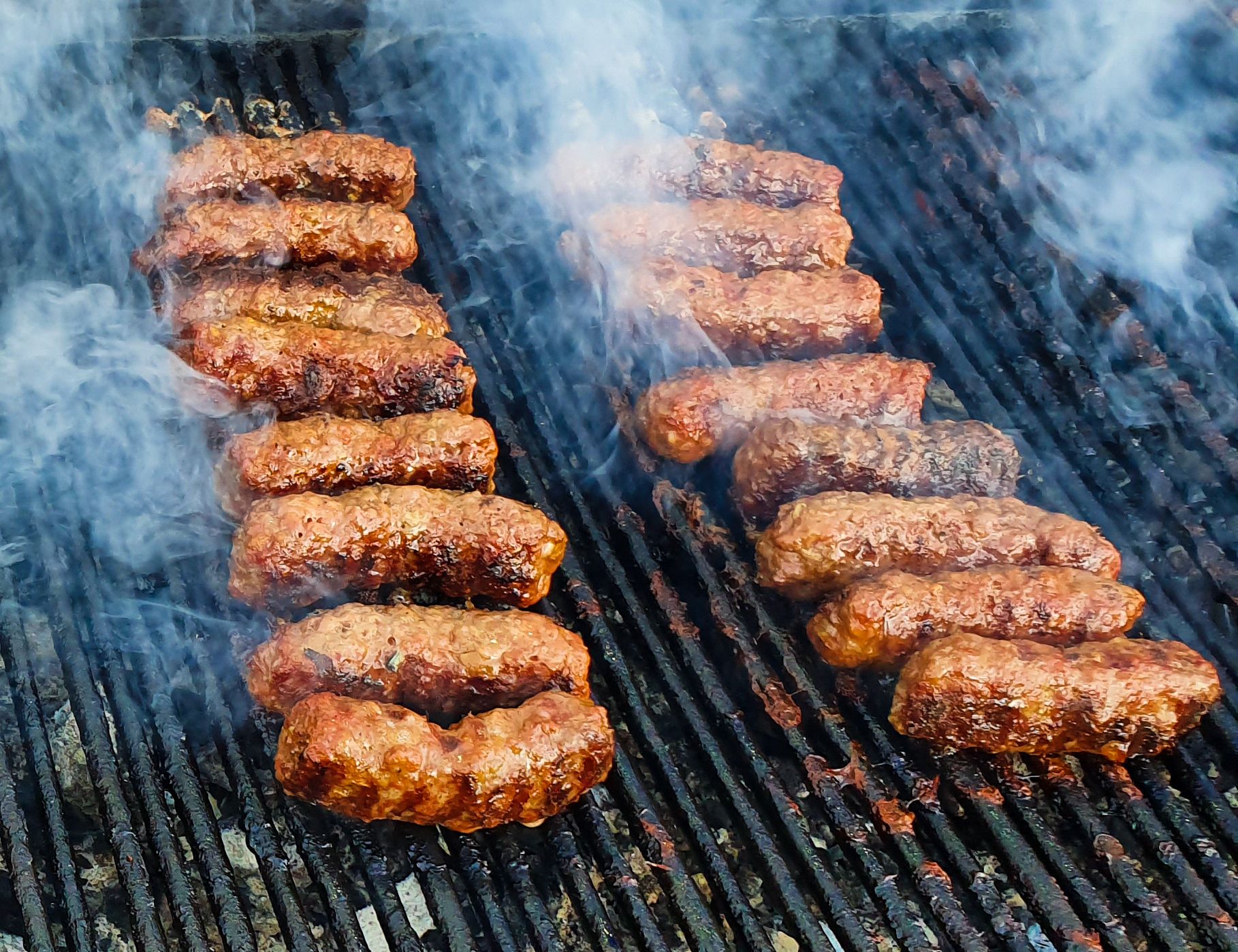 The Romanian mici can be found in the most elegant restaurants, as well as in markets and at pit stops, such as the one at Dealu Negru-Dedulești (Romania), well known for the tasty mici they serve. In Bucharest markets, such as the Obor market, there are almost always queues next to the grills where the mici are made and served on a small carton plate with mustard and a few slices of bread. This is probably the biggest secret of the Romanian mic. It goes well with almost everything: mustard, bread, chips, pickles and mainly with an icy glass of beer.

The cult of the mici in Romania culminates during the May 1 holidays. Tradition says that all Romanians must eat mici on the Labour Day. Either in a restaurant or self-prepared at a barbeque, the mici cannot be missed on this day.

Searching for the origin of the mici and curious to retrace the popularity of this course, we had the idea of recreating one of the first authentic recipes of the Romanian mic. We have chosen the consecrated historic recipe of the Caru cu Bere, discovered in the archives of the Romanian Academy in the 1920 letter of the chef.

Our aim has been to strictly follow the recipe and to be as close as possible to the romantic atmosphere of Bucharest at the beginning of the 1900s. This is why we have asked the management of this old restaurant, which is now a major benchmark in the touristic map of Bucharest. 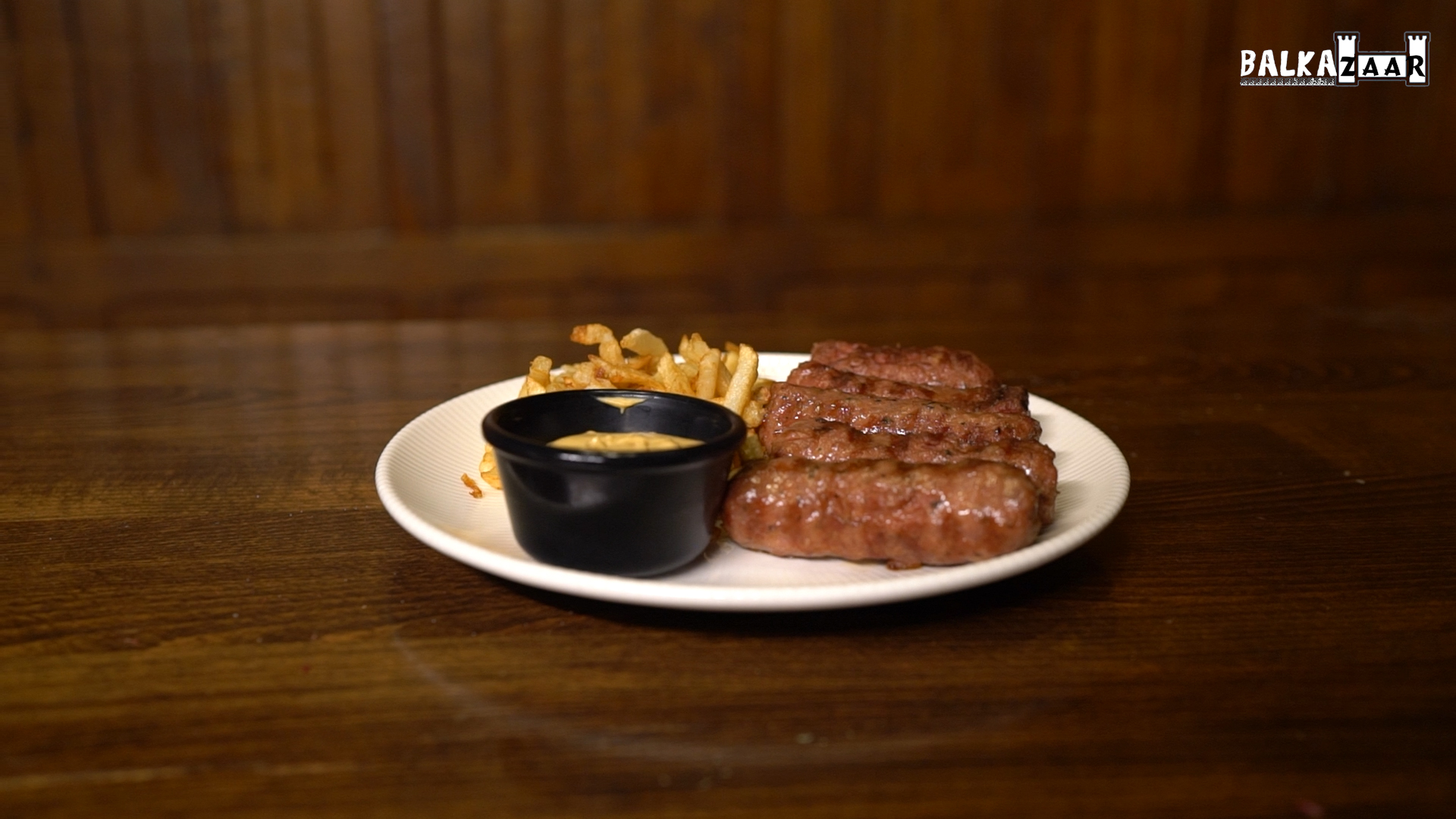 Thus, together with Dan Tudor Țonescu, Head Corporate Chef of the Group owning the restaurant, we have prepared the legendary mici right in this famous location.

We invite you to assist to the preparation of the historical mici which would and still delight, in their current form, the taste buds of the Romanians and of the lucky tourists fortunate enough to taste them. At the end of the video, we offer the original recipe of the mici branded “Caru’ cu Bere”, as disclosed in the letter 100 years ago. Discover more about the Balkans‘ culinary diversity on the FOOD section.

Last but not least. The taste!

But wait! Modern technology can help us learn the how to prepare the tasty mici and show some images, but has not evolved yet to convey the aroma and the taste. 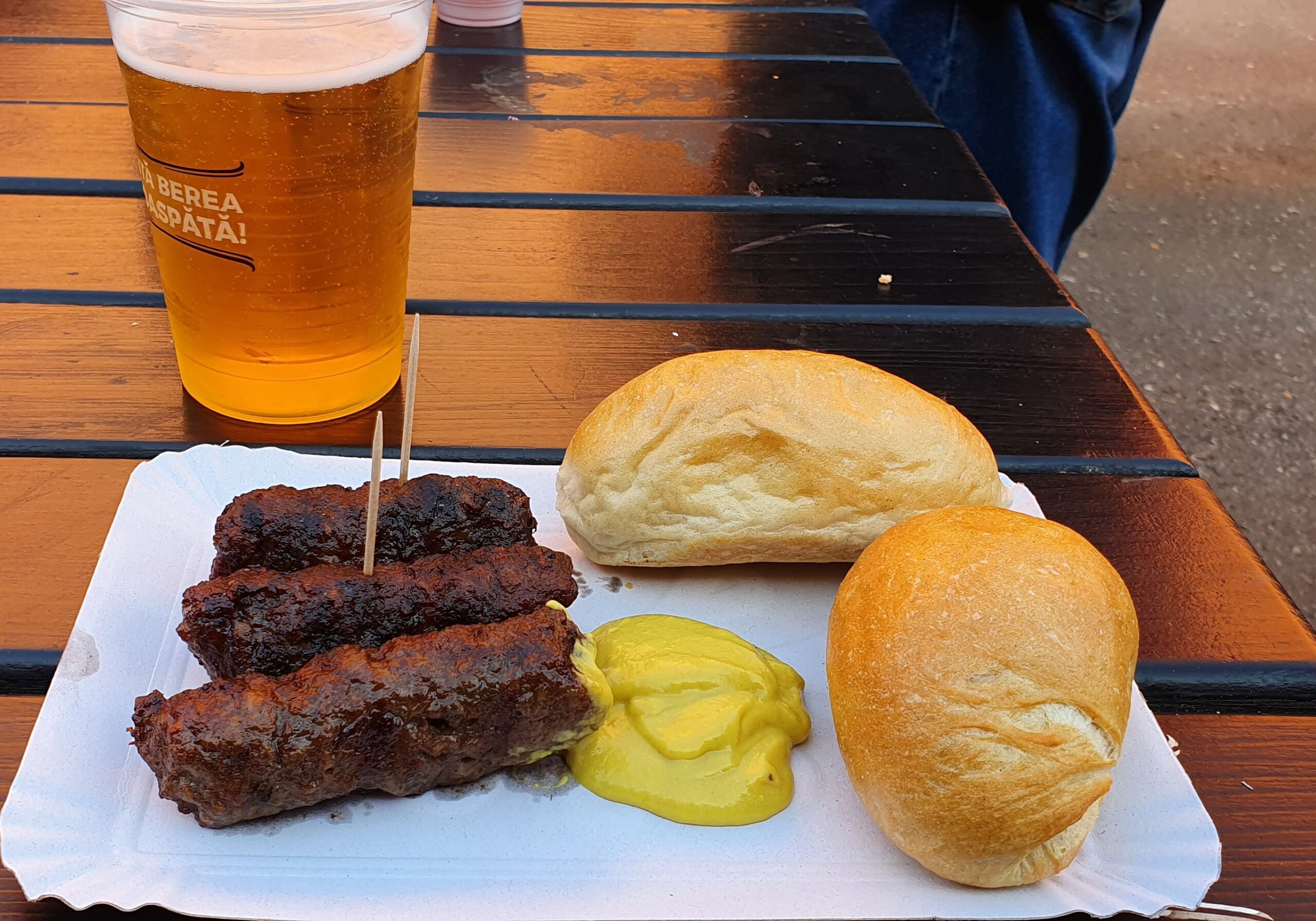 Not to leave the questions about the taste of the mici in the old times and about their differences against the mici nowadays unanswered, we have asked for the help of a “mici specialist”, a man with a rich experience in eating mici at least with a glass of beer, in all the places where they are likely to be cooked. We are speaking of the very author of this article.

Nevertheless, no matter how they are prepared, based on the new recipes rich in pork or based on the old recipes, using beef, the mici are a must for any non-vegan tourist visiting Romania.

Please do not trust my word, try them! 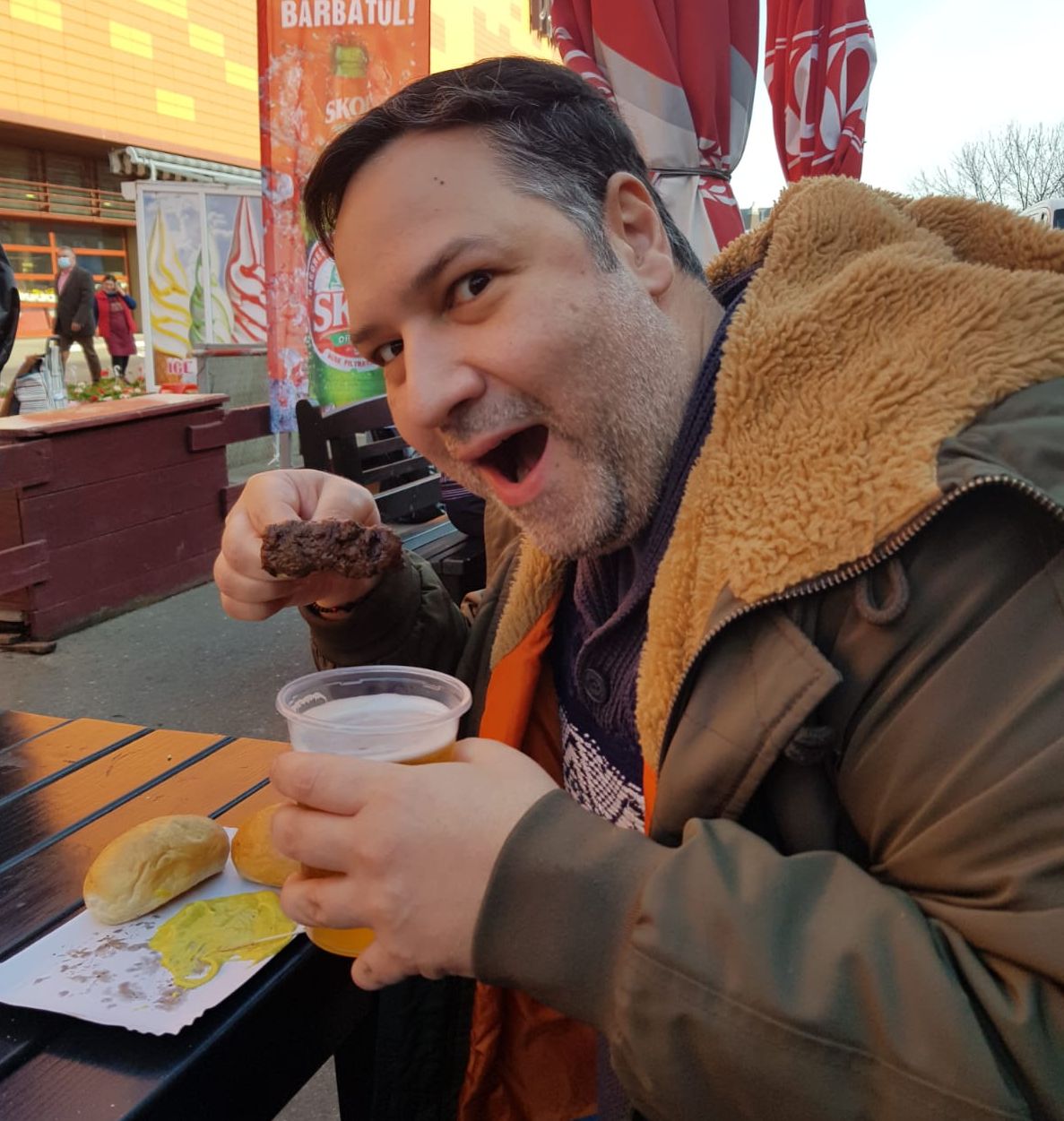