With the speed of life these days and the heavy urbanization, very few places in the world preserve the archaic, deeply rural spirit.

A unique place in Europe judging by these standards is the marble village, as the hamlet Alun, in the Padureni County, district of Hunedoara, Romania is known. The name is not only a metaphor, as all the houses in the village are built in a traditional style, with marble foundations.

What makes this place even more special is that now it is almost deserted and the houses are exactly in the same condition as they were tens of years ago, when the inhabitants had to leave them and the village for the towns, in search for jobs.

The most precious rural road in the world

Whoever wants to reach these places has to cross first Ghelari and Ruda, towards Poieniţa Voinii, up to the point where the asphalt is over. But the road does not stop here, becoming instead fabulous as a winding marble path begins.

The locals built this road not by arrogance but because then, in the 60s, there were no other materials available. The paradox is they could not afford asphalt, but there was plenty of marble.

The Alun marble, comparable to Carrara 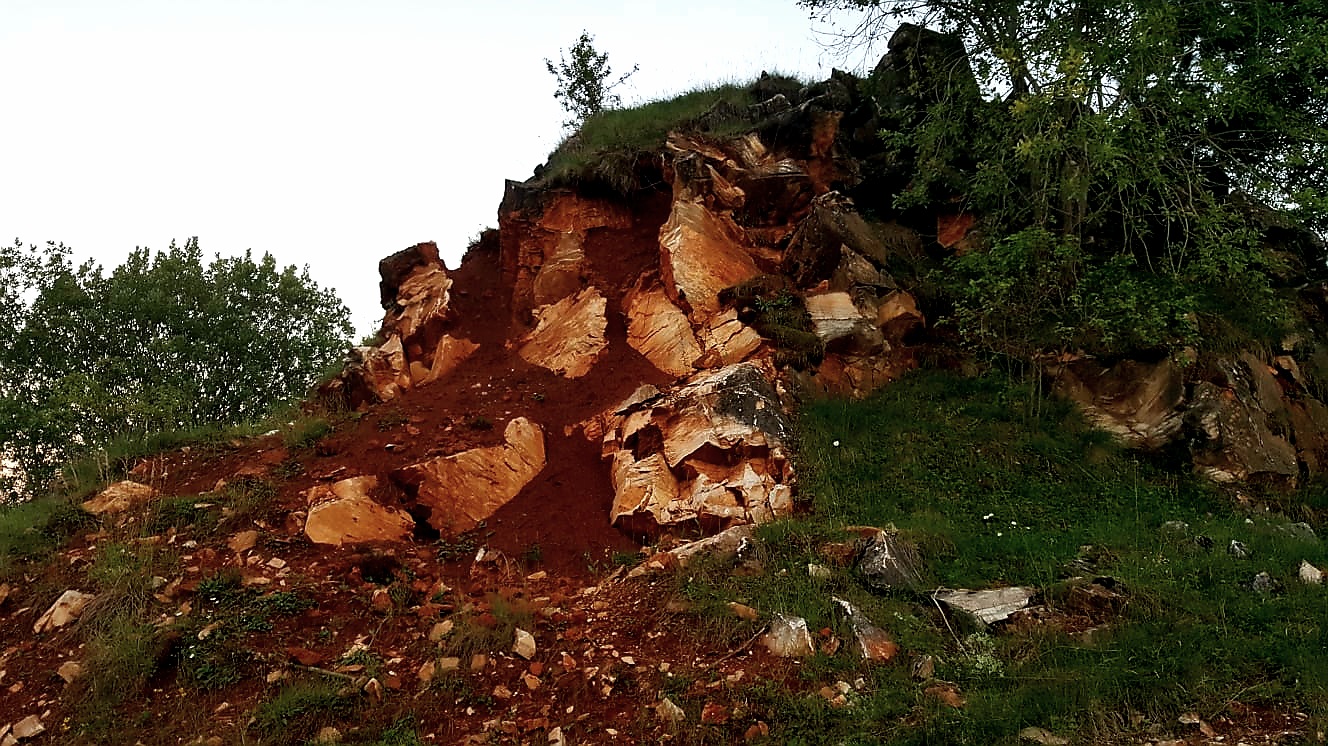 Once upon a time, there was a marble quarry at the entrance to the village, so this “aristocratic” rock was at hand for the villagers. They used marble not only for the construction of the houses, but also for stables, basements, as well as for the church.

During the years, the marble quarry at Alun was exploited by the Austrian, then by the Rojas Italian brothers. Famous at that time, the Rojas had a processing plant in Arad, but maintained closed links with the marble processing plants in Carrara. There was a time when the Alun marble was in great demand by artists and stone carvers. Even now there are sculptors who love it for its fine granularity that allows for easy processing. They say this marble can be compared to the Carrara.

The House of the People in Bucharest, built entirely with Alun marble 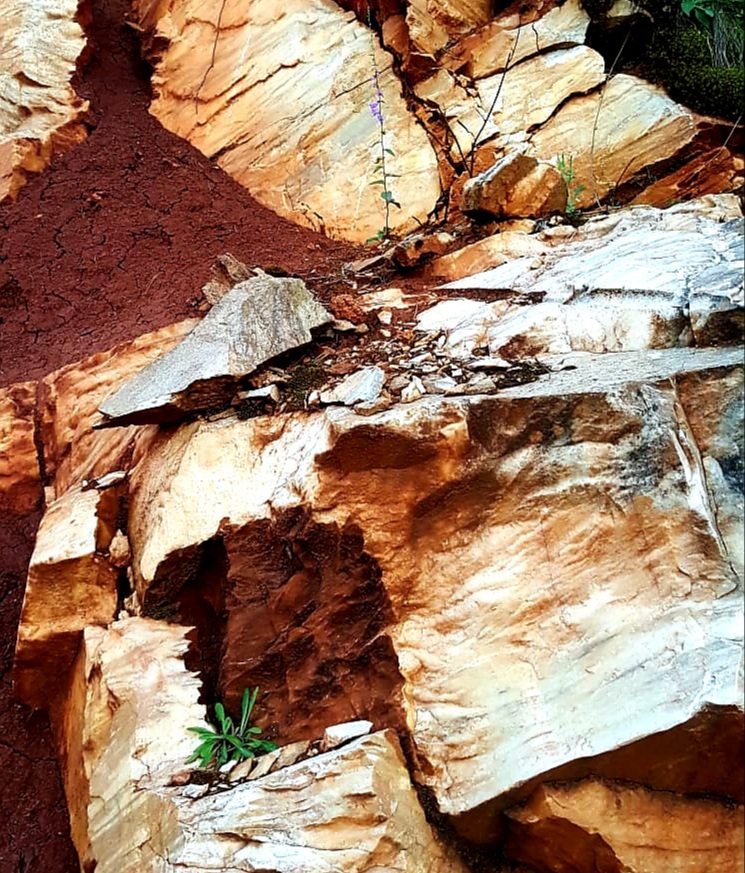 Historians say that the locals in the County of Padureni have used marble for almost two centuries. Blocks of marble used for the construction of several important buildings were delivered from here.
Perhaps the most significant example is the House of the People, the building hosting the two chambers of the Romanian Parliament, the Senate and the Chamber of Deputies. The Primaverii Villa, where the formers dictator Nicolae Ceausescu and his wife Elena used to live, was also built using Alun marble.

The House of Parliament in Bucharest, Romania, known during the communist era as the House of the People, has 9 overground and 9 underground storeys. According to the World Records Academy, the House of Parliament is the largest administrative building for civilian use in the world. It is estimated to be the most expensive and the heaviest building of such type.
Its construction marked the last intensive use of the Alun marble, as shortly after the 1989 Revolution the quarry was abandoned.

The County of Pădureni is a place where any tourist seems to travel back in time. Here, life has not changed for hundreds of years as urbanization spared these places, but mainly as most inhabitants have left for big cities in search for a better life. 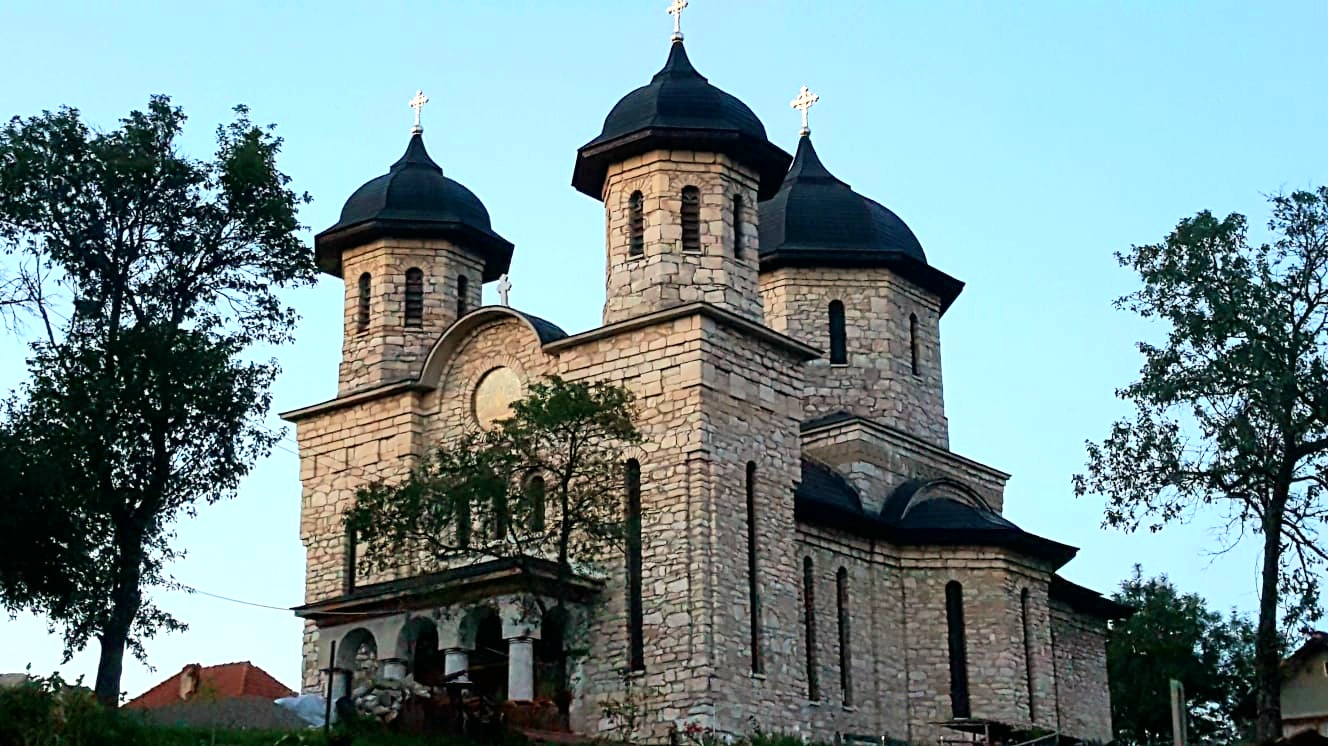 At the centre of the Alun village, a point that can be seen from all corners of the settlement with almost 60 houses, there is the church. White, imposing, this building has been the pride of the locals for tens of years. The church, made entirely of marble, has an imperial stand and defies the desert around. 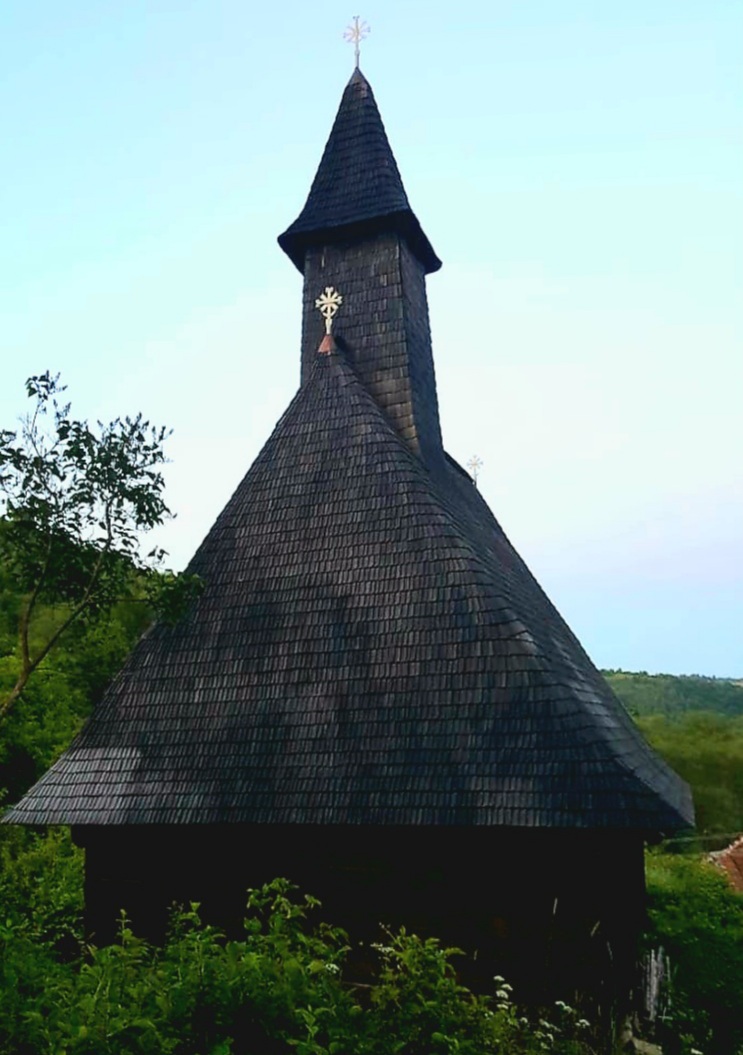 Its building started before WWII, then the people in the village wanted a bigger church than the old one, where they had been praying for hundreds of years.

They succeeded to build it between 1937 and 1939 and they entirely painted it in 1963-1966. The very few people who return to the village in summer pride with this church, unique in the country, whose walls are entirely made of marble. At present, two nuns are taking care of the place.

The old church of the village, made of wood in a traditional style, has been declared a historic monument. It is located on top of a hill, somehow hidden between the abandoned houses. It is surrounded by tombs several hundreds of years old where inhabitants rest. It is also a place of burial for soldiers in WWI.

The plate next to the 18th century church, consecrated to the Dormition of the Mother of God, writes: You are on the track “Marble Road” – Wooden Church – Alun. 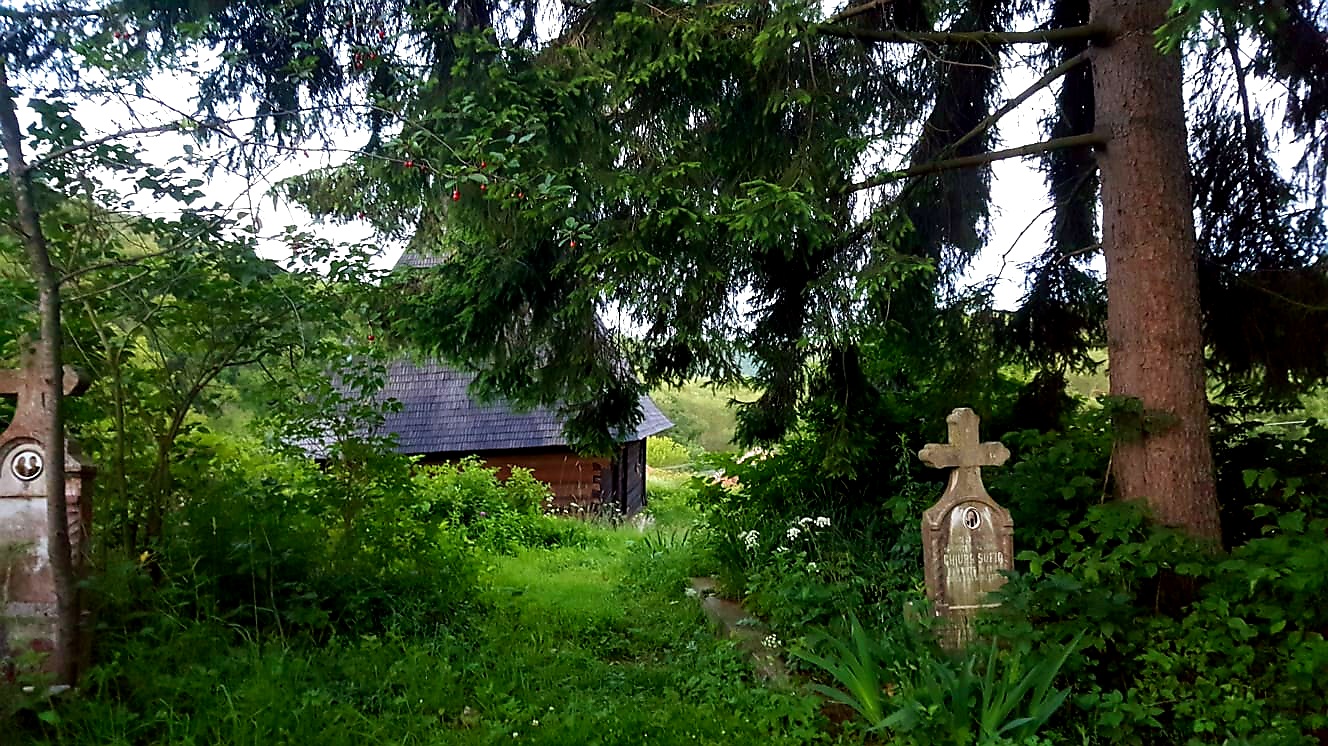 The road leading to these places is not simple. Whoever wants to visit this place needs a four-wheel drive vehicle. 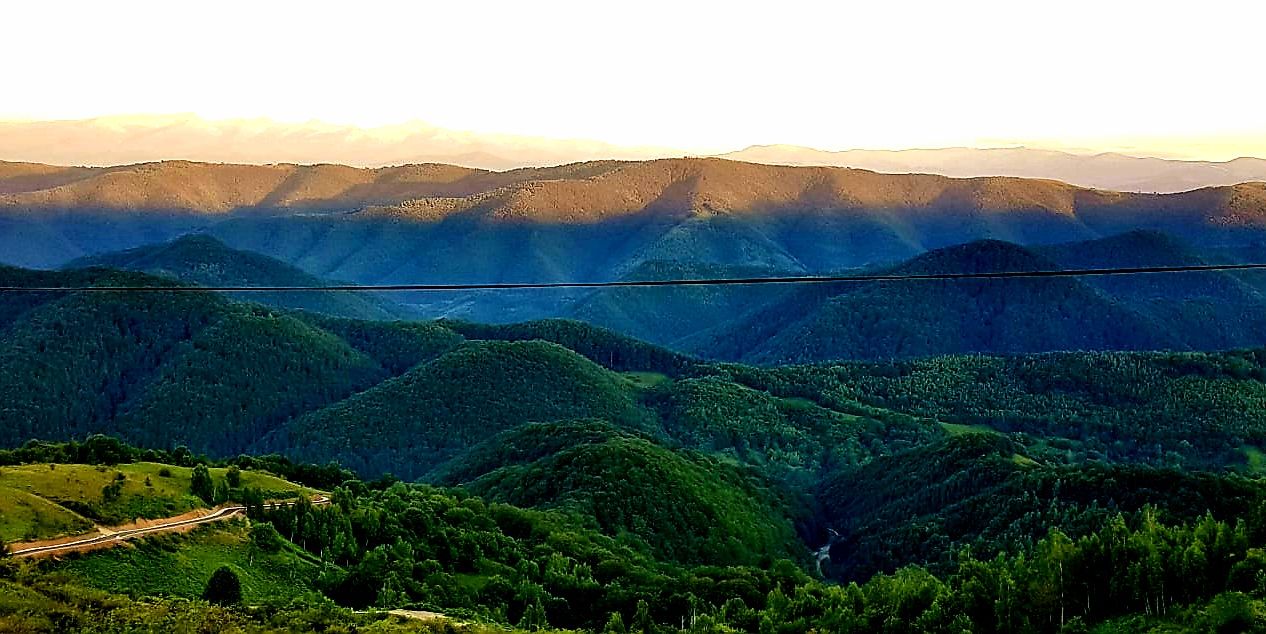 Alun can be reached after a steep, winding descent of the main road between Poienița Voinii and Bunila, a road that crosses the flat top of the Poiana Ruscă Mountains. Then, from the bottom of the valley, the road goes up to the bright summit. Then you will know you are on the marble road to Alun.

Other tourist attractions in the area