The Wish Tree Campaign – Restoring hope for a better Year

On a gloomy November evening, my steps quickly led to the Ekfrasis translation office, where I had to pick up a translation. I was exhausted after a week in which bad luck had knocked on my door: I’d had the inspiration to present a disastrous paper in one of my college classes, I’d attracted like a magnet the STB (Bucharest Public Transport Company)  inspectors who fined me l, I’d knocked over a co-worker’s laptop out of imprudence. The hustle and bustle of Bucharest don’t help when you have to get out of a never-ending string of bad luck. It was going to be a short meeting and I would finally arrive in the oasis of peace that I call HOME. 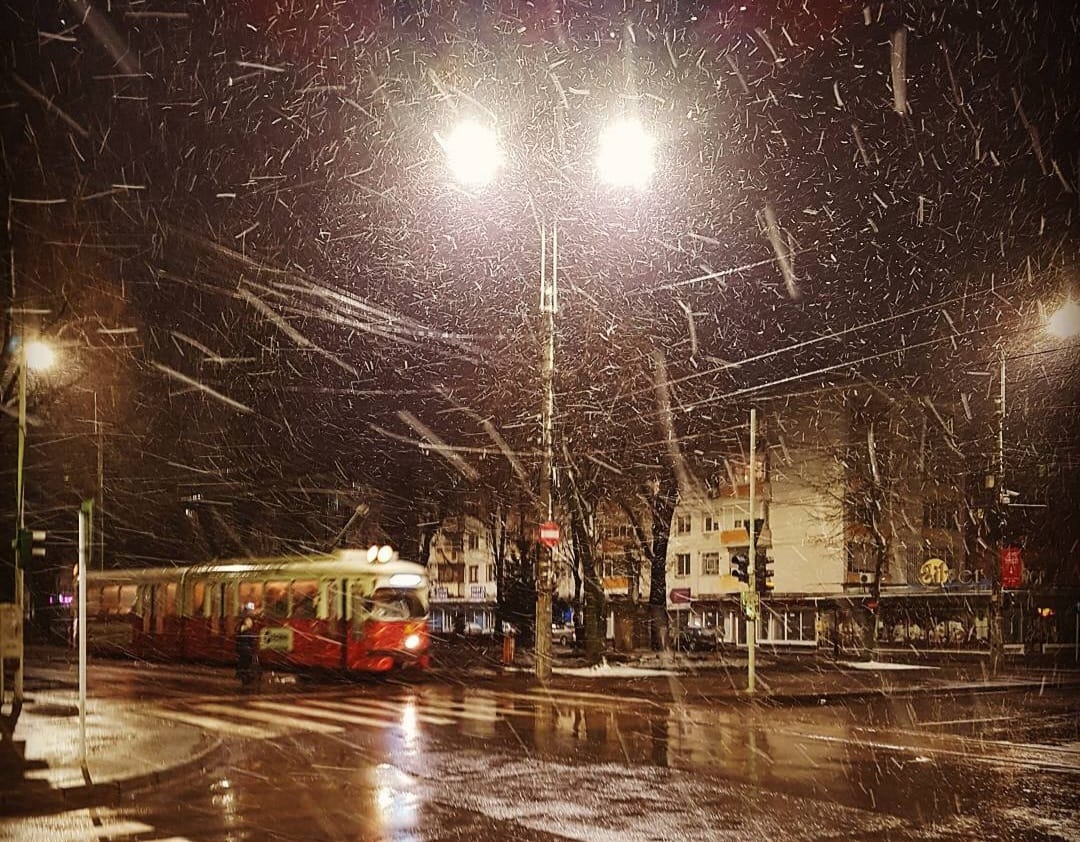 Alina Margineanu, a lawyer by profession and artist in her free time, was waiting for me at the office. For those who don’t know what the atmosphere is like in a translation office, it is characterized by the chaos created by the ringing of the phone, announcing new translations or deadlines. That evening I found not chaos, but hope. Alina is the kind of person who can find and create beauty in everything. She creates non-conformist Christmas trees around the holidays, creates dresses from recyclable materials and has set up a library with her own money in the stairwell of the apartment building where she lives in Piata Romana. At that moment I didn’t know these things, and Alina was trying to find out what was bothering me so much that I had started to resemble the characters from the Greek tragedies.

I barely remember the conversation from that time, but I clearly remember that she told me that she wanted to make a Christmas tree out of letters written by children to Santa Claus and asked me to get her as many letters as possible. Admittedly, at that moment I was still overwhelmed by the all of the unfortunate events of that week, but on the way home I thought obsessively about that Christmas tree made out of letters, which she created every year. Being a teacher myself, I started thinking about what the children could ask for in their letters and how beautiful and original it is to create a Christmas tree from those letters. I remembered my childhood and the joy I felt around the holiday season. Back then, the holidays were about trips to the mountains, nor about the burden of rising food prices. The house smelled of fir and oranges, we lived more simply and we were happier. I instantly wanted to find that childhood joy again.

Thus began the adventure of finding the joy of childhood! My collaboration with Alina Margineanu reassured me that it is still possible to find joy in simple things. This year over 400 letters were collected from which the Wish Tree was created. Children from several schools joined forces to write letters and create a Christmas tree, which was intended to raise donations for the children of the Alex Tache Foundation. What is really impressive is that the children wrote knowing that they will not receive the requested gifts, but that their letters will help other children from a foundation to find a home. Their gesture showed me that those of us who criticize the new generations saying that they are worse than their own generation are jumping to conclusions. The new generations are different, but being different doesn’t necessarily mean bad! Their noble gesture showed me that the younger generations have a different lifestyle, but we all share the same kindness in our hearts. 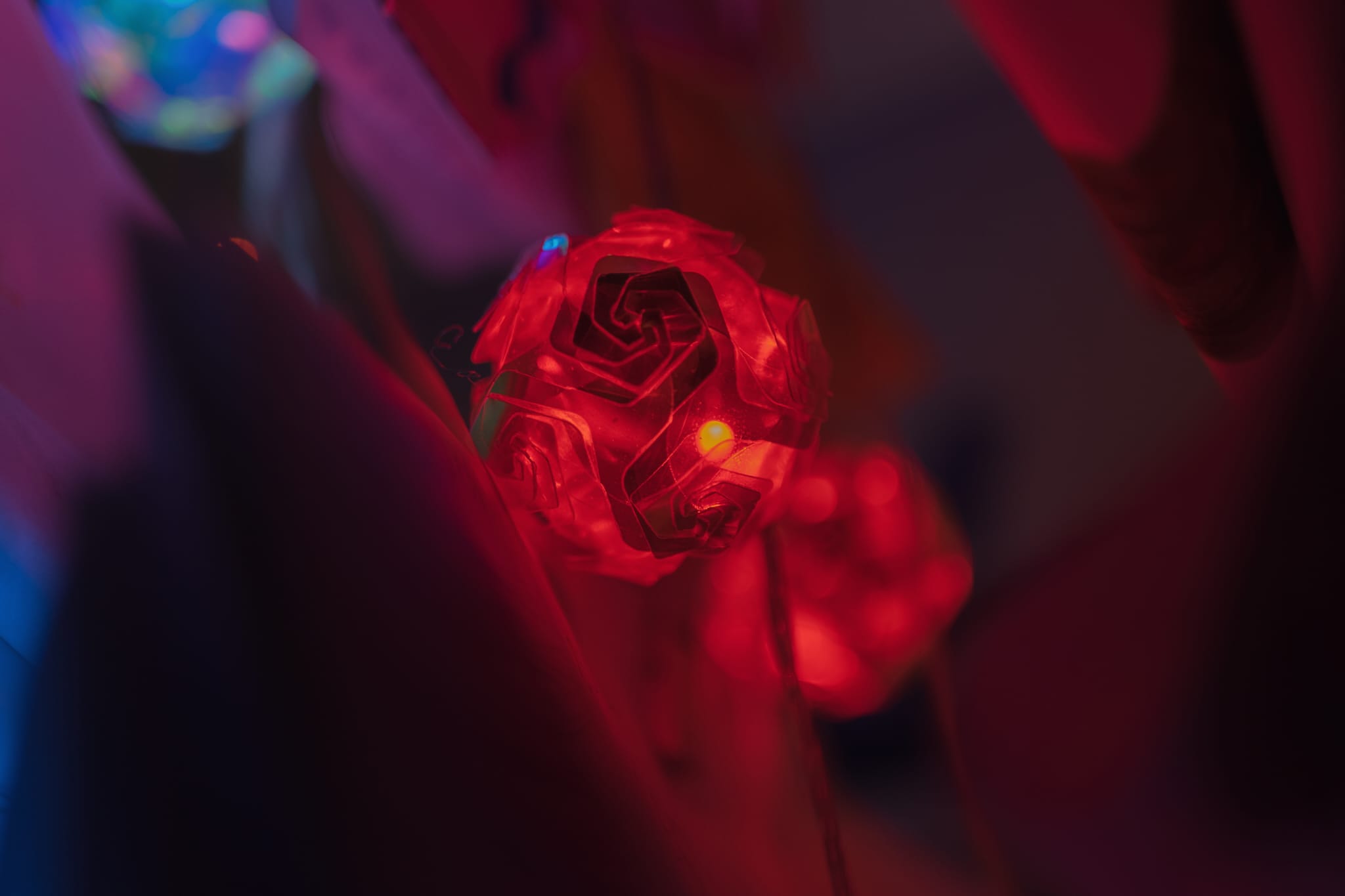 I received letters from two schools in Bucharest, from the schools in Ograda and from Vladeni in Ialomita, from a school in Buzau, from an elementary class of the Art School in Slobozia and from the Romanian diaspora in Cyprus. The content of the letters is impressive, each school having its own “mark”, by which I mean there are schools that stand out for the hospitality shown by the children when they write that they are waiting for Santa Claus with a cup of milk, gingerbread and carrots for the reindeer. There are children from other schools who show true Christmas spirit and urge people to buy the Wish Tree. There are also children who ask Santa Claus to not bring them anything this year, but to instead give their gifts to the underprivileged children. There were a lot of modest children too, they ask only for them and their families to be healthy and happy. There are few who ask for gadgets and many who only ask for sweets, toys or fruits. Today’s children haven’t lost their simplicity, but we adults don’t know how to embrace it anymore. Some of letters, few of them, but enough as they are, in which the children wanted only for their parents to stop arguing or to be able to hug their grandparents once more. Sadly, the last request will forever remain just that, a request, because once we leave this world, there is no coming back.

Alina’s small idea to make a Christmas tree out of children’s wishes proves that the new generations are not lost, in fact they are better than we were, and these children put their hearts in those simple, modest and generous letters. The Wish Tree was exhibited at Otopeni Airport, along with other trees created by Alina. Each Tree has a name and its own story. Words are not enough to describe them. Noteworthy are the Lady, Beauty, Diva, Toy and Chair trees. All of them have attached the QR code from the Alex Tache Foundation and people can donate money by scanning that code to help build a house for 12 children from that foundation. With a simple donation, the wishes of more than 400 children, who wrote with the thought of helping other children, can be fulfilled. Children don’t have the financial means to donate themselves, but they show us that they can do just as much good just by using their own words.

The Wish Tree has already done the first miracle! Apart from collecting the letters for the tree, the campaign also meant choosing a school from those that sent us letters and fulfill the wishes of the children who sent them. Thus, the Wish Tree chose to go to the school in Vladeni from Ialomita, where the wishes of over 115 children were fulfilled. The campaign did not aim to find sponsors, but to achieve a rapprochement between the rural and the urban environment. The idea was for the people from the urban environment to stop from their typically chaotic rush and look towards the children, to devote them some time and money. This way, a “Santa” was attributed to each child. Everyone chose as many letters as they wanted and they played the role of Santa Claus, buying what was written in the letter, many even choosing to buy more than that. The people chosen were some close friends, but also many acquaintances. No one refused the proposal and even very busy people put in time in order to do selfless good. They were not promised formal thanks or any other remuneration. The Wish Tree worked wonders, there were people who referred to the chosen children with the nicknames: my little girl or my little boy. The “Santa Clauses” are simple people, most of them belong to the middle class, which proves that you don’t have to be rich in order to do well.

The day before going to Vladeni, the Wish tree performed another miracle: the Ekfrasis translation office was full of gifts for the children, and the words that could be heard throughout the office were no longer those from official documents, from a specialized terminology, but words chosen by our Santa Clauses in the form of letters attached to the gifts, as if coming from the real Santa Claus. Each Santa left his personal mark on the gifts, some left beautiful letters in the gifts, others wrapped the gifts in a unique way, but everyone dedicated TIME!

The moment of the wish fulfilment was a magical one. Throughout the campaign I had the impression that the professors and principal of chosen school did not believe that the children would really get what they asked for. It’s normal that they would have their doubts, since they hear all the time only news about theft, corruption, injustice. The road to Vladeni was bumpy, it was snowing on Aviatorilor Boulevard, from Chirana to Vladeni there was a thick fog. The landscape also was in tune with our feelings of uncertainty. We didn’t know how it would turn out, what the children’s reaction would be. The children had been waiting for us since morning and also had to wait for the gifts to be unloaded. I was watching them through the half-open doors, the emotion and impatience could be read on their faces. The first person who calmed down was the vice-principal with whom I had collaborated to collect the letters, when she saw us she was sure that everything was real!

The children welcomed us with carols and a festive atmosphere could be felt in the classroom. At that moment I wished that a divine force would distribute the gifts so that we could just sit and enjoy the happiness together with the children. This was not possible, but the children’s smiles gave us strength to resist the emotions that overwhelmed us. I couldn’t help but notice the children’s surprised gazes when they saw the size of the gifts, other children with their heads in the gift bags looking for gifts, a little girl kissing the box in which the much wanted doll was, brave children who had the strength to say thank you in front of everyone, parents touched by their children’s reaction. We were happy, the little ones were happy, the Santa Clauses were happy to hear of the children’s joy and we all found the joy of the holidays in simple things.

We enter the New Year with hope, hope that next year the Wish Tree will make even more children and more adults happy, because Alina Margineanu’s theory has been confirmed: the Wish Tree does not only make children happy, but also the adults who contributed to the children’s happiness! The Make-a-Wish campaign has theoretically come to an end, but it leaves a door open, one that urges us to step into the realm of generosity, which is open all year round, not just around the holidays.