In Bulgarian Dobruja, on the Black Sea coast, 36 km from Balchik and 60 km from Varna, there is Cape Kaliakra – a natural monument, overlooked by a fortress and having a history of legends originating from time immemorial.

Cape Kaliakra stretches its rocks for about 2 kilometres into the Black Sea, rising some 60 above it, thus providing an impressive scenery reminding more of the Mediterranean landscape, the “black” sea being here divinely blue. 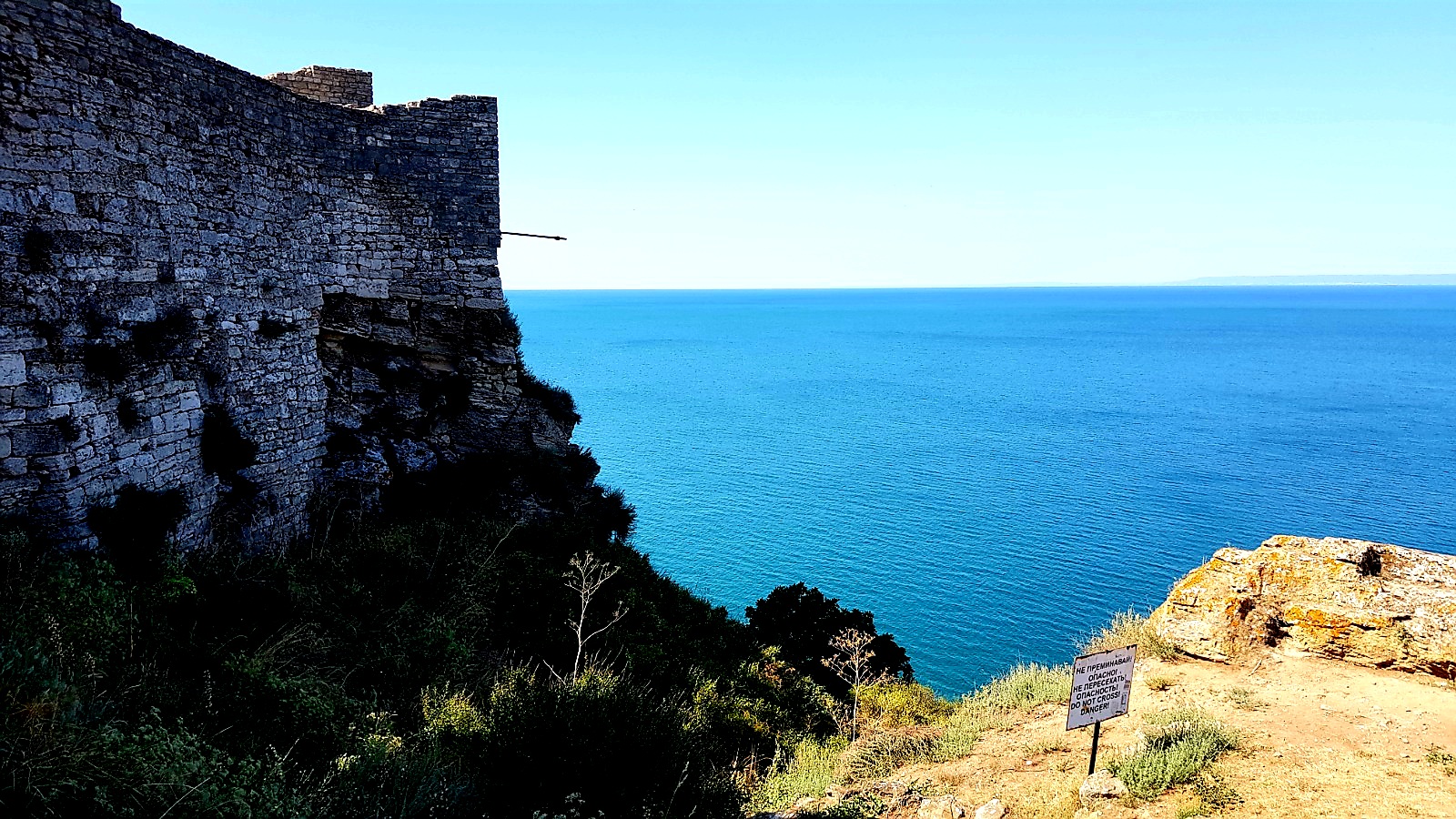 This beauty, together with its significantly strategic importance, being a place of shelter away for strong winds and merciless sea, is suggestive for the Greek name of Kaliakra, which means “the good side”, a name which has been preserved until now.

Cape Kaliakra was occupied initially by the Thracians of the tribe of Tiris who built here a citadel, called Tirisis. Then it successively passed through the hands of the peoples that would temporarily dominate these lands. The Greeks, Romana, Byzantines, Bulgarians, Ottomans and Romanians, they all contributed to the birth of the legends related to this piece of land. 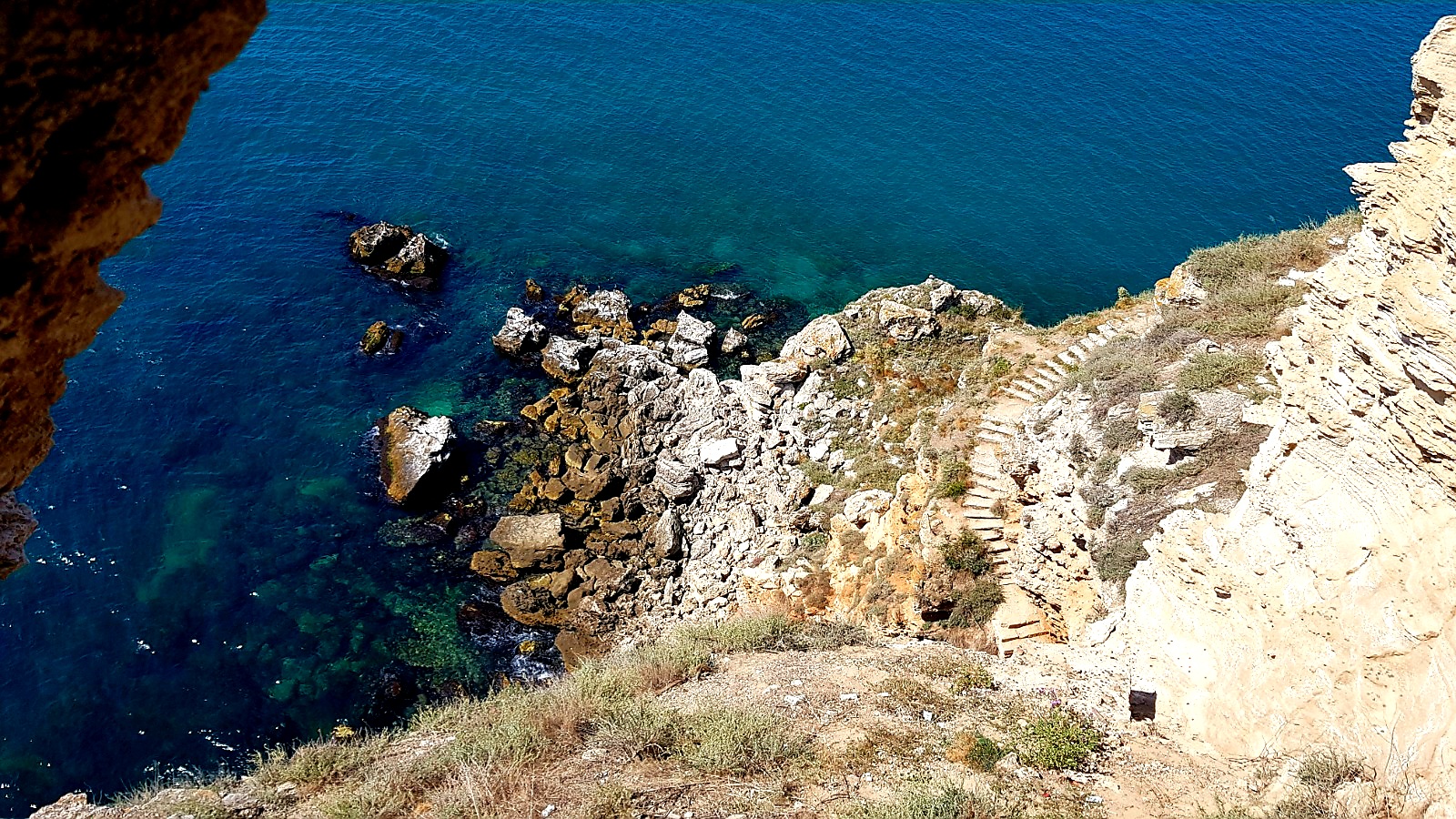 In the 14th century, the Despotate of Dobruja, the last territory of Bulgaria conquered by the Ottomans, settled its capital here, and the numerous Orthodox monks found shelter in the caves along the cliffs, turning them into hermitages.

Historical data show that in front of Cape Kaliakra, on 11 August 1791, took place the largest naval battle in the Black Sea between the Russian and the Ottoman Empires. Although none of the parties lost any vessel, it was a decisive victory for the Russians and the Ottoman fleet withdrew to Istanbul.

They say that Lysimachus, a former bodyguard of Alexander the Great, accompanying him during his entire campaign to conquer Persia, then becoming one of his Diadochi, hid his entire fortune obtained from the battles in the numerous caverns of the peninsula. 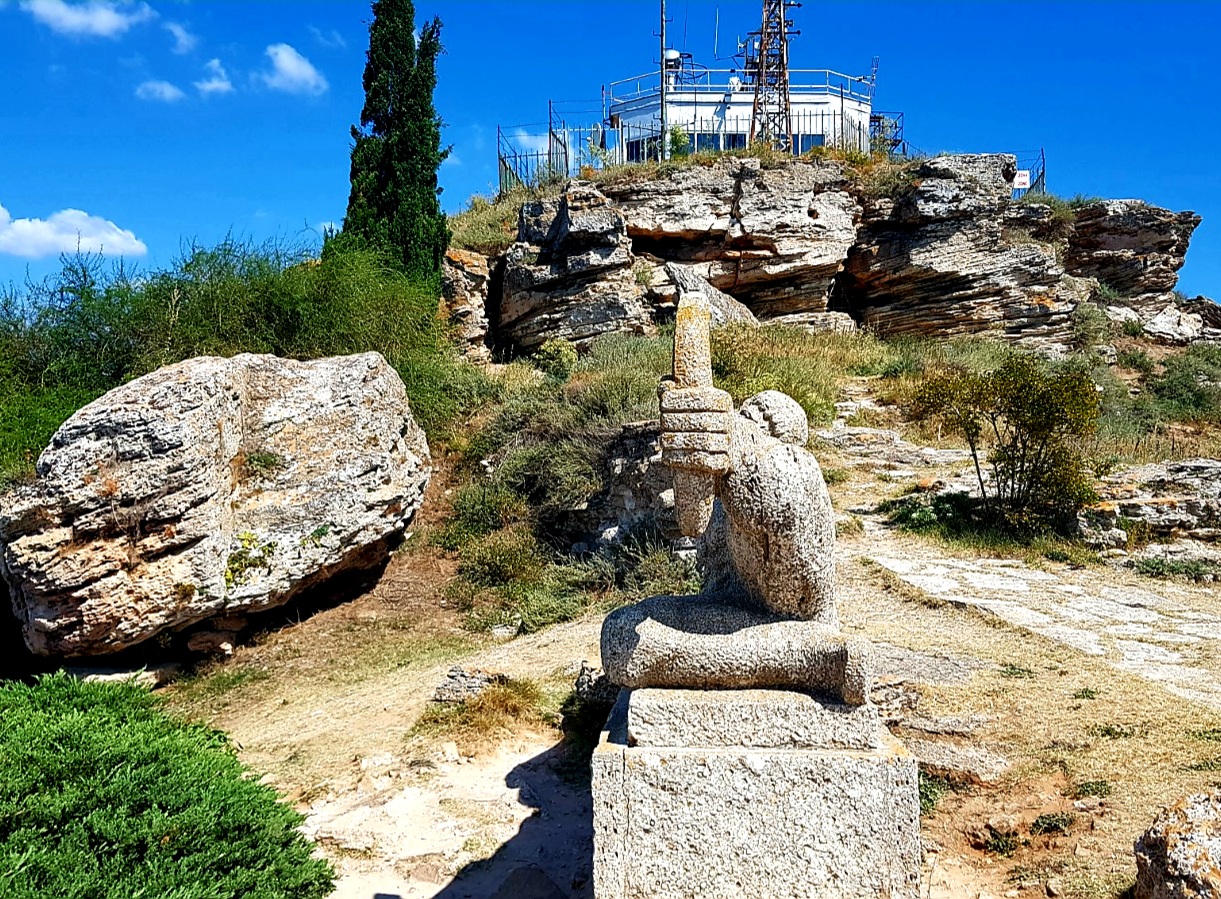 Another legend says that when the Ottomans conquered the peninsula, 40 young girls preferred to commit suicide, jumping into the sea, rather than being raped or taken into captivity by the Turks.

To be sure that none of them would yield to their fear, they tied their long hair, thus pulling one another into the fatal jump. In memory of the sacrifice of these young Bulgarian girls, at the entrance to Cape Kaliakra an obelisk was built, named “The Gate of the 40 Maidens”.

Another legend goes also that God created this stretch of land to help Saint Nicholas, the patron of the seamen, to rid them of the Ottomans. When running towards the sea, God laid new land before its feet to allow for his escape. But also the local histories say that, with all this divine intervention, Saint Nicholas did not escape, being killed in the end by the Turks.

A chapel marking the tomb of the Saint lies on the top of Cape Kaliakra. The fact that Saint Nicholas had lived hundreds of years before the appearance of the Ottomans in the region seems not to have limited the popular imagination, which created a myth to celebrate the greatness of these places.

At present, the tourists coming here can enjoy, besides the impressive landscapes of the Bulgarian coast at Cape Kaliakra, the walk among the walls and gates of the old citadel which hosts the ruins of an old church, of the Roman baths, of several houses, as well as the visit of a grotto which was turned into a small, free-entrance museum displaying various objects discovered in the region. 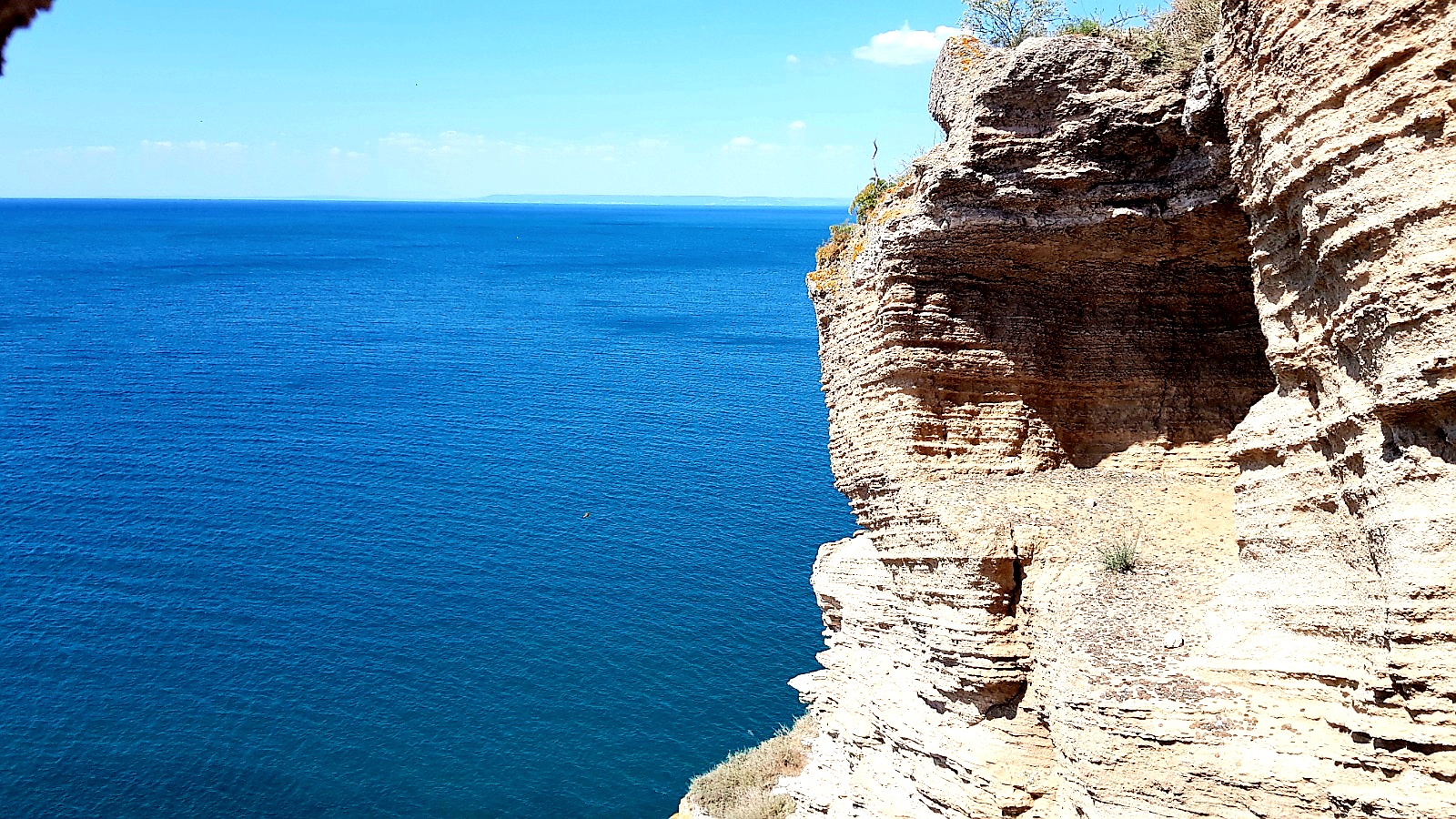 There is also a restaurant on the peninsula where visitors can appease their hunger while admiring the superb landscape. Or, if not is a hurry, they can visit the famous seashells farm Dalboka in the bay of Kaliakra, where they can also enjoy a tasty meal.

During summer, the Bolata beach is not to be missed, this being considered by many to be the most beautiful beach on the Black Sea coast.

Kaliakra is also a protected natural reserve, with hundreds of species of plants and birds, some of them on the verge of extinction.

The entire region is also an important passage route for the migrating birds crossing Cape Kaliakra in late summer and early autumn. 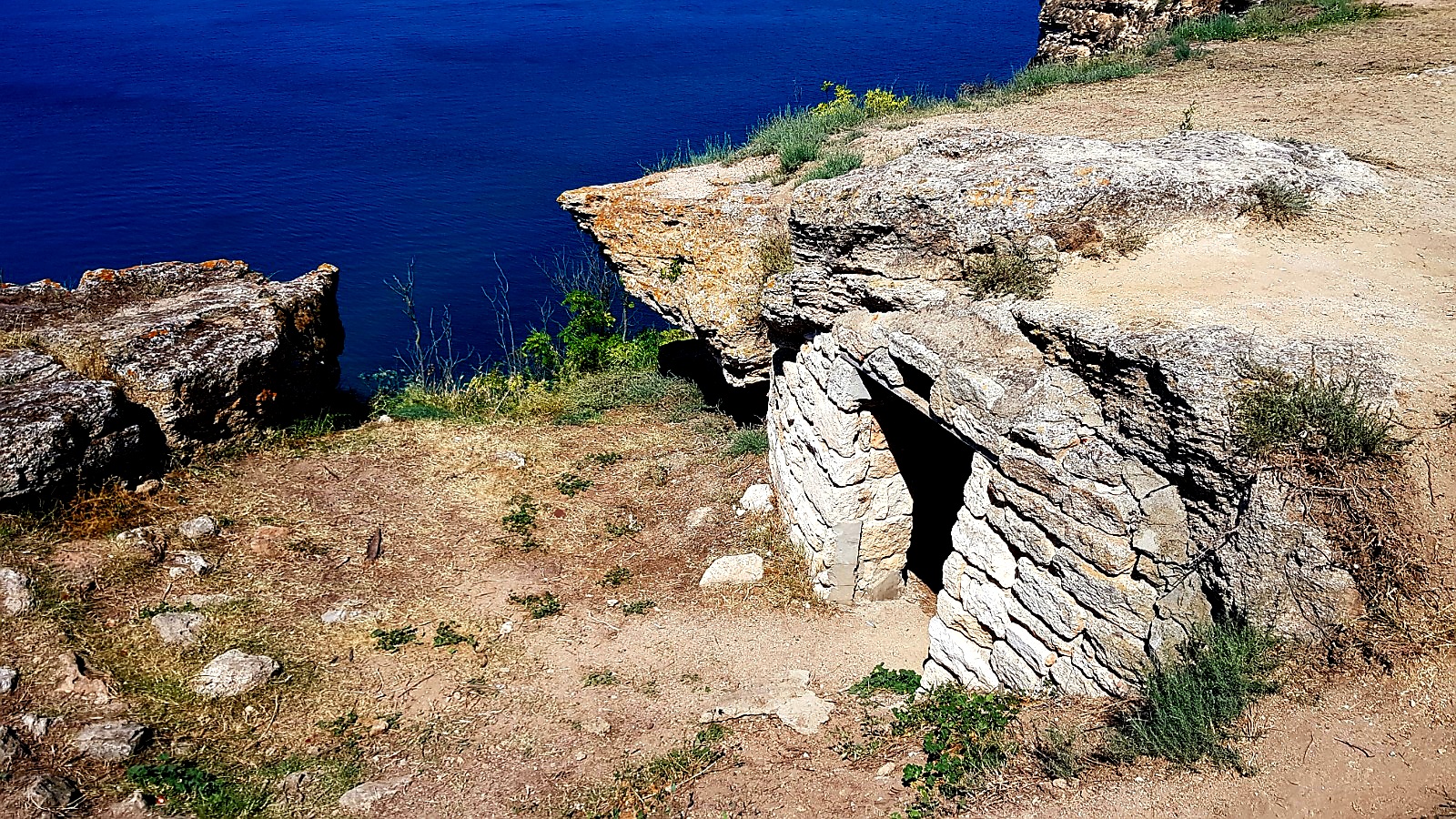