Christmas, the Nativity of Jesus, is approaching with small but certain steps. In addition to being one of the most loved and awaited holidays of the year and an important Christian holiday, this is also the time of customs and traditions passed down from generation to generation. The decorated Christmas tree, the Christmas carol, the cozonac (sweet bread) fresh out of the oven, the steaming sarmale (cabbage rolls), the scenery with religious motifs are ubiquitous in all corners of Romania, and more so in the countryside, where traditions have been kept much more alive than in the urban areas.

Winter traditions are some of the most beautiful in Romania. Some of them attract thousands of tourists during this holiday season.

An ancient custom, almost 300 years old, with a slightly “pagan” character, which can make foreigners run away in fear, yet paradoxically, motivates them to travel hundreds of kilometers and which is fiercely preserved in Cavnic, Maramures Country, is called the Brondosi. 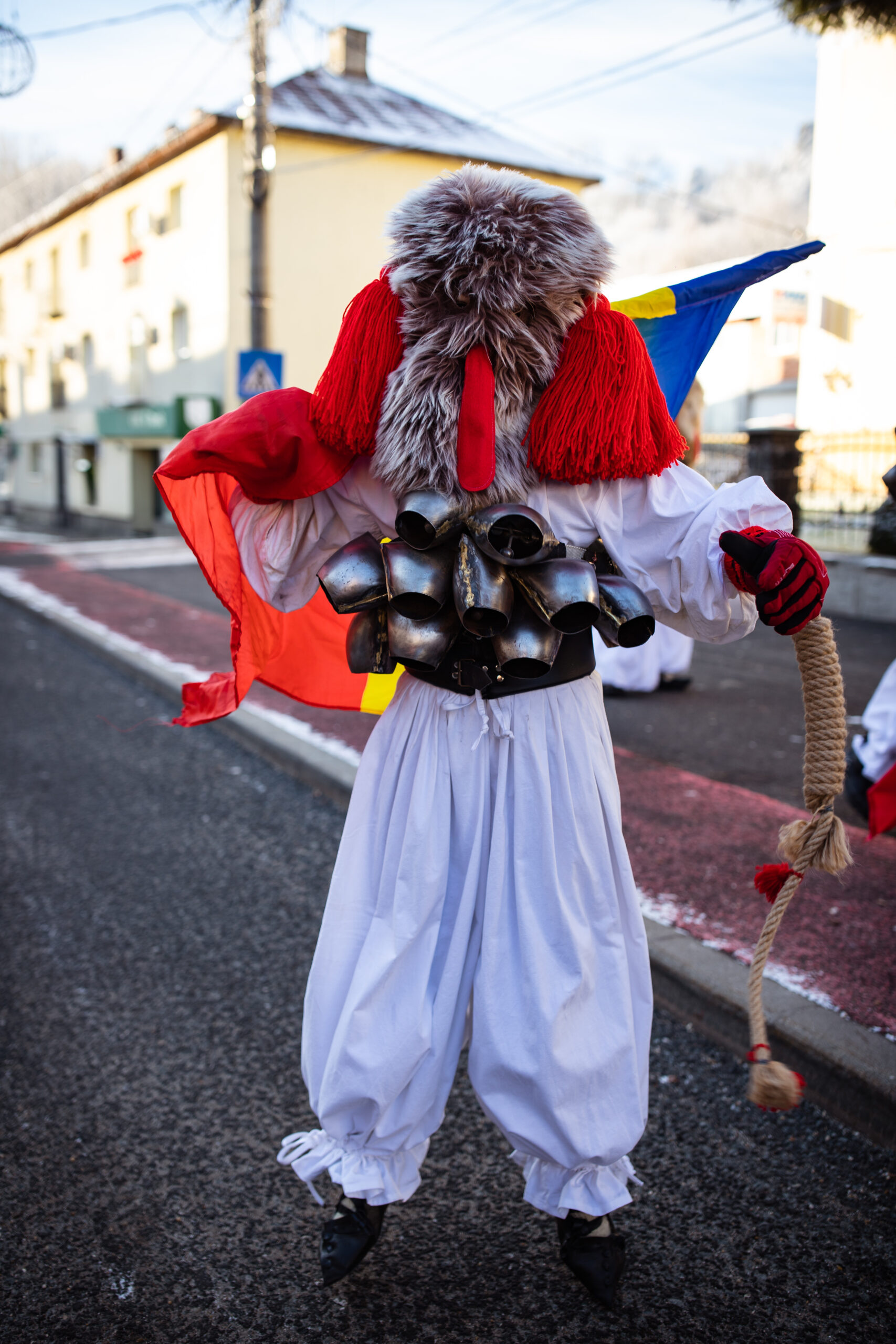 The Brondosi are young men dressed in specific clothes. They wear white costumes, sheepskin masks adorned with red tassels, ribbons and ‘teeth’ made of beans, a red wool tongue hanging on their face and their traditional opinci shoes on. Their clothes are ‘adorned’ with large bells. The larger the bells, the better, because the noise they made with each of their movements indicates the presence of the Brondosi from a considerable distance. In addition to the specific costume, the Brondosi also have whips, which they crack from time to time.

The legend of the Maramures “Brondosi” is deeply rooted in time. They say in 1717 the Tatars invaded the Maramures Country with a large army, killing and destroying all the villages.

At Cavnic, however, the Tatars were faced with a heroic resistance, as some young men, 32 or 34 in number, bravely decided to defend their territory. 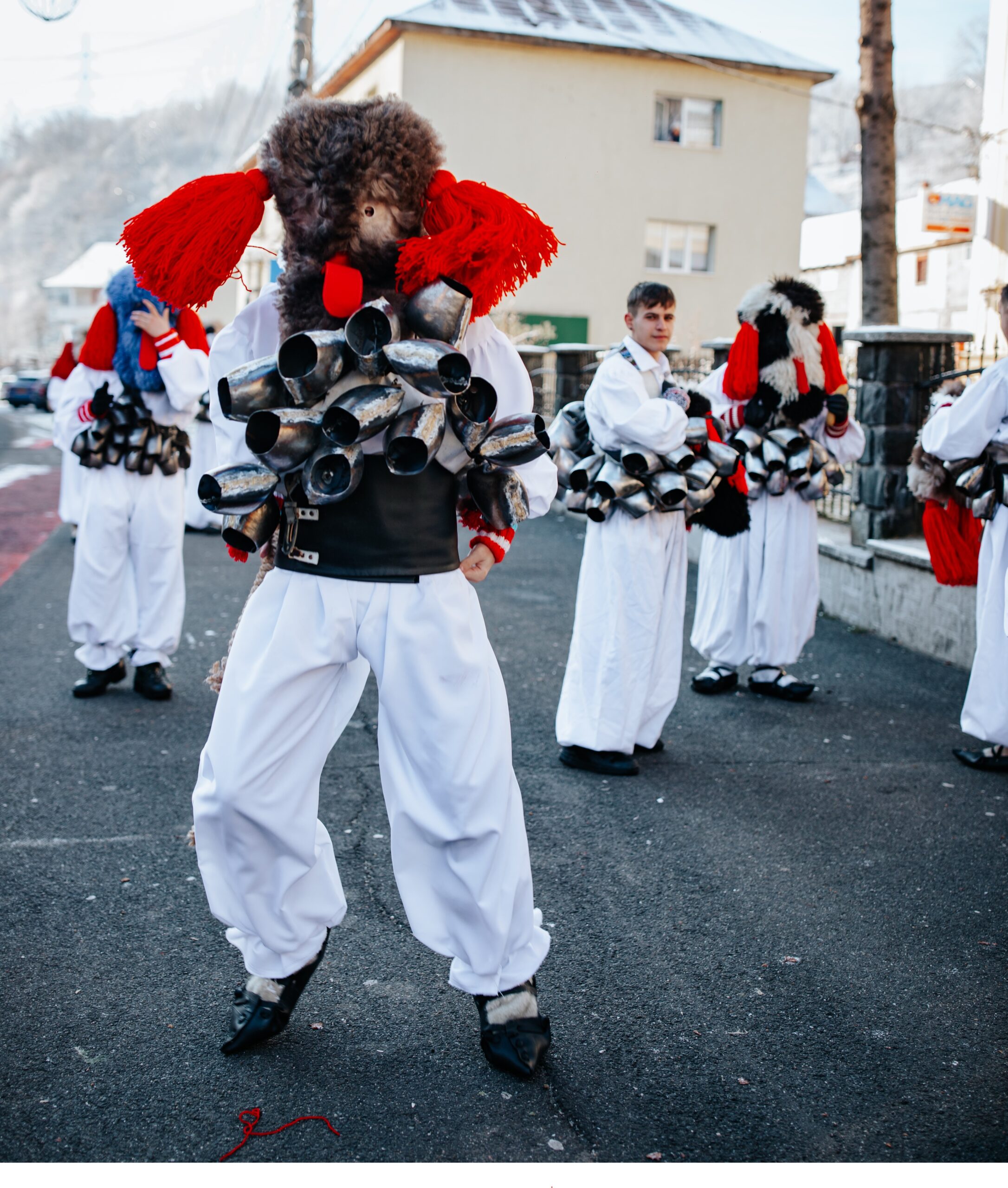 Because the Tartars were thousands and they were only 32-34, they decided to use a clever tactic and dressed up as terrifying monsters, with their faces covered by horrible and hideous masks, with large sheepskin coats and under them, some metal bells that made deafening noises.

Thus disguised, the young men attacked the Tartars, who, frightened by the sound of the bells and their demonic masks, became alarmed and thought they were being attacked by some evil spirits of the forest.

The outcome? The Tatars were scared and ran away from Cavnic. As for us, today we still enjoy this remarkable tradition, which fills with color the streets of Cavnic and the hearts of locals and tourists alike.

The legends of the Brondosi, however, generated the persistent belief that they can drive away evil spirits, and even nowadays, on Christmas Eve, the Brondosi still go from house to house and make noises with the bells they wear, to warn the host, who comes out and tries to recognize them. Only after they are recognized do the carols begin and in the end they are rewarded with food, sweets, hot drinks and even money. 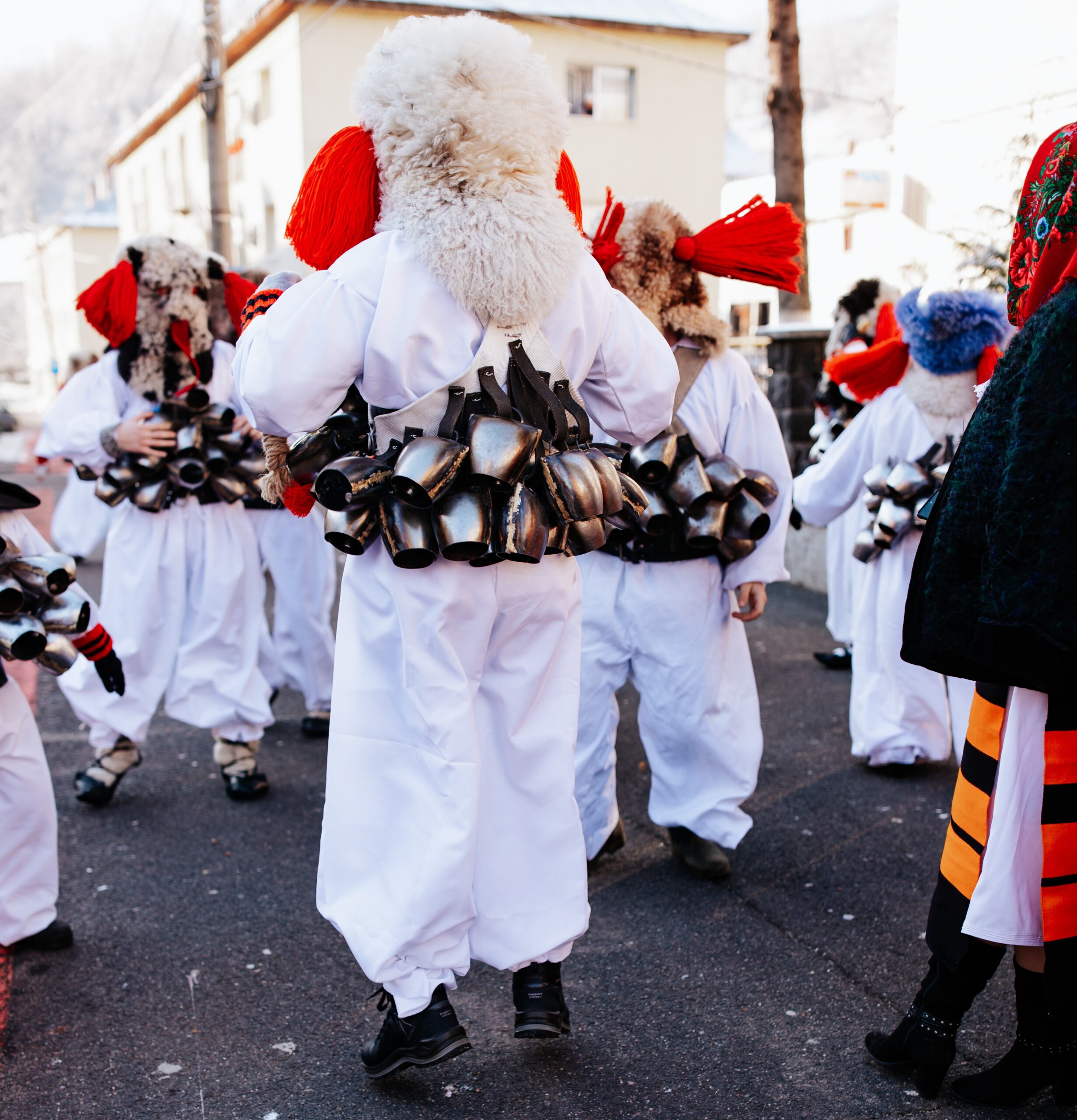 The Brondosi are present on the streets of Cavnic every evening, until the New Year.

The handing over of traditions from generation to generation is one of the most precious riches of the Balkans. The fact that young people embrace and lovingly carry on with the ancient traditions makes the holidays really “smell” of holidays and “flavor” of joy.

Maybe this year you won’t manage to get to the dream area of ​​the Balkans, but next year make sure you don’t miss the Brondosi driving away evil spirits and bringing joy to the streets of Maramures.

We guarantee this is going to be not only an unforgettable experience, but also one you will also tell and pass on … from generation to generation. 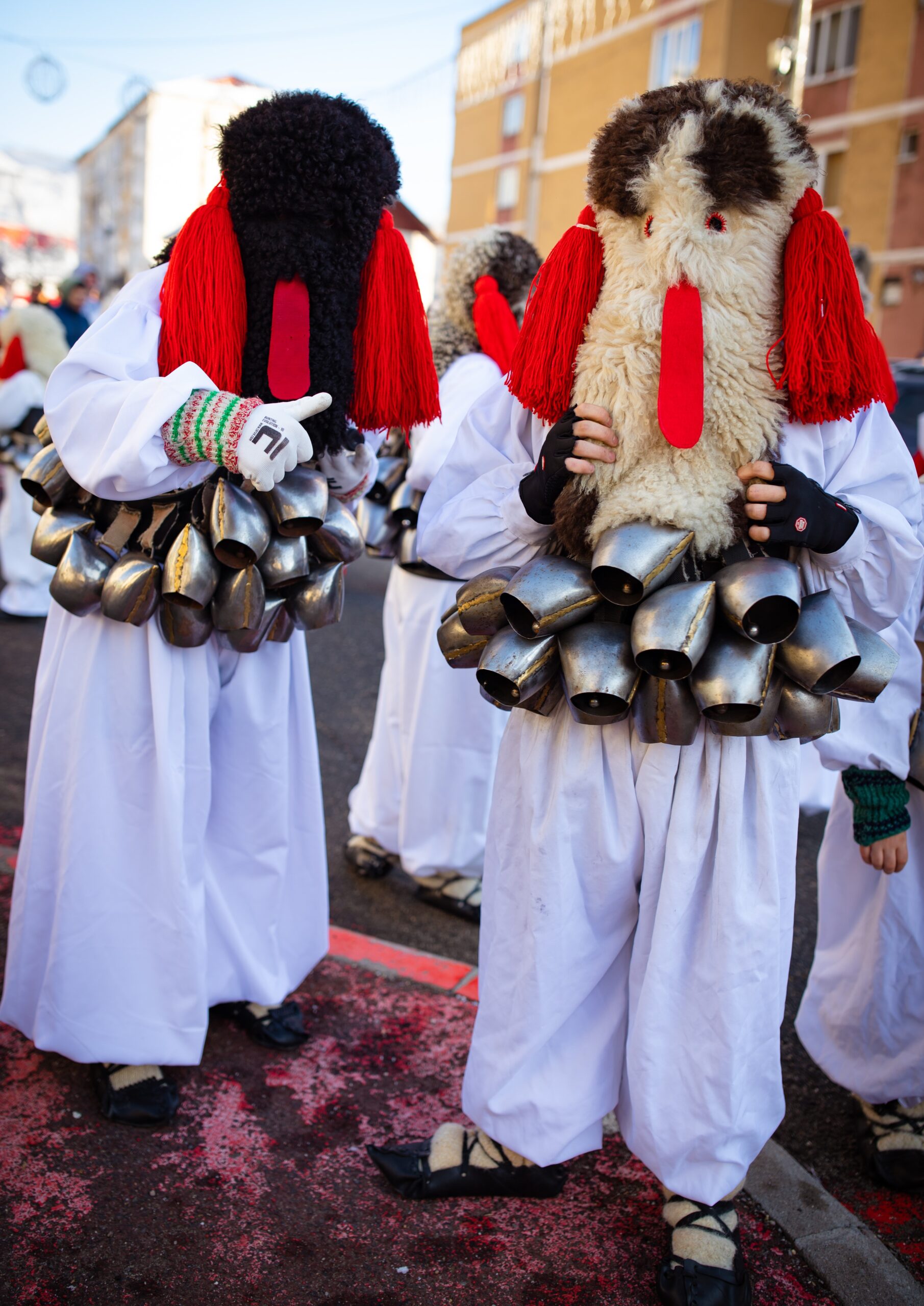