The Balkan region is full of beauty and mystery, but with a troubled and contrasted history.

For centuries, the Balkan states were involved in armed or diplomatic conflicts, alliances and mutual support in difficult times. This is why it would not be an exaggeration to say that the Balkan states maintain and antithetic, love-hate relationship.

Reading the pages of the Balkan history, we have learned that the flame of the independence of three Balkan states started to burn in Romania.

On 22 February 1821, the Greek general Alexander Ypsilantis crossed the Prut river, the border between the Russian Empire and the Principality of Moldavia and two days later, on 24 February 1821, at the Three Hierarchs monastery in the town of Iasi, raised the flag of the revolution against the Ottoman Empire.

Alexander Ypsilantis was born in Constantinople on 1 December 1792, a member of a famous phanariot family, his ancestors having sat on the throne of the Byzantine Empire.

He had been an officer in the Tsarist army and fought against Napoleon, losing his right arm in the battled of Dresden (27 August 1813).

In 1820 he was elected leader of the secret organization “Filiki Eteria” (Society of Friends), which would organize the Greek revolution. 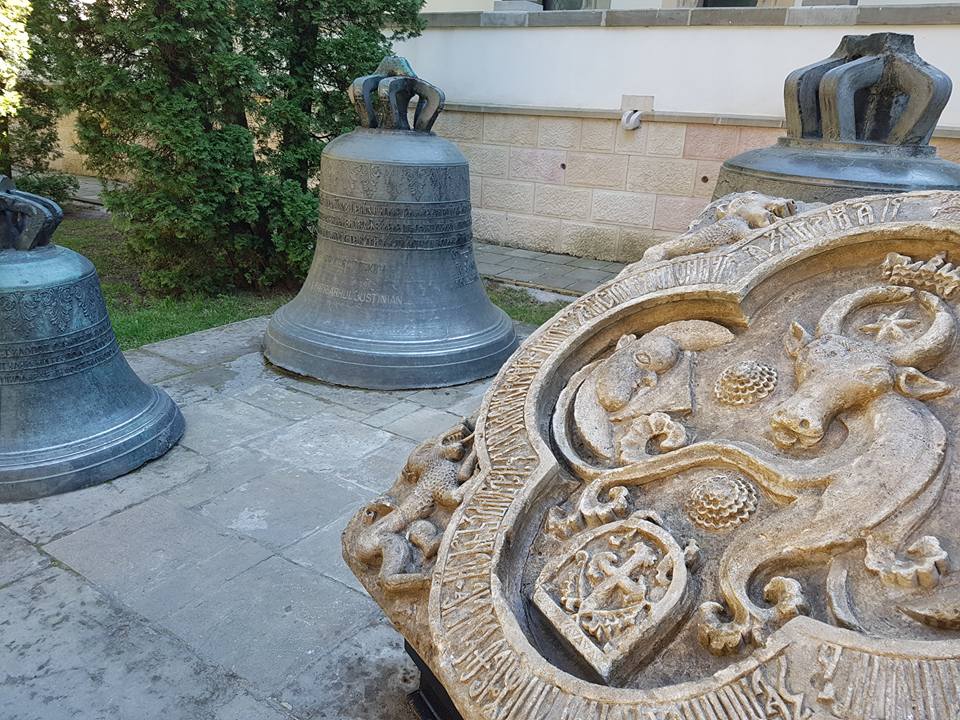 In the Danubian Principalities the revolt was not successful, being supressed by the Ottoman Army after the disastrous battle of Dragasani, most of the idealistic youth members of the “Sacred Battalion” being killed. However, on the territory of Greece, the battles continued, the country later gaining independence.

Even though Bulgaria officially declared independence from the Ottoman Empire in 1908, the events that triggered the liberation movement started tens of years earlier in the then city of Bucharest and later in Giurgiu, Romania.

In 1866, Lyuben Karavelov, a famous Bulgarian writer, established the Bulgarian Revolutionary Central Committee (BRCC) in Bucharest. After the execution of Levski in 1873 by the Ottoman authorities and due to the conflicts between the leaders of the BRCC, the organization dissolved but was later re-established, in November 1875, in the again Romanian town of Giurgiu, at the border with Bulgaria.

There, the decision was made to start the revolt known as the

April Uprising. The Ottomans used extreme violence to crush the uprising, to the indignation of the European public.

The independence of Albania from the Ottoman Empire was declared on 28 November 1912, in Vlorë (Valona). The main role in achieving this goal was played by the Albanian politician Ismail Qemal Bey or Ismail Qemali, founding father of the Albanian State.

Qemali was born in 1844 in Vlorë in a noble family. He graduated from high school at the Zosimea School in Ioannina and then went to Constantinople where, after having studied Law, worked for the Ottoman Empire. He was governor of several towns, but, coming in conflict with the Sublime Porte, later adhered to the Albanian national movement.

After the events that culminated into the Balkan Wars, the Ottoman domination in Albania was “de facto” terminated.

In September 1912, Qemali travelled to Bucharest, Romania, where there was a significant Albanian community. After discussion with the representatives of the community at the Continental Hotel on Calea Victoriei in the heart of Bucharest, he decided to return to Albania and fight for the national cause.

He said: “Upon returning I arrived in Bucharest, where there was a large Albanian community. After a meeting there, fifteen compatriots decided to return to Albania with me. I sent telegrams in all the regions of Albania to announce my arrival and declared the time had come to achieve our national goals. At the same time, I asked for delegates throughout the country be sent to Vlorë, where a national congress would be held.”

The new independent Albanian state was established through the Treaty of Bucharest, signed on 10 August 1913 at the Cantacuzino Palace, now the George Enescu Musem, located again on Calea Victoriei.

Another interesting detail indicating the strong connection between Romania and Albania refers to the music of the Albanian national anthem “Hymni i Flamurit” (Ode to the Flag), which is based on the song “Pe-al nostru steag e scris Unire” (Our Flag Writes Unity), composed by the Romanian Ciprian Porumbescu.

As said at the beginning, the Balkan region has a history full of conflicts, but if the peoples of this extraordinary part of Europe focused more on what brings them closer instead of what separates them, the future of the Balkans were brighter.