Thursday, 25 March 2021, marks 200 years since the start of the Greek Revolution against the Ottoman Empire.

The date of 25 March 1821, the day when the Easter Orthodox Christians celebrate the Annunciation, was chosen to mark this event that led to the creation of the Greek state and to the liberation of the Greek people after 400 years of slavery. The battle cry of the Greek revolutionaries was: Freedom or Death!

The start of the Greek Revolution

On 22 February 1821, the Greek general Alexander Ypsilantis crossed the Prut river, the border between the Russian Empire and the Principality of Moldavia and two days later, on 24 February 1821, at the Three Hierarchs monastery in the town of Iasi, raised the flag of the revolution against the Ottoman Empire.

Alexander Ypsilantis was born in Constantinople on 1 December 1792 a member of a famous phanariot family, his ancestors having sat on the throne of the Byzantine Empire. He had been an officer in the Tsarist army and fought against Napoleon, losing his right arm in the battled of Dresden (27 August 1813).

In 1820 he was elected leader of the secret organization “Filiki Eteria” (Society of Friends), which would organize the Greek revolution.

In the Danubian Principalities the revolt was not successful, being supressed by the Ottoman Army after the disastrous battle of Dragasani, most of the idealistic youth members of the “Sacred Battalion” being killed.

In the next month, the revolutionary cells created by Filiki Eteria on almost the entire territory of today’s Greece were activated, and the first liberated town was Kalamata, in southern Greece.

Under the pressure of the Sublime Porte, the revolutionaries were “cursed”, excommunicated by then Ecumenical Patriach, Grigorios V, who would later be executed under the order of the Sultan Mahmud II, an event that sent a shockwave throughout Europe, mainly in the Orthodox Russian Empire. The revolutionaries succeeded then in the Peloponnese (southern Greece), in central Greece and in several islands in the Aegean Sea. In the other Greek regions though the revolt was suppressed.

In the following years, the Greek revolutionaries defeated the armies sent against them by the Sultan and established a temporary civilian central authority, which managed to impose itself only after two civil wars that coincided with the fight against the Ottomans.

The military failure of the Ottoman army forced the Sultan to ask for help to Ibrahim Pasha, the oldest son of Muhammad Ali, the Ottoman Governor of Egypt, which was only by name under the rule of the Sublime Porte, being de facto semi-independent.

The Greek revolution was not well received by the three significant powers at that time, Austria, Prussia and Russia, which formed the Holy Alliance after the Napoleonian wars to crush any attempt of revolt in Europe. Thus, nobody rushed to help the Greek revolutionaries, but after the atrocities committed by the Turkish-Egyptian armies, mainly after the fall of the town of Missolonghi, the philhellenic movement in Europe gained momentum and succeeded in changing the diplomatic attitude of the great powers.

Therefore, in 1826 England, France and Russia decided to become diplomatically involved and created an allied fleet dispatched in southern Greece to persuade Ibrahim cease the barbaric acts against the civilian population.

Ibrahim would not give in, and after several provocations of the Turkish-Egyptian fleet, on 20 October 1827 the naval battle of Navarino took place.

Then, the French expedition into the Peloponnese (Expédition de Morée) was ordered and the Tsarist Empire declared war to the Ottoman Empire. These events compelled the Sultan withdraw his forces from the Peloponnese and Central Greece.

Recognition of the independence of the Greek state

In 1827 the first Governor of Greece, Ioannis Kapodistrias, was elected. The independence of Greece was finally recognized in 1830, under the London Protocol 3 February 1830. The borders were established in 1832 somewhere around the middle of today’s Greece, being recognized in the same year by the Treaty of Constantinople. 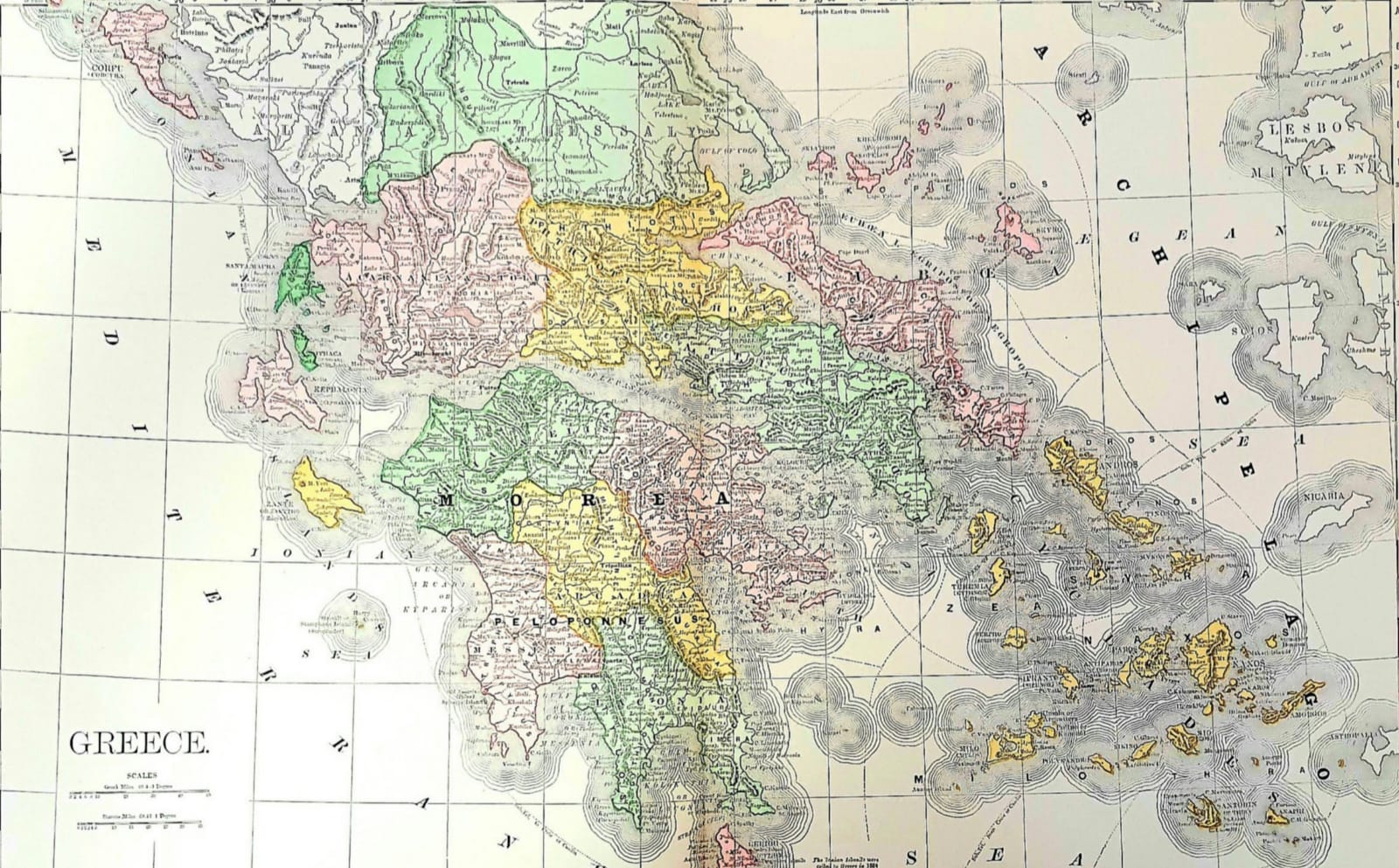 After hundreds of battles and tens of thousands dead, the Greek state was established, a small state which could hardly be the price for the blood shed in the name of freedom and which left numerous Greeks outside its borders.

However, this small state, impoverished by abusive dominations and wars succeeded in the next decades in liberating the entire territory it has today.