In the period before Lent, Greece dons festive clothes for Apokries, perhaps the most colorful of its traditions. Picturesque parades, masked balls, theatre performances in the street, Venetian-style festivities and celebrations with roots dating back to ancient Greece are just a few of the traditions which Greeks maintain and revive yearly. 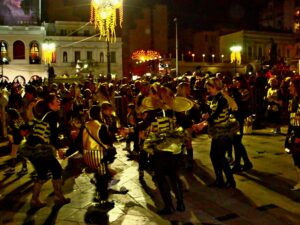 Apokries starts three weeks before Lent and is identified with the time of the Triodion. According to Greek traditions, this time of revelry ends with the “Clean Monday”, Kathara Deutera, namely the first day of Lent. Apokries means abstaining from meat, from the Greek apohi (abstaining) + kreas (meat) and refers to the period in which people prepare themselves physically and spiritually for Easter. In Latin, the equivalent is carnaval and comes from Italian (carne + levare), with the same meaning: abstaining from meat.

In Greece, this period of Apokries is split into three weeks, each one of them with a specific goal. The first week is the one which starts the carnival and is called profoni, meaning “pronunciation” in Greek, because during ancient times somoneone would climb upon a tall hill and would shout that this period had begun. The second week is called kreatinini, which comes from the Greek kreas, meaning meat. According to tradition, during this week people wouldn’t fast on Wednesdays and Fridays anymore, and meat was allowed every day. The Thursday during this week of “meat” was the day when everybody would grill meat, after which they would gather to celebrate together. The smell of grilled meat was considered a good sign. This day is still celebrated in Greece and is called Tsiknopempti. The third week, Tyrini or Tyrophagus, is the week when only dairy products are eaten (tyri means “cheese” in Greek) because the body must be prepared for fasting. 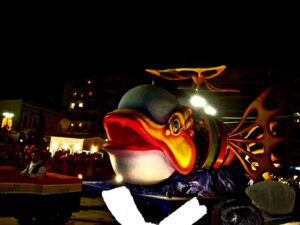 The festive period ends with Kathara Deutera – the Pure Monday, or the first day of Lent. Its name, Pure Monday, comes from the fact that it was the day in which housewives in some parts of Greece took care to clean all the crockery and utensils used during the carnival. Orthodox Christians call it thus because it marks the beginning of fasting, which is considered a physical and spiritual cleaning for believers.

Nowadays, the most important events and grandest parties in Greece take place in the weekend right before the start of Lent and this is a perfect time to discover the magic of Greece.

There are many towns and villages which organize parades in honour of local traditions, each of them interesting in its own way and closely linked with the history of the place, but only a few of them are famous for the parades and impressive customs they have.

The Patras Carnival is the biggest in all of Greece and has a history of more than 180 years. 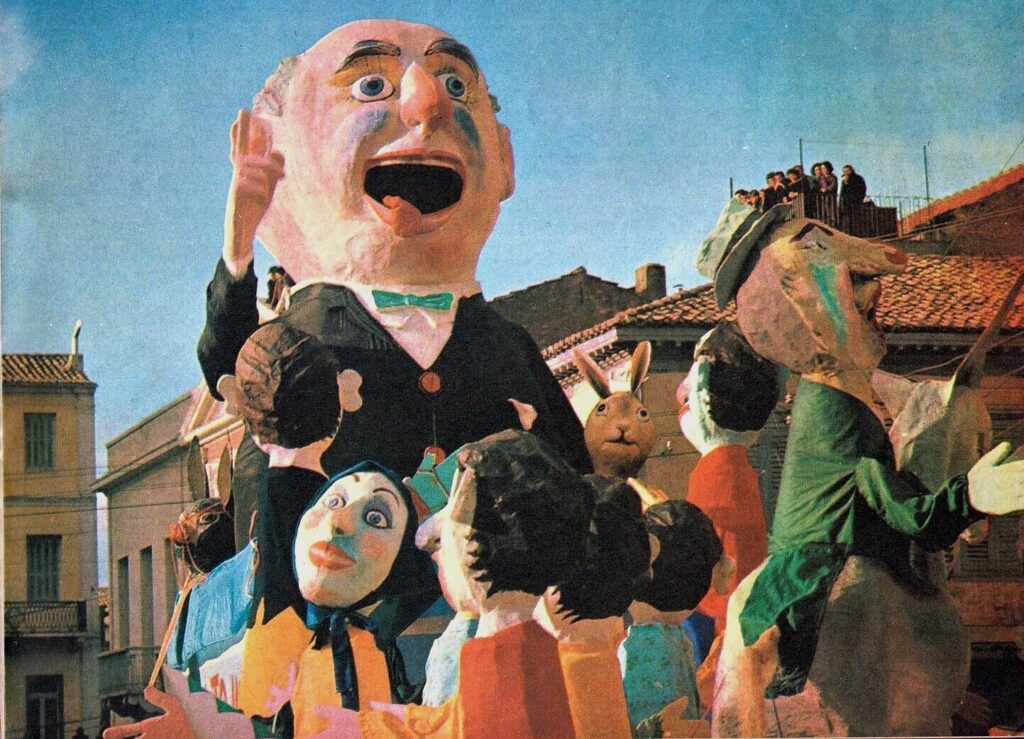 During the carnival, several events take place in Patras, such as parades, treasure hunts, balls, parties and a children’s carnival. The high point is in the last week of Apokries, when the most extravagant parades take place, and Sunday afternoon, when the ritual burning of the Carnival king occurs in the city port.

The traditions of Galaxidi, a Peloponesian port town, transform this carnival as well into an impressive show. Every year, the town is covered in colourful flour because the locals organize a “flour battle” called alevropolemo. This fight takes place in rhythms of daoulia (traditional drums) and fills the town with joy and cheerfulness and signifies the end of the carnival. 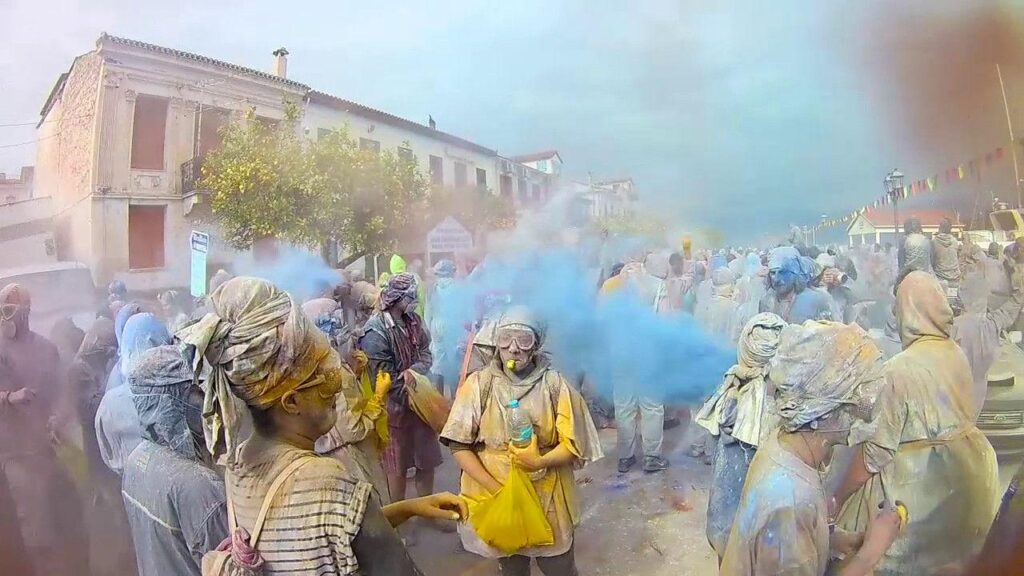 In the last Sunday of Apokries, the city of Kozani, in the northern part of Greece, is filled with light by fires which are lit everywhere. Each neighbourhood lights a big fire around which people gather and a big party with traditional music and dance takes place. It is said that this custom stems from the need of soldiers who were stationed in the mountains and wanted to communicate with their families. 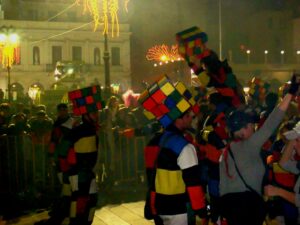 The Apokries festivities end in the first day of Lent, Kathara Deftera, or the Clean Monday, which is a day full of meaning and traditions for Greeks. The traditional food is lagana – unleavened bread which is made only on this day, tarama – roe salad, as well as bean meal without oil and other servings made up only of vegetables. Halva is the dessert of choice which sweetens people’s meals in this first day of fasting. The custom associated with this day is the raising of the kite. The kite which rises towards the sky represents the flight of the soul towards the sky and God. People used to believe that the higher the kite flies, the more it is likely that the wishes of those who raised it become reality.

All these traditions were handed down from generation to generation. They reunite families and friends and are a reason to be happy, but at the same time they represent a tourist attraction for those who want to feel the magic of an authentic Greek carnival.