Priceless temples, sacred places, the first Olympic Games, the birth of democracy and of Western Civilization are just a few of the keywords which can describe this land which helps us travel back in time. 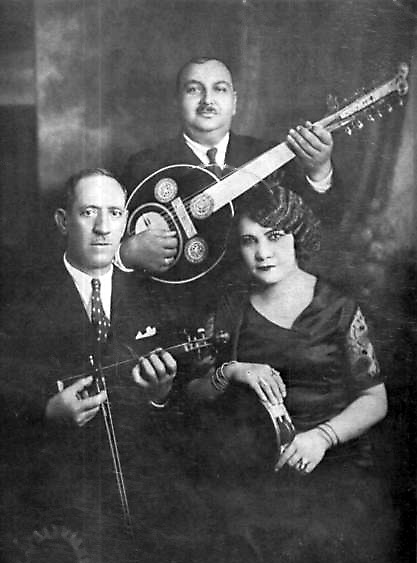 If you’ve already enjoyed vacations in Greece or if you plan on doing so, you’re surely picturing the clear water, the beaches awarded with the Blue Flag, the rich history of the country, the Greek hospitality and the Greek nights where you get the chance to dance sirtaki as it is supposed to be done or the traditional taverns where you delight your taste buds with delicious foods while your ears are in turn charmed by the Greek rhythms. But have you ever wondered how much history is behind this music? If not, now is the time to dance into the story of the Rebetiko musical style. This is more than a musical genre, it’s an outright feeling.

Just like Plato said, “Music teaches the love of beauty” and this is confirmed ever since Antiquity by many legends from the Greek mythology. One of the best known ones is the legend of Orpheus and Eurydice, a love story which moved both mortals and gods. The power of music can be seen in the way Orpheus charmed Hades with his lyre and convinced him to let Eurydice, his love, to follow him back to the realm of the living.

Everybody knows about bouzouki – it is the sound of Greek nights, of entertainment which smells like ouzo and tastes like calamari. However, few people know about the ancestor of this music, an “underground, crude” ancestor called Rebetiko.

“The Greek Blues”, Greek traditional music which appeared in Asia Minor, more exactly in Constantinople and Smyrna. In 1922, after the occupation of Smyrna by the Turks and its destruction in the Burning of Symrna (a great fire which almost completely destroyed the port-city of Smyrna, now known as Izmir), hundreds of thousands of Greek and Armenian refugees sought refuge in Central Greece. The causes of the fire which took place against the backdrop of the Greco-Turkish War are unclear, but one thing is certain. Besides the few suitcases and many memories, the refugees who made it to Greece also brought with them their culture and music. That is why Rebetiko appeared in the main port-cities of Greece: Piraeus, Thessaloniki, Volos and Syros. 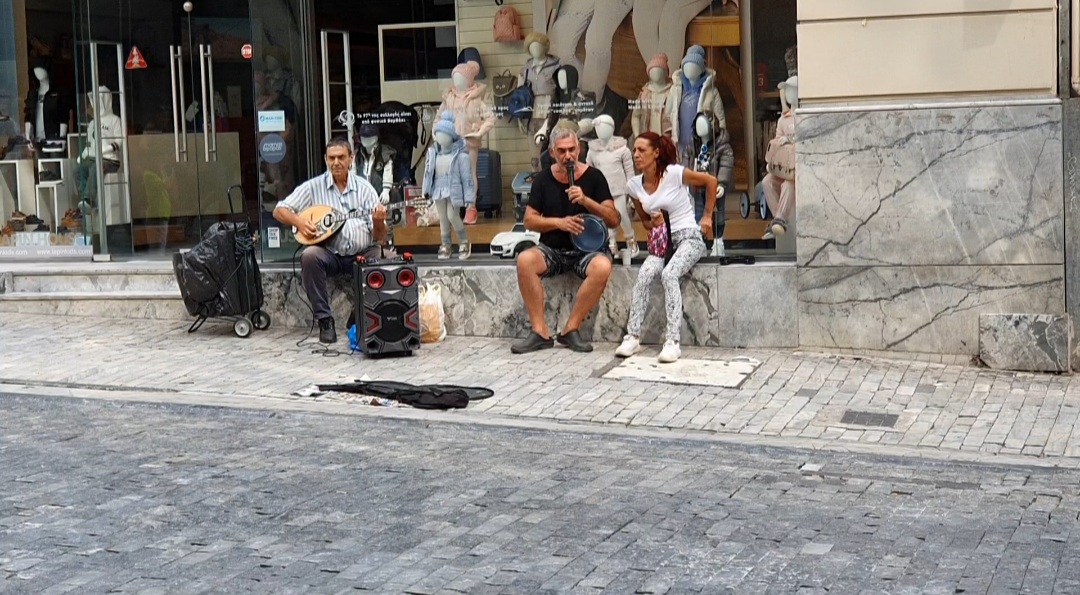 At first, this musical style was associated with the lower classes, poverty, murder, drug abuse, alcohol and even prostitution. The singers and songwriters were known even then under the name of “rebetes”, a Greek word which means rebels, people with no respect for authority. 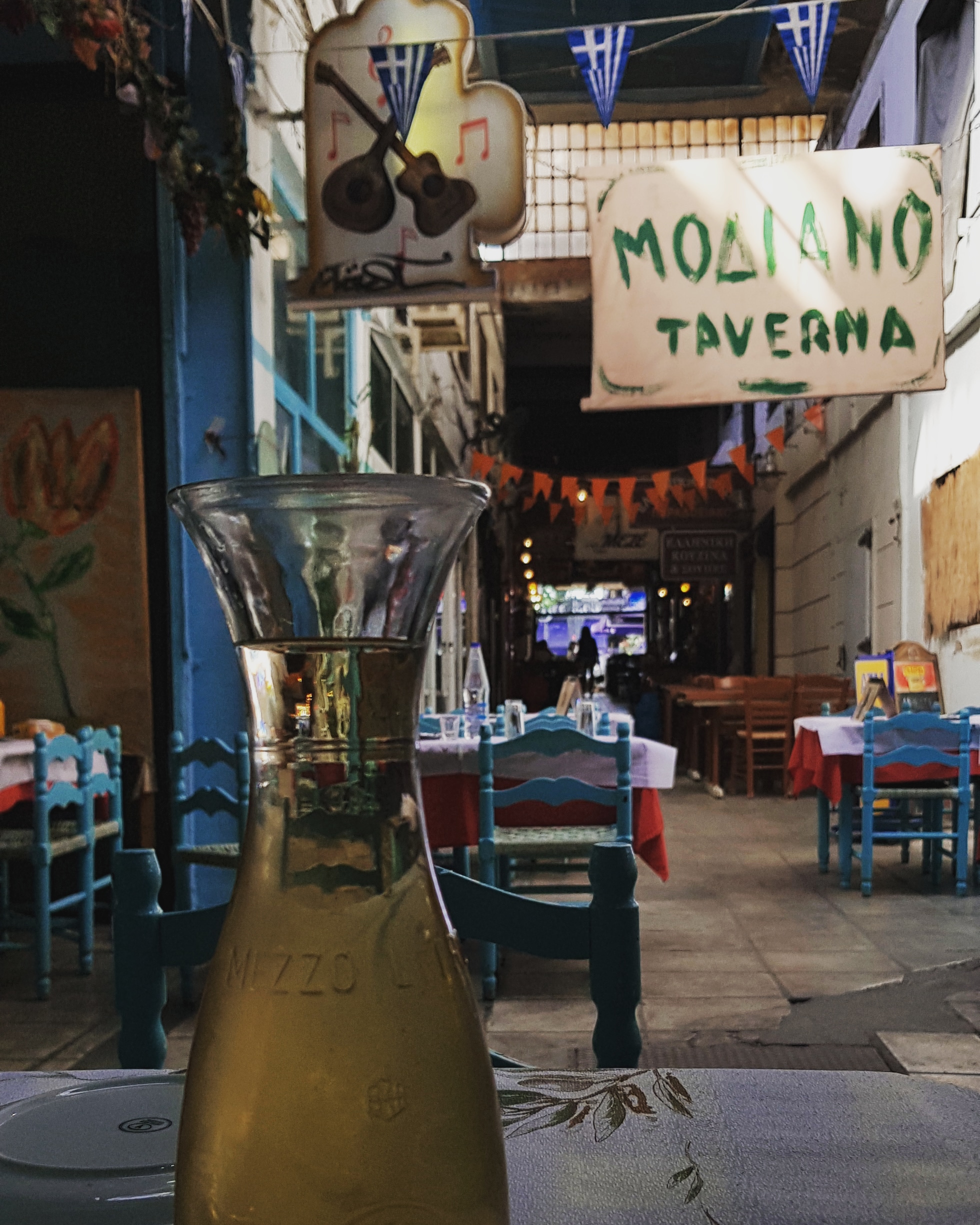 The places where Rebetiko could be heard also had a name which rang of poverty, drugs and other unsavoury practices. They were called “Teke” (a word of Turkish origin), which meant a monastery for dervishes (people known for their extreme poverty and austerity), and most of the time these were the separate or lateral rooms of cafés or taverns.

The “unorthodox” creators of this musical style sang simple, bittersweet songs based on their social experience, on what they had lived, on what they knew. They sang of love, loneliness, suffering, diaspora, prison, drugs, gambling, social injustice, poverty, death… in short, about life. Most of the time it’s not pleasant, but what’s more brave than to look life in the eye and take it for a spin? That’s kind of what they did, but they were criticized, marginalized and even arrested for it.

As Rebetiko became more popular, poverty in Greece also became more widespread. After the Nazi occupation, which was followed by the Greek Civil War, almost all of Greece’s population was close to poverty. Rebetiko musicians (who we might say were already accustomed to “hardships”) continued to give these problems a musical twist, however this time on a national scale.

Singers in Rebetiko groups would most often be men. However, there are exceptions: “rebetises” who’ve written history in this musical genre. One of them is Sotiria Bellou, a great singer who has made a lasting impressions not just through her artistic career, but also thanks to her life story. 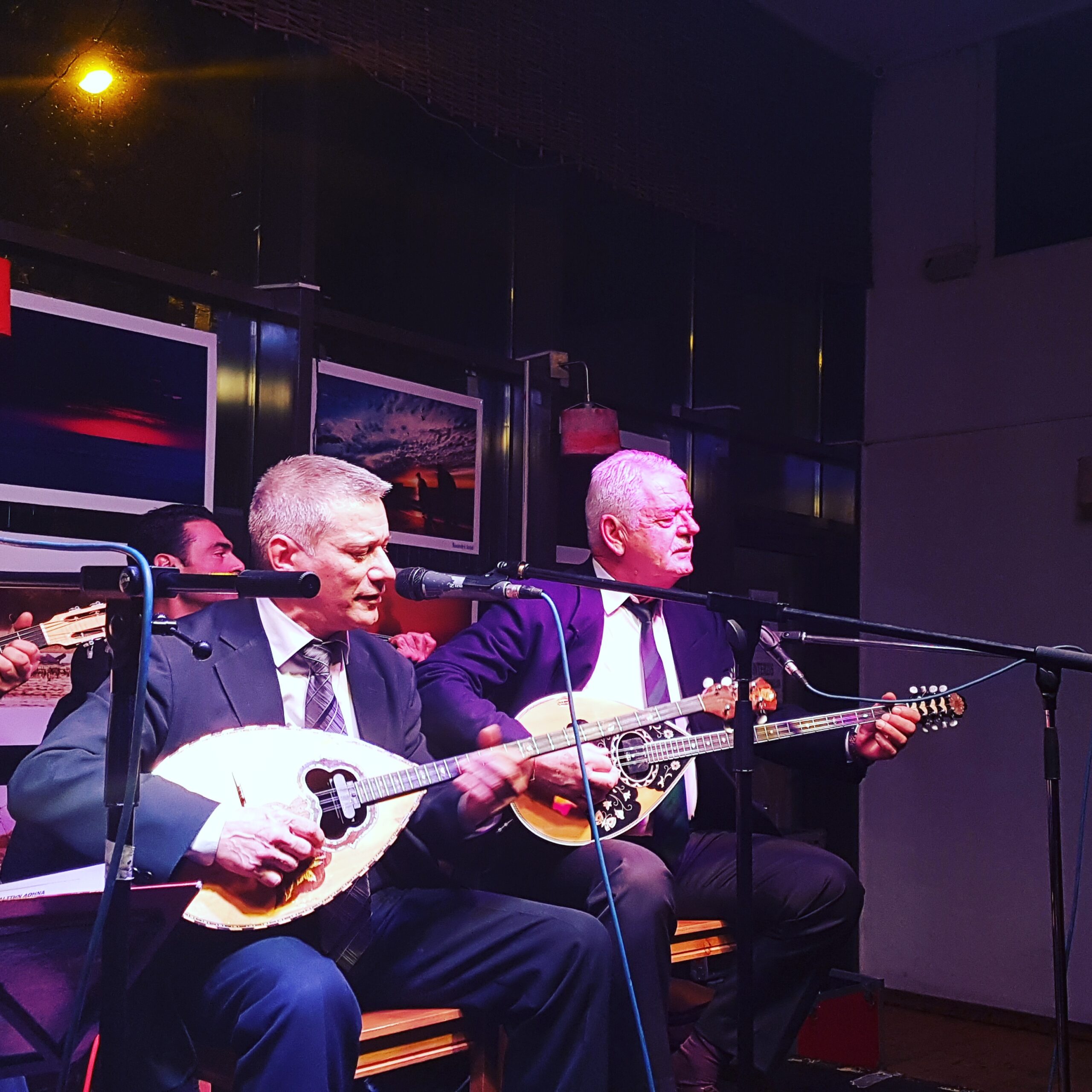 One of the most important figures in Rebetiko music is Vasilis Tsitsanis, a composer of Rebetiko and Greek folk music. His first contact with Rebetiko was close to his hometown of Trikala, where he heard the refugees sings. That was when he started to focus on this musical genre. After that, he continued his studies and went to the Faculty of Law in Athens, but he could not stay away from his true passion. There he had the chance to get in touch with many “rebetes” and feel the taste of the music which was close to his heart, after which he became a Rebetiko musician himself.

Vasilis Tsitsanis lived in Thessaloniki during the German occupation and opened his own tavern, “Ouzo Tsitsani”, on 21 Pavlou Mela Street, right in the centre of the city. This was also the place where he wrote one of his best known songs: Synefiasmeni Kyriaki (Cloudy Sunday). The song was composed during World War II, at the time of the German occupation, and is considered by many Greeks an unofficial national anthem. It is rumoured that one night, while returning home, Tsitsanis saw a German police patrol killing a young man and that that was the moment which inspired him to write the song. “My heart bled when I saw the dead boy and I, in turn, wrote a bleeding song” – these are the words he used when describing his song. While living in Thessaloniki, Tsitsanis wrote many beautiful songs which continue to delight the ears of both locals and tourists visiting Greece. One of them is Baxe Tsifliki, dedicated to the city of Thessaloniki, the surrounding lands and the beaches which are close by.

Throughout the years, the presence of Vasilis Tsitsanis in Thessaloniki influenced the musical preferences of the locals. Even today, they continue to enjoy Rebetiko rhythms in many taverns with live music. Moreover, Tsitsanis even founded the “Rebetiko School” in Thessaloniki, where he taught an entire generation of young musicians. 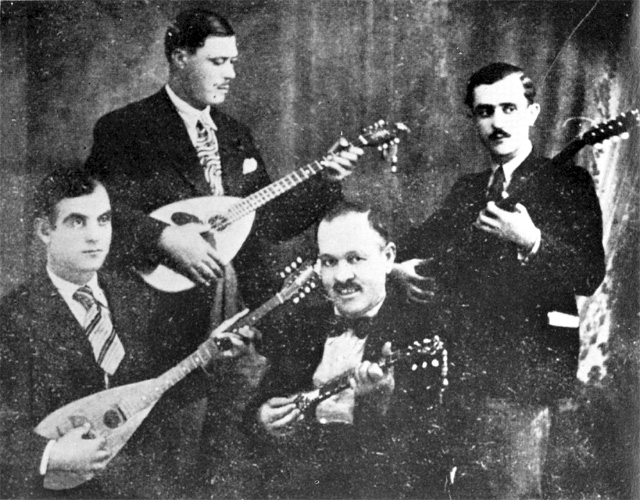 After a difficult road filled with controversy, starting from December 2017, Rebetiko has a place on the Representative List of the Intangible Cultural Heritage of Humanity created by UNESCO. This list is created from multiple elements which help emphasize the diversity of the world heritage and increase the awareness of its importance. Rebetiko was chosen because it is considered a living musical tradition with a profound symbolic and artistic character. Throughout the years many Rebetiko band have formed with or without Tsitsanis. These have given a new energy to the nightlife in Thessaloniki, an energy which continues to be felt even today and which we wholeheartedly recommend you to “taste” when you reach the Greek homeland.

We have a whole list of recommendations for you in Thessaloniki – taverns where you can enjoy Mediterranean cuisine as well as live music which will guide you upon the waves of the history which you now know. We’re sure that as soon as you hear the first sounds of the bouzouki you will remember the story behind the Greek nights and this will make your stay in Thessaloniki even more enjoyable.

However, before getting to the recommendations, we invite you to travel right now to the Greek homeland, wherever you may be, through the Rebetiko songs we’ve chosen especially for you and which you will recognize as soon as you will get to the taverns which you can find at the end of the article.