The cycladic island of Naxos is renowned for its magnificent beaches, clean waters, cuisine, as well as excellent local products. However, few people know that on this superb island there are also three rock giants which have been „sleeping” for thousands of years. 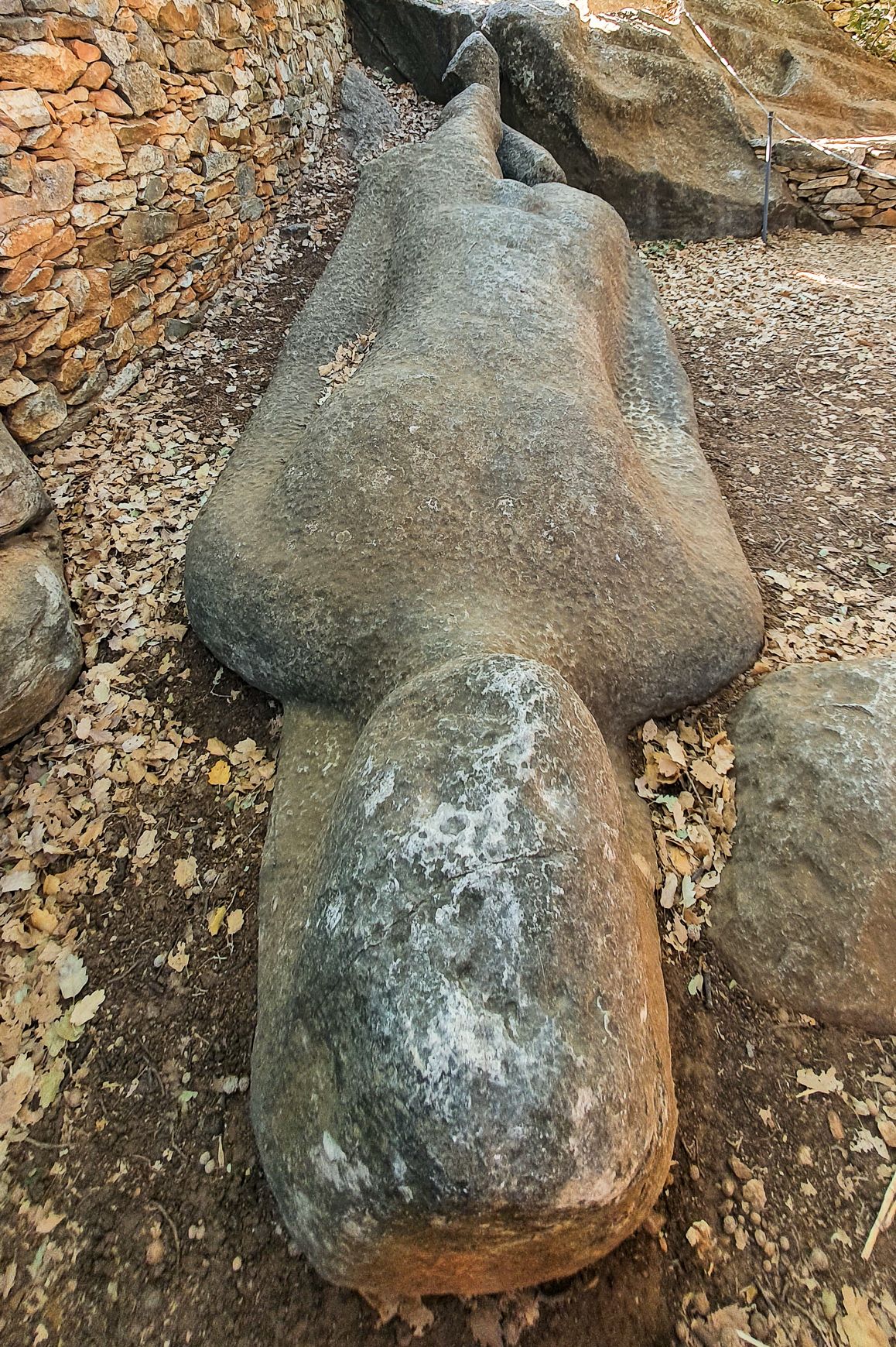 The sleeping giants of Naxos are quite unknown, therefore they attract few visitors. These rock giants are in fact ancient Greek statues dating from the archaic period (7th-6th centuries B.C.) bearing the name of „Kouros” (plural „Kouroi”) which were never finished and have remained in their initial places where the craftsmen started sculpting them.

Kouros-type statues had the shape of a nude young man looking forward and with long hair rolled behind, with beautifully braided full locks. The arms are held straight along the sides of the body, with clenched fists, and the left leg about to make a step forward. This slight detail on the left leg is the only element of these statues which suggests movement. The statues representing women were called „Korai” and were sculpted clothed.

It seems these statues were inspired by the great culture of Ancient Egypt with which the Greeks came into contact and with which they interacted for centuries. However, there are major differences between them and the more austere and reserved Egyptian art.

Kouroi could be placed on the tombs of men in order to remind people of their strength, youth and beauty. However, most of the time, the statues would be placed in a temple and represented either a god, such as Dionysus or Apollo, or the idealized image of the person who gave it to the respective god as an offering.

Naxos is one of the places in Greece renowned for its quality marble. The material is exported even nowadays in many European countries, as well as America. During Antiquity it was as famed as it is today, so it was one of the central points of Ancient Greece where these statues were created. 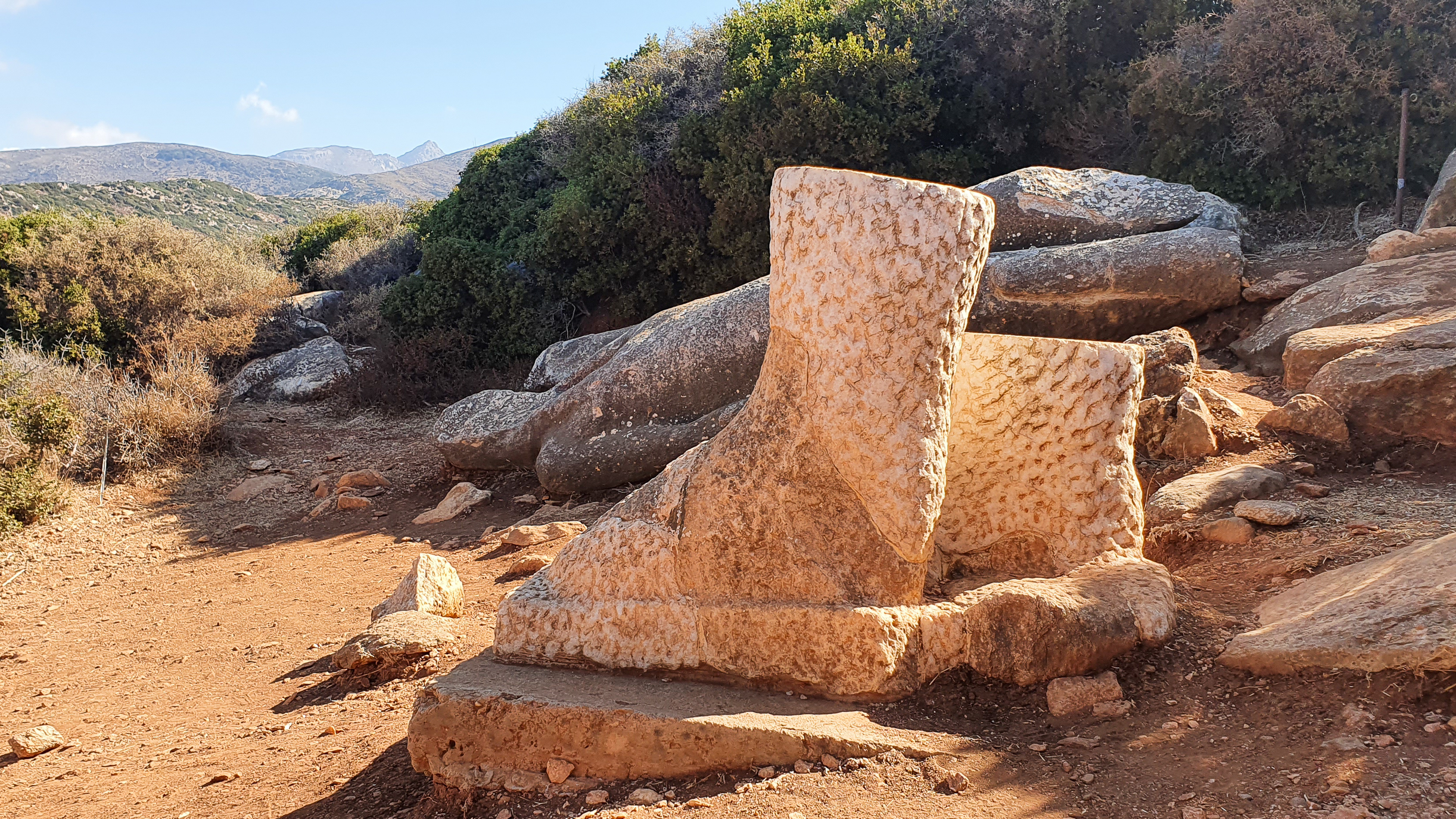 The „giants” of Naxos express the way the people back then thought about gods: anthropomorphic, but supernatural in size and much stronger than a common mortal, as well as forever young and beautiful.

Three such statues were found in Naxos in an unfinished state, but of impressive size. The first two are in the Melanes region, Flerio, about 10 kilometres from Chora, the main city on the island.

The first and smallest one is the easiest to reach, since it’s just a short walk away from where you can park.

This Kouros-type statue lies on its back in a small and enclosed place in the middle of a plane tree forest with many springs with crystal-clear water. There is also an ancient temple close-by. 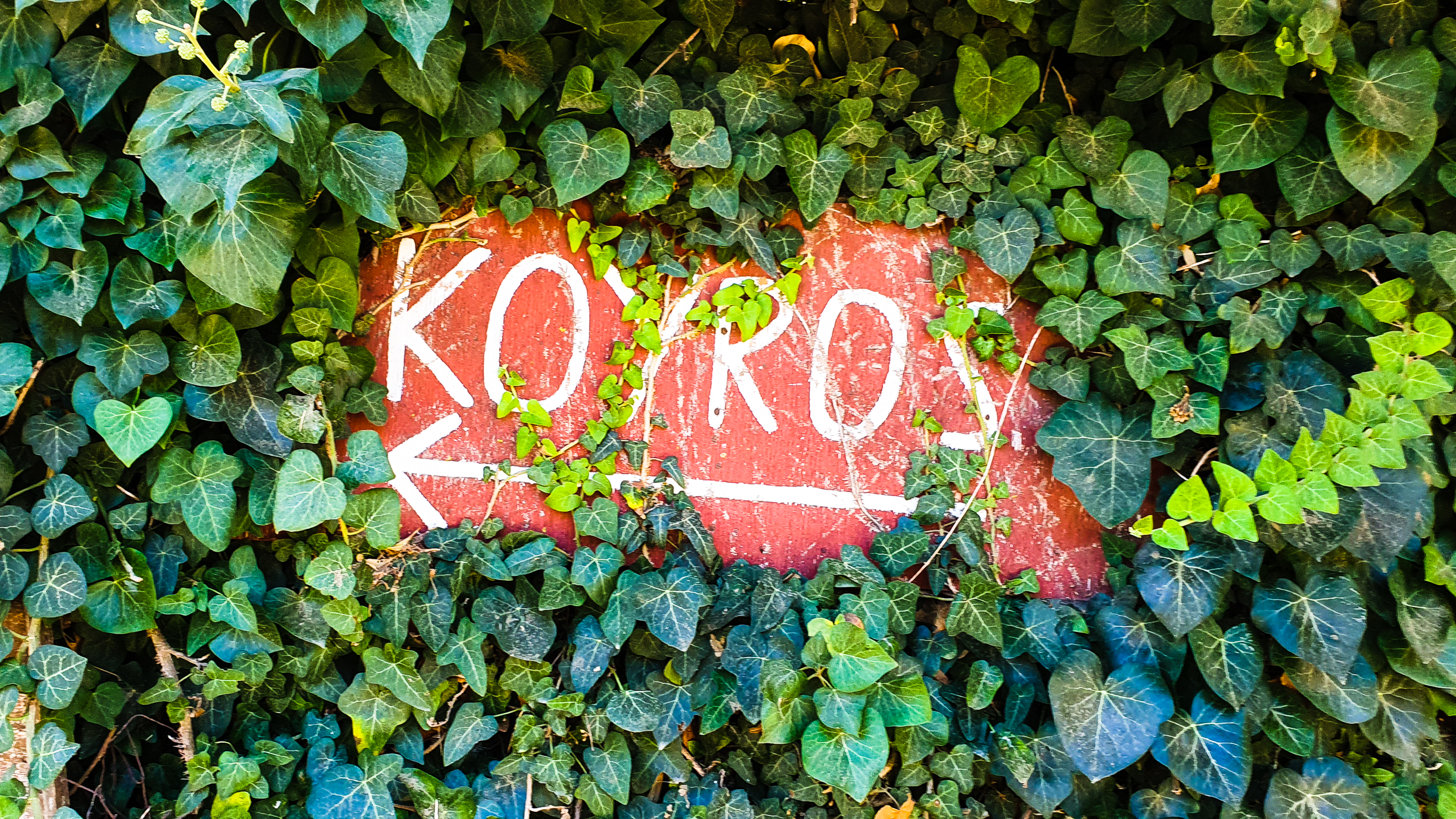 This Kouros „giant” is approximately 5.5 metres tall, and one leg is broken above the knee. It’s estimated that work started around 570 B.C., when powerful aristocratic families ordered monumental works which would impress people through their structure and size.

The second „sleeping” Kouros is located in the Faranghi area and is a bit harder to get to. To reach it, you must walk for about 500 metres on a slightly upwards road. However, this small effort will be absolutely worth it. You will pass through an ancient rock quarry, beneath many fig trees and olive trees, and when you reach your destination and look back, you will catch a superb glimpse of the surprising landscape of Naxos.

Supposedly, the Faranghi statue was to become a Kore, namely a statue representig a woman of impressive size. This one remained in an unfinished, yet more advanced state than the first one.

Both of these statues are located on private property, so it’s a good idea not to forget to close the gates of the fences around.

The last Kouros, the biggest and perhaps most impressive of the three, is approximately 11 metres in length and also dates from the 6th century B.C. It is located in an ancient rock quarry at the entrance to the village of Apollonas, 37 kilometres from Chora.

It seems this one was to represent the god Apollo or Dionysus. If you want to see it in all its glory, you must walk up a small side road until you get above it. This way, you’ll be able to get a full image of the monumental size this true giant has, as well as admire the courage and craftsmanship of the ancient artists who dared undertake such colossal work with only a handful of primitive tools at their disposal.

The reasons for which these Kouroi were never finished are not fully known. It’s believed that the statues went through an initial process of sculpting which gave them a rough form, after which they were transported and completed at their destination. That way, it would have been easier to avoid accidents during transportation.

In the case of the three Kouroi, it’s most likely that the marble gave away and cracked during the sculpting process or during their transportation from the place where the marble block was cut.

Other possible motives include the death of the person who had ordered the statue or various political and social events which disturbed the island during those times.

However, whichever the explanation might be, the three rock giants offer yet another reason to visit this superb Greek island.

It’s well-known that once you reach Naxos it’s hard to escape the allure of its sandy beaches, but if you manage to „steal” a few moments from your trips in order to visit these ancient wonders, you’re guaranteed to have an unforgettable experience.