The Panathenaic stadium or “Kallimarmaro” (the beautiful marble) is an ancient stadium of Athens that was first used in 330 BC for the celebration of the Great Panathenaia, which were held to honor Athena, the protector goddess of the city. The celebrations consisted mostly of athletic games in which nude athletes competed.

It was built in the 4th century BC, on a donated land, between two hills, Agra and Ardittos, near the river Ilissos and at first had only wooden seats that later were replaced by marble ones. Around 140 AD, during the rule of Herrodes Atticus, a great benefactor of Athens, significant works were carried out in the Stadium, increasing its capacity to 50,000 seats. The stadium was of such importance for the Athenians and Herrodes himself, that his tomb was placed on the hilltop, left of the entrance.

In the Roman times it was also used for gladiatorial games and fights of wild beasts. In the middle ages it was stripped of most of its marble that was incorporated into the surrounding medieval Athenian houses or it was crushed and used as building material. The western travellers that visited the ancient ruins of the Stadium give account of the magical rites enacted by young Athenian maidens mostly in the ruined vaulted passage, aimed at finding a good husband.

There were only a few remaining ruins to remember the ancient greatness of the Panathenaic stadium, but plans to rebuild it were soon drawn.

Almost immediately after the creation of the Greek State, archaeological excavations were conducted on the site of the Stadium and plans of reconstruction were made. On its site, king Otto, the first king of the newly liberated Greece, declared Athens as the capital of the newly established state on September 18, 1834.

Evangelos Zappas was a Greek merchant and philanthropist, that had the idea of reviving the Olympic Games, an idea that he greatly financed and so, in 1859, 1870 and 1875, the Zappas Olympics were held at the Stadium. He also financed the rebuilding of the Stadium, a task that later was undertaken by yet another benefactor, the wealthy merchant, Georgios Averoff. The marble used for the reconstruction was quarried from Mount Pentelicus, situated northeast of Athens, the same material that was used in Herrodes times.

These Games, known at the time simply as Olympics, came before the founding of the International Olympic Committee itself. But the renovation had not been completed until 1900, so many of the benches were wooden, painted in white to resemble marble.

After Evangelos’s death, his cousin, Konstantinos Zappas continued his efforts for the revival of the Olympics Games. The breakthrough came with the assistance of a French aristocrat, Baron Pierre de Coubertin, who founded the International Olympic Committee (IOC) in 1894. The Committee decided that the first Olympic Games should be held in Athens in 1896, choosing the Panathenaic Stadium to host the competitions.

Thus, the first mode modern Olympic Games were held between 25th of March and 3rd of April of 1886, with a resounding success. There were around 241 participants from 14 nations. The competitions included 9 sports: 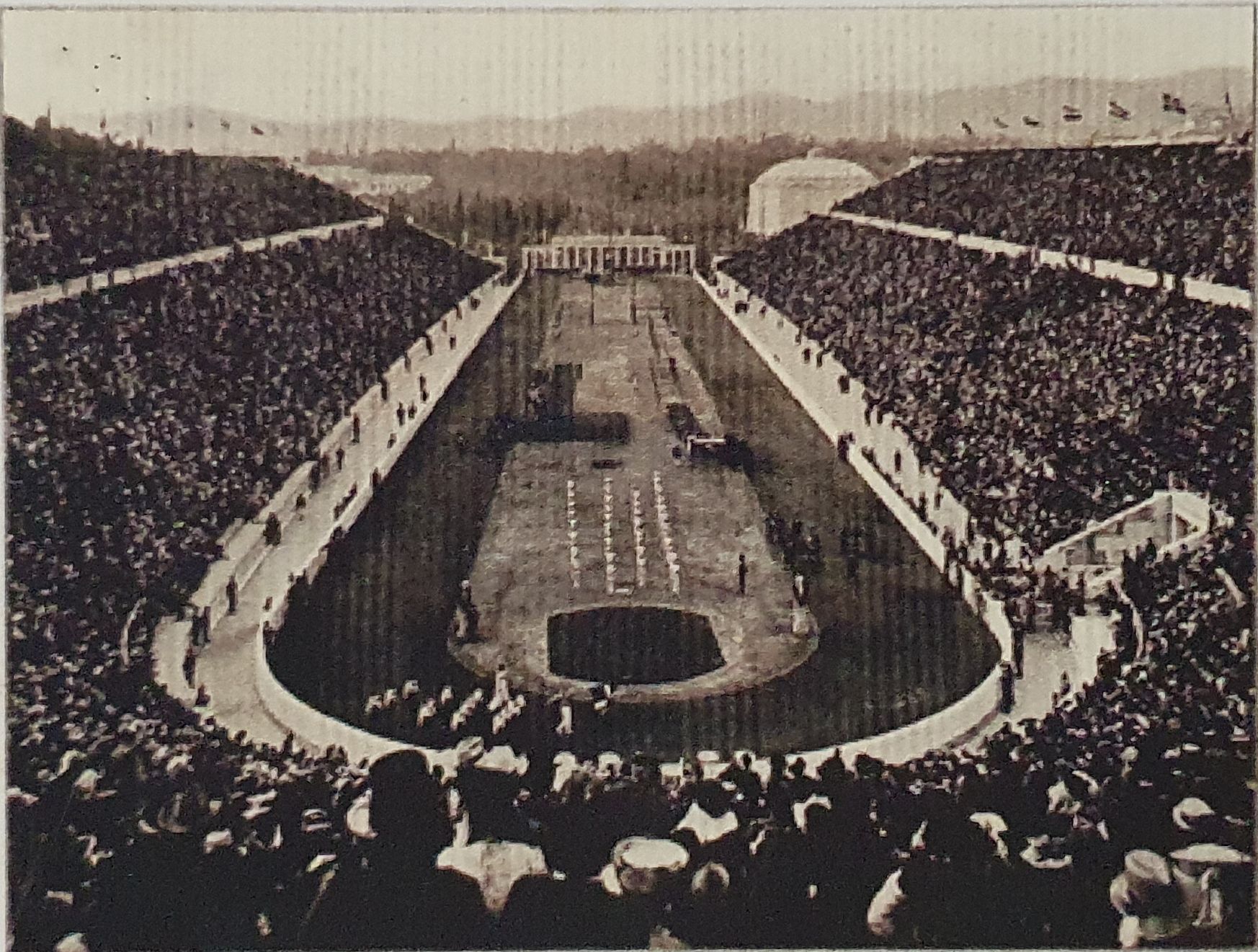 The American team won most of the medals but the hearts of the Greeks were filled with pride and joy as the first athlete to win the Marathon race was one of their own, Spyros Louis.

The Stadium continues to host significant sporting events, like the Athens 2004 Olympic Games when it was the venue for the archery contests and finishing line of the Marathon race, but also cultural ones, like concerts and ceremonies, among which the most important is the hand-over the of Olympic flame to the new host country.

The Kallimarmaro stadium is a must-see tourist sight when in Athens. It’s within easy reach from Syntagma or Evangelismos metro stations and the general admission ticket costs only 5 euros. Don’t miss visiting the impressive diodos, a vaulted passage used by athletes in the antiquity to enter the stadium, that now leads to at the Atrium where you can enjoy the permanent Exhibition “Memories from Olympic Games: Posters and Torches from 1896 till today”.

Finally, it is quite a challenge, mostly on the hot summer Athenian days, but climbing to the upper stands will reward you with an amazing overall view of the stadium and the nearby tourist attractions, like the Acropolis and the Lycabettus Hill.