In the county of Buzău, a wonderful and almost unknown land in Romania, next to the Muddy Volcanoes there is another geological wonder: the concretions of the Ulmet-Bozioru zone, or, as they are known in folklore, “Babele de la Ulmet” (The Old Women of Ulmet).

Concretions are rocks with strange, round shapes, of various sizes, which look rather alien. When you finally see them after having walked up a path for about 20-30 minutes starting from the village of Ulmet, the moderate physical effort gives way to wonder and fantasy. You can see “rock families” chatting, snails, biscuits, space ships, slides and saucers. After all, it’s up to everybody’s limitless imagination.

The concretions have sparked people’s imagination ever since the first time they were seen. Long ago, the locals, for lack of a logical explanation for their formation, thought that they had simply sprung out of the ground like a plant and therefore thought they were alive.

This was a good starting point for creating stories and legends which are more and more fantastic. The locals also attributed all manner of magical and healing powers to these concretions.

However, from a certain point of view, this folk tale is not far from the truth. The trovants grew through the deposition and sedimentation of sand which cemented itself, after which they were shaped by other natural elements such as wind and rain.

It seems that they were named “Babe” (old women) by the first geologists who studied this phenomenon since they appeared similar to the well-known Babe of the Bucegi Mountains, another wondrous landmark in this beautiful and surprizing Balkan country which is Romania.

The concretions of Bozioru are part of the „Ținutul Buzăului” (Land of Buzău) Geopark, an area encompassing elements of special geological, as well as ecological, archaeological, historical and cultural interest. This sanctuary also aspires to become a UNESCO Geopark.

The „ Ținutul Buzăului Geopark” program was started in 2007 by the University of Bucharest through a partnership with the County Council of Buzău.

These wonders of nature are located approximatively 152 km away from Bucharest, near the village of Ulmet in the commune of Bozioru, Buzău county. 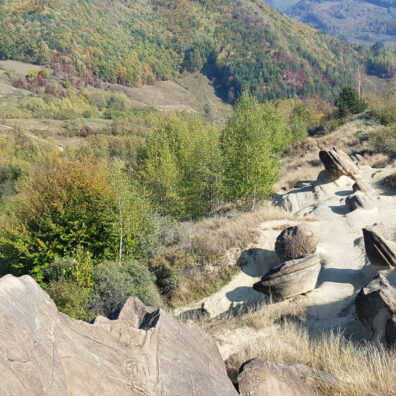 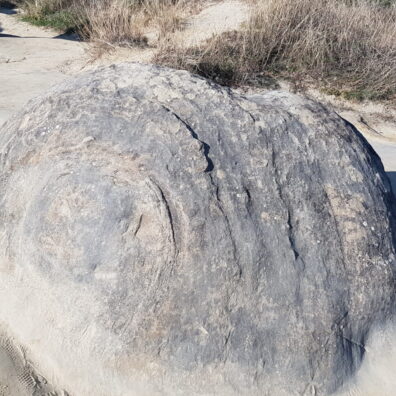 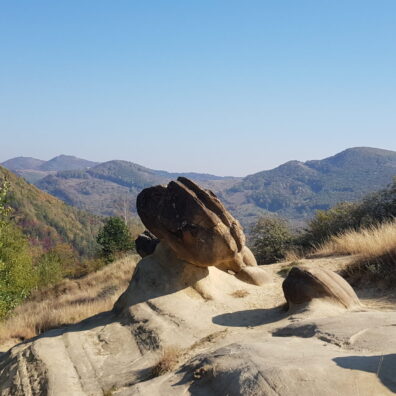 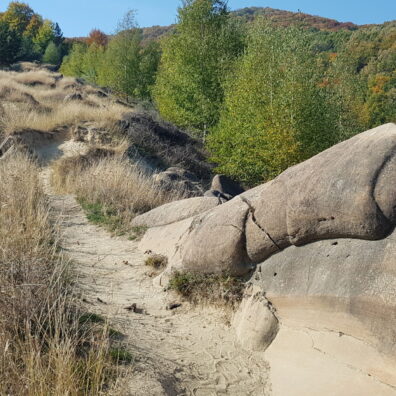 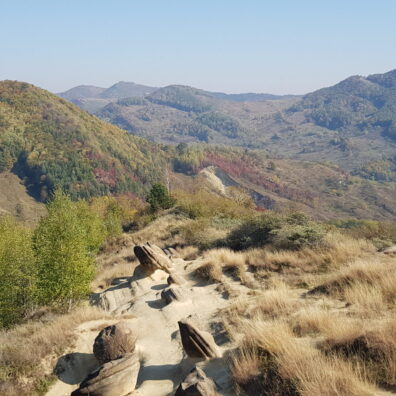 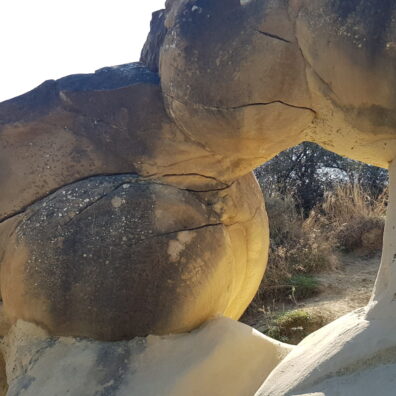 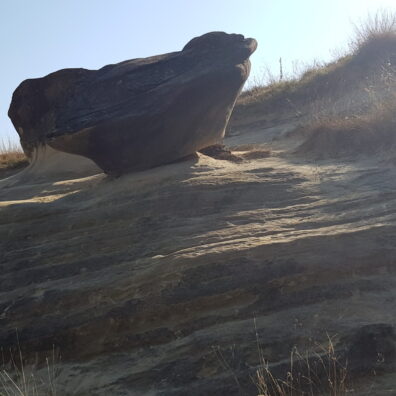 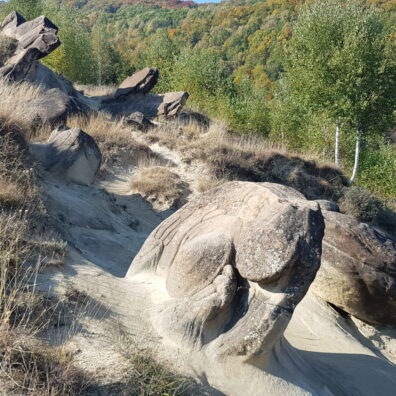 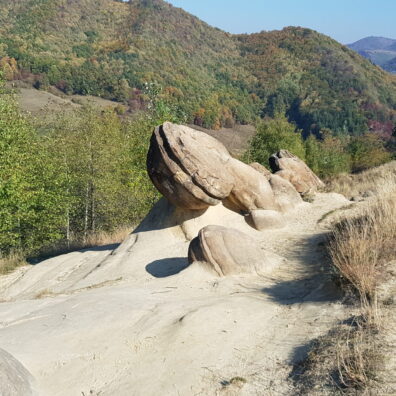 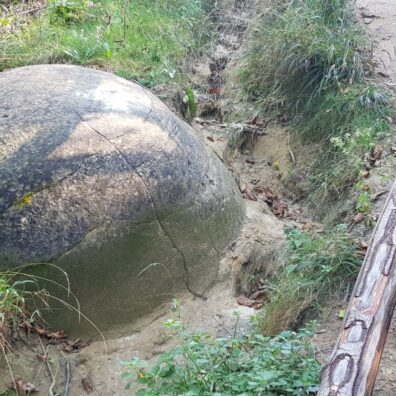 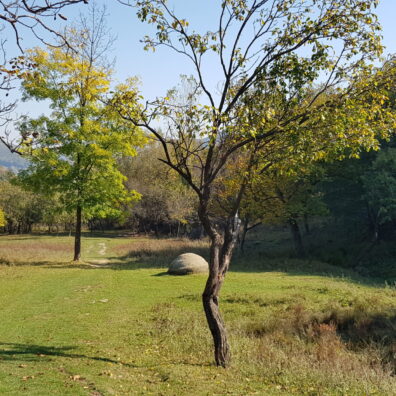 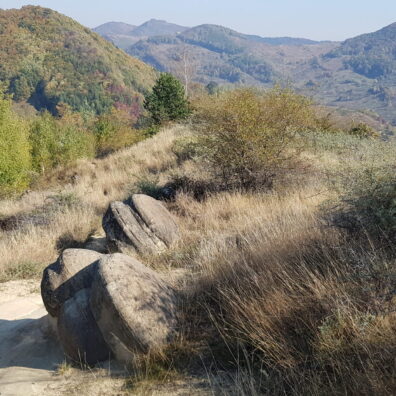