In Transylvania, about 3 kilometres away from the town of Hateg, lies one of the most beautiful wisent reserves in Europe.

The Silvut- Hateg wisent reserve, named after the forest in which it resides, was established in 1958, when two wisents named Podarec and Polonka were brought from Poland to Romania.

Thanks to the breeding of these two, by 1979, there were already 12 wisents in the Silvut- Hateg reserve.
Since then, more than 50 wisents have been born here.

One year after the birth of Romică the wisent in the natural reserve located on the outskirts of the town of Hateg, another calf has been born now right on the day of Pentecost. The little one has already been named Românaș.

“We’re back with news from the Hațeg wisent reserve. After only a few days since his first birthday anniversary, Romică is now an elder brother! On the Sunday of the Pentecost, the wisent herd has grown by one new member, namely a calf from the same parents: Spider Woman and Roman. Românaș, we wish you all the best, we hope you grow up strong and beautiful!” said representatives from Romsilva – The Hunedoara Sylvic Department, Romania.

The Silvut- Hateg wisent reserve is a must-see location in Transylvania and one of the main attractions of the county of Hunedoara. In fact, it’s a 50-hectare forest.

The Silvut- Hateg wisent reserve is the first place in Romania where wisents started living once again. One of the local traditions which has been kept religiously during the reserve’s existence (more than 50 years) states that the name of calves born in our country must start with the letter “R” or even with “Ro”, from Romania. The same goes for the cub called Românaș, a diminutive form meaning “little Romanian”.

The wisent is considered to be the largest herbivore mammal in Europe and is protected by national and international laws. It is estimated that at the moment there are about 3.000 wisents left in the world. The species which can be found in the natural reserves of Europe is a hybrid between the Caucasian wisent and the steppe bison. 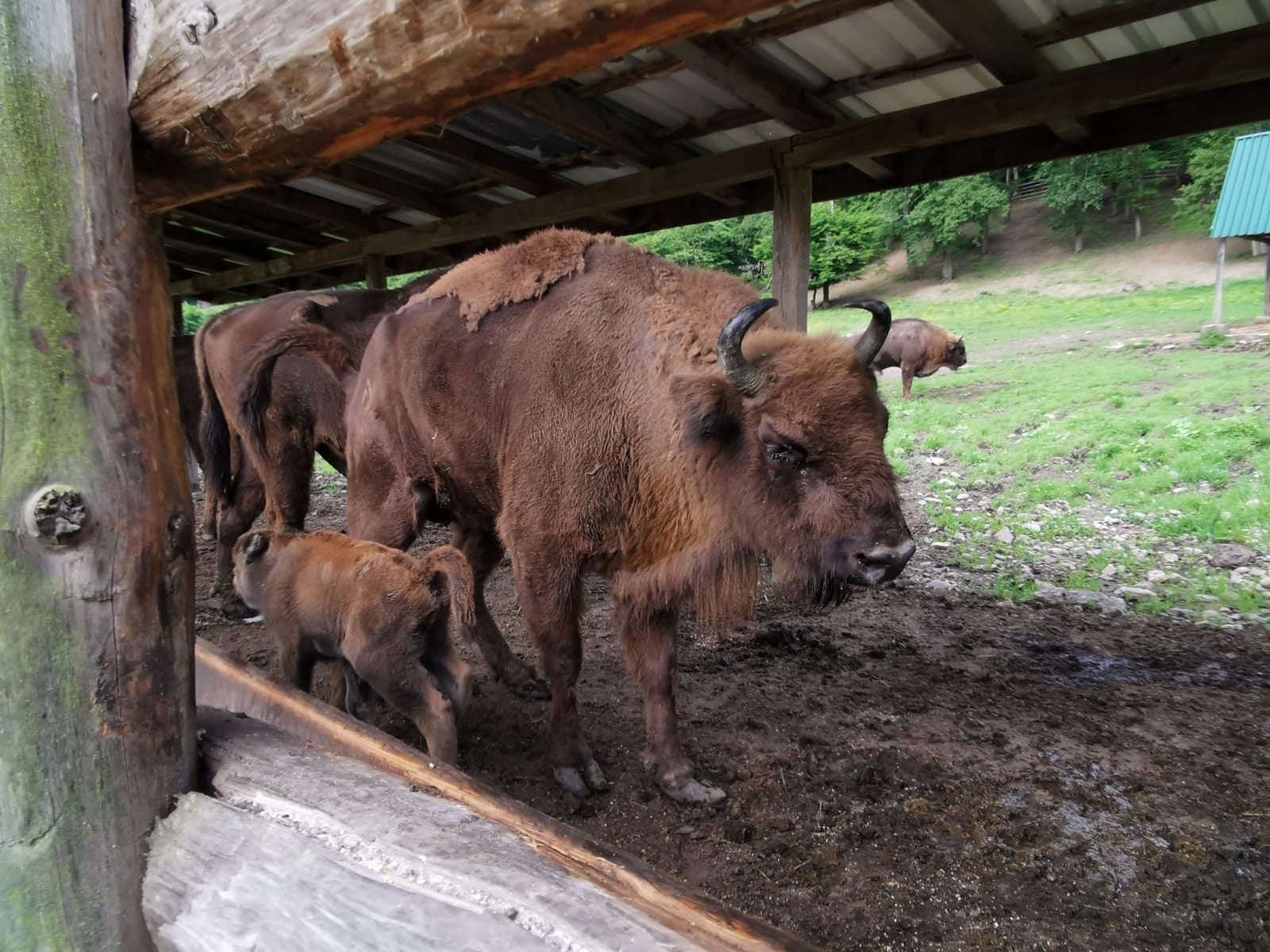