The City Council of Bucharest has declared the Arch of Triumph to be open for visitors every weekend and on legal holiday days, starting with the 5th of June 2021, until the 17th of October of the same year. People will be able to visit the monument free of charge between 11 AM and 10 PM.

According to a statement issued by the City Council, “People enjoying the pedestrian-only streets during weekends are invited to end their stroll with a novel view of Bucharest from atop the Arch of Triumph.”

The last visitor will enter the monument at 9:30 PM. People will be able to cross the road by using the signalized pedestrian crossing in the afore-mentioned time interval.

Every weekend, the streets in the city centre are full of people enjoying the eclectic and colourful spirit of Bucharest, a mix of old and bohemian buildings combined with a cosmopolitan and extremely western character.

About Bucharest’s Arch of Triumph

The Arch of Triumph is a monument located in the northern part of Bucharest, where the Kiseleff Road intersects the Constantin Prezan, Alexandru Averescu and Alexandru Constantinescu Boulevards. The monument was built between 1921 and 1922, restored between 1935 and 1936 and once again refurbished in 2014. It is a tribute to

Romania’s victory during World War I. On the monument, visitors can notice several arhitectural elements with historical significance.

In Romania there are several monuments commemorating the country’s participation in the First World War, but by far the best-known one is the Arch of Triumph, modelled on the similar one located in Paris. 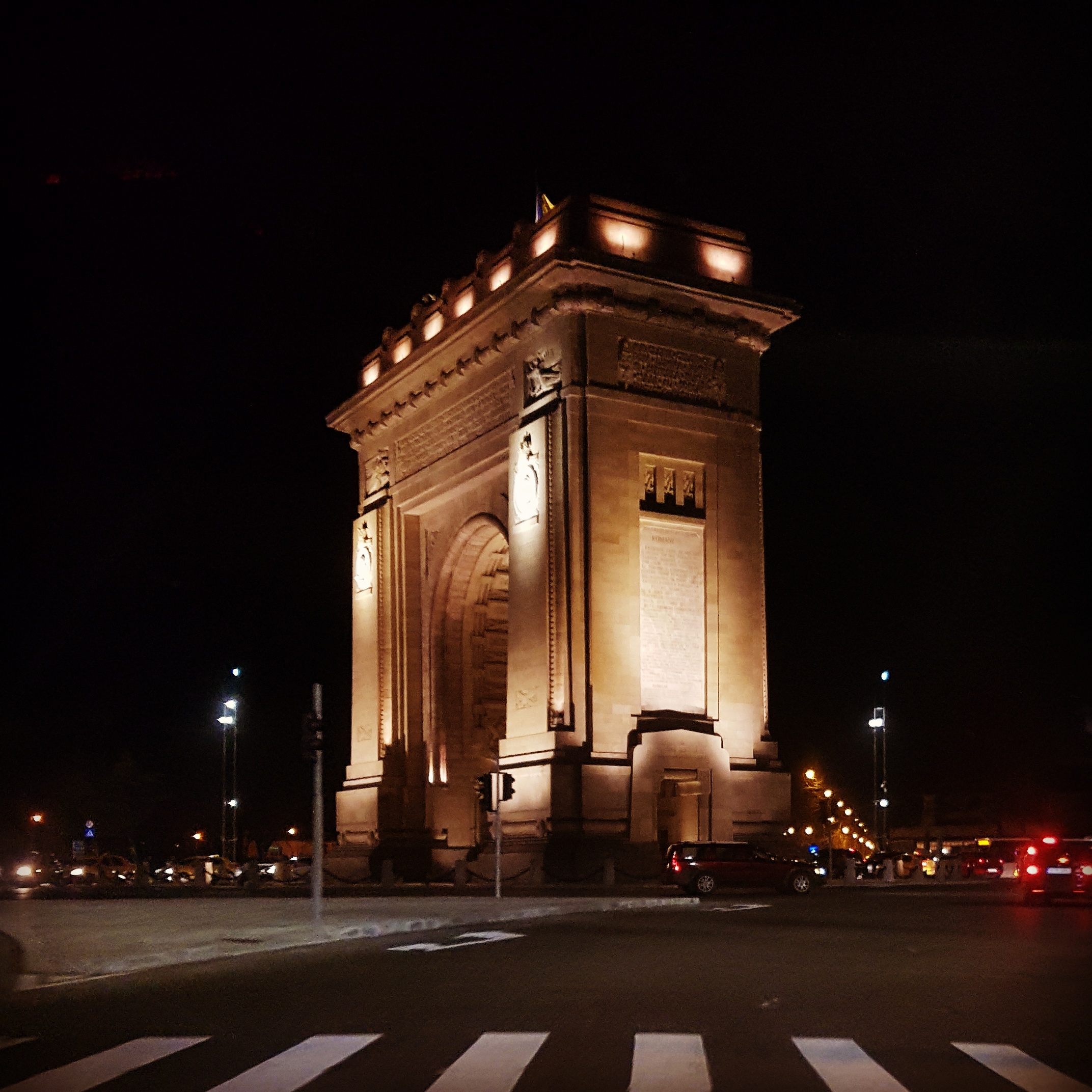