Kathara Deftera (Clean Monday) or Koulouma is celebrated all across Greece after the last day of the Carnival and the last day when people are allowed to eat meat, coinciding with the start of the Lent. Lent lasts forty days and reminds of the Jesus’s fasting in the desert.

The name of Clean Monday comes from the “cleaning”, purification of the body and soul through fasting, and Koulouma seems to originate from the Latin word “cumulus”, meaning “pile” and symbolizing richness.

The celebration is much loved by children, as the custom is to fly kites, on Clean Monday the Greek sky being dotted with them. Kites symbolize the ascension of the soul to God and the start of its purification by reaching close to Him.

Another tradition is Kyra Sarakosti (the Lady of the Forty Days), who has 7 legs. It is made relatively simply, of dough with plenty of salt and it is not to be eaten, but rather to be used as a Lent calendar. Starting on the Clean Monday, people would cut one leg every Saturday, until Holy Saturday. 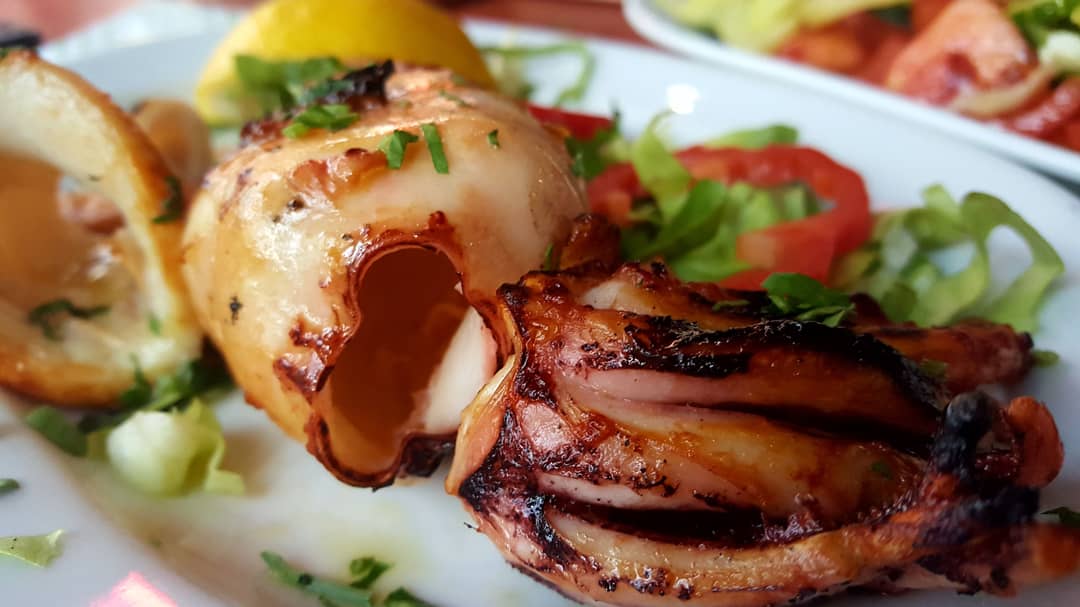 On this day, the custom is to eat seafood (which the Greek consider specific fasting food), spawn, beans, as well as unleavened bread (wafer) called lagana, whose recipe is given below.

Boil the anise in water for 4′-5′, pass it through a strainer and leave it cool until it becomes warm.
Pass the flour through a sieve into a bowl, incorporate the yeast and the sugar, make a small hone in the middle and pour the oil and the wine.

Start kneading slowly pouring the warm water until the dough no longer stays on the hands and detaches from the walls of the bowl. Sprinkle the salt. Put the dough on the table and knead thoroughly for 5′-6′

Put it in the bowl, cover it with a clean towel and leave it grow for about 45′- 1 hour. Then separate it into 2 parts. Lagana is then shaped in an elongated form, about one finger thick.

Put the laganas onto the oven tray covered with baking paper, and make some small holes using your finger. Then cover the laganas again and leave them grow for 20′.

Spray them with a little water and sprinkle the sesame. They are baked in the oven pre-heated at 170°C, in the lower part of the oven, for about 45′, until they brown!