On the road going from Ruse to Veliko Tarnovo, the old capital of the Tsardom of Bulgaria, lie the ruins of Nicopolis ad Istrum, what was once a great and flourishing Roman city, where the Gothic alphabet was created and the first Bible in the German language was published. Now, the place is a wonderful historical site, a beautiful places to visit in Balkans.

In the 2nd century AD, Emperor Trajan, wishing to commemorate his victory against the Dacian, a people of Thracian origin, founded Nicopolis ad Istrum around the year 106. Although built by the Romans, the name of the city consists of the Greek words “nike” and “polis”, i.e. the City of the Victory. A really great victory against a brave people. 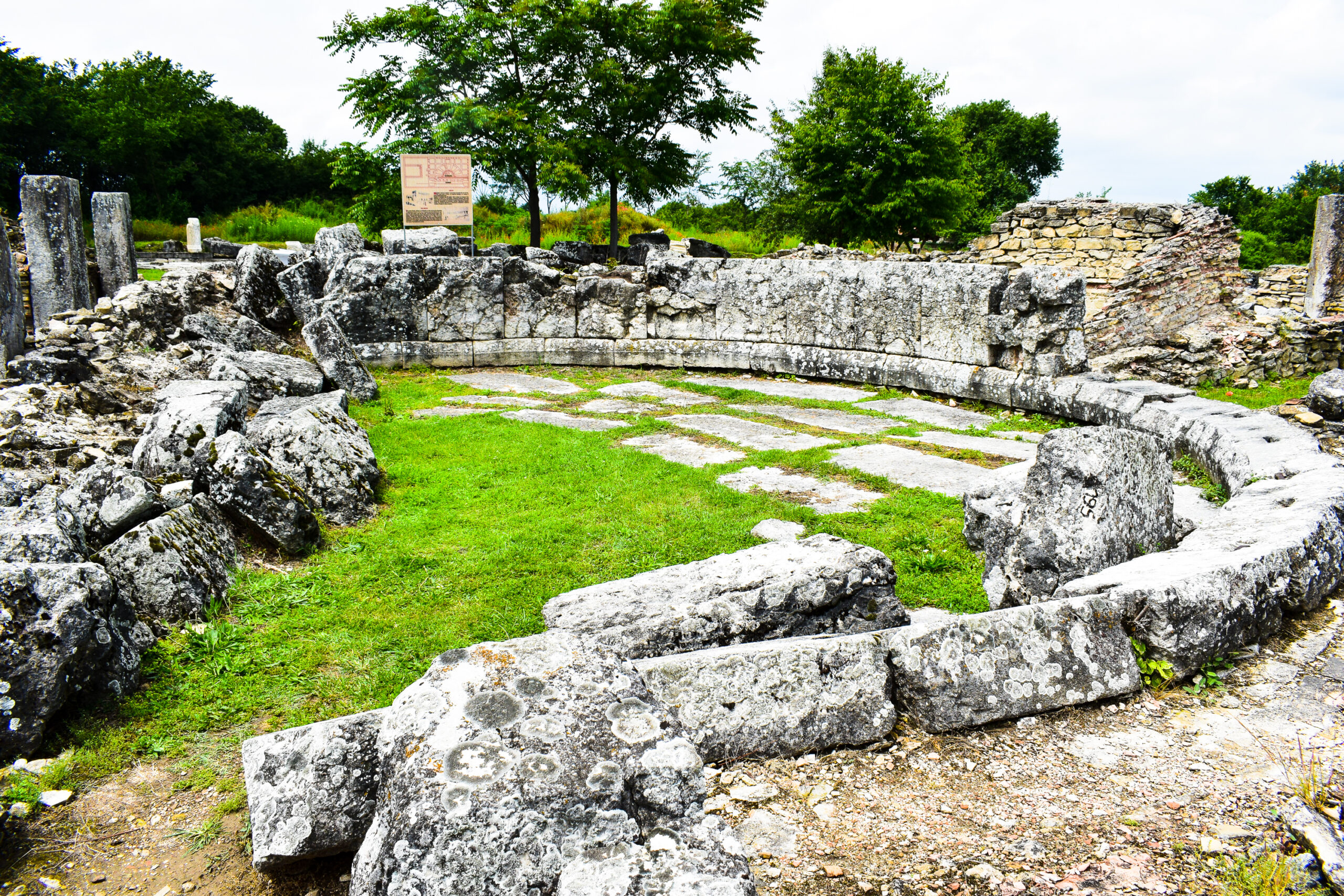 The glory of the city Nicopolis ad Istrum

The city, located at the junction of commercial roads, in the region of Moesia Inferior, in today’s Bulgaria, developed rapidly, in spite of the frequent raids conducted by the various warrior peoples in the area, such as the Costoboci, the Goths and Attila’s Huns, into a cosmopolitan city, with its own currency, temples of several religious cults, theatre and public baths.

It is in this city, while Christianism was consolidating in the known world, being at the same time divided by various sects disputing the nature of Jesus, that an almost mythological character appeared, Ulfilas (Wulfila in Gothic), the small wolf. Ulfilas seems to originate from a Greek family in Cappadocia, now a region in central Turkey, being captured by the Goths when a small child. He was adopted by them and grew surrounded by this people, until being sent as an emissar to the new capital city of the Roman Empire, Constantinople. 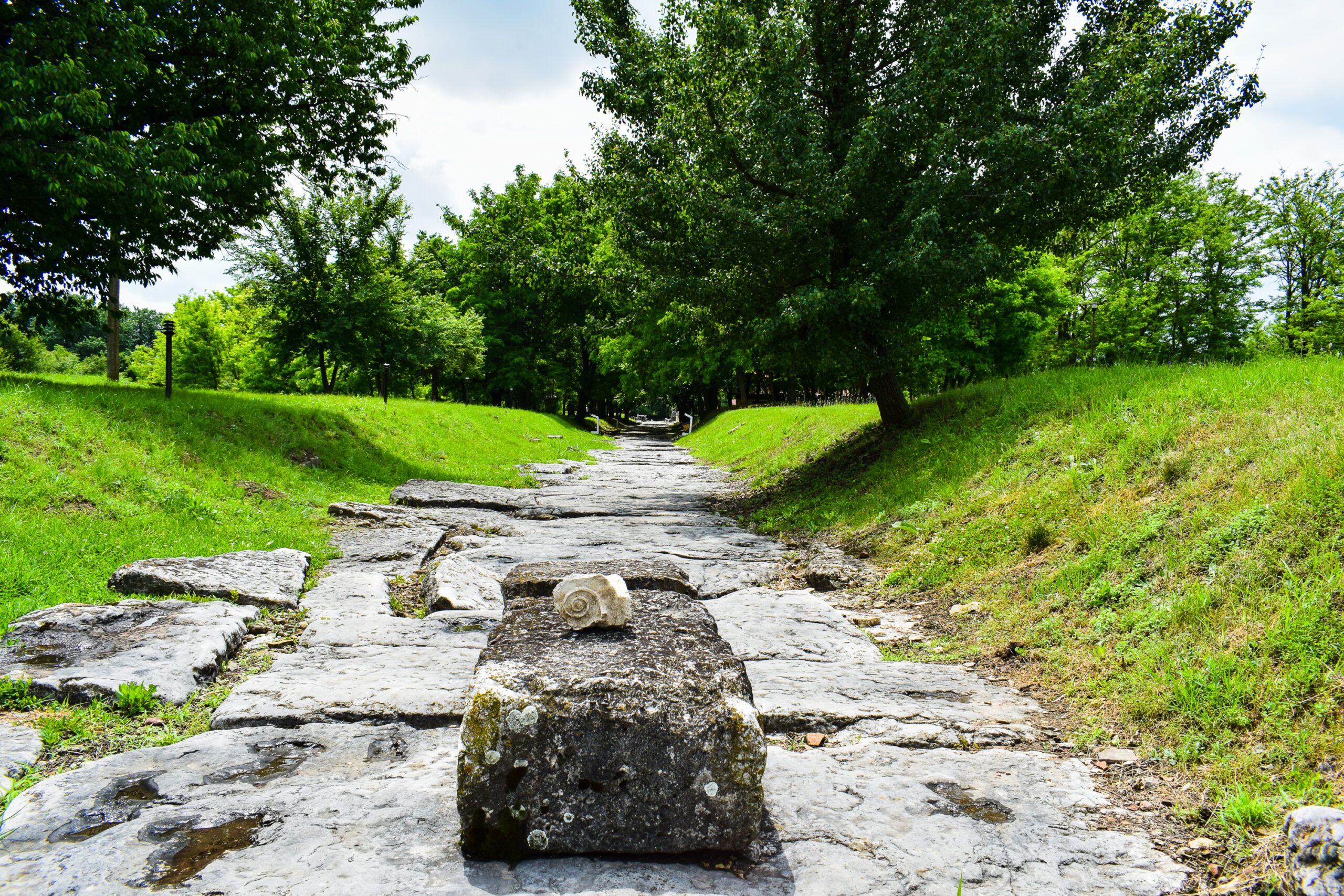 There, he became the disciple of the bishop Eusebius of Nicomedia, a fervent supporter of the Arian heresy and the bishop who christened Constantine the Great on his deathbed. Eusebius consecrated Ulfilas as bishop of the Christian Goths, with the mission to Christianize their community. For seven years he fulfilled his apostolic mission until, chased by the ruler of the Goths he asked in 348 AD for the permission of the Emperor in Constantinople to cross the border of the Roman Empire with his flock and settle in the region of Nicopolis ad Istrum.

There, with the help of the newly converted faithful, he started to translate the Bible from Greek into the Gothic German language. In order to accomplish such a difficult task and succeed in spreading God’s word among the Goths, he conceived the Gothic alphabet, using the Greek alphabet as its bases, as well as parts of the Runic and Latin ones. The new alphabet was the bond, at least at religious level, between all the Germanic peoples at that time and represented the foundation of the German spoken language and of the German literature.

Christianity, in its heretic, Arian version, extended rapidly among all the Germanic peoples. As they were not observing the lessons of the official rite, devastating conflicts with the Roman Empire then broke out and a pan-Germanic national consciousness emerged. Part of Ulfilas’ translation was kept in the so-colled Codex Argenteus, the silver book, a manuscript adorned and bound “imperially”, dating back from the 6th century.

Amazing city Nicopolis ad Istrum, shortly after having played an essential role in the history of the Germanic peoples, was destroyed by the Pannonian Avars, a nomad people having roamed this part of the world, remaining uninhabited ever since.

The ruins of Nicopolis ad Istrum, a historical hot spot on the tourist map of Bulgaria 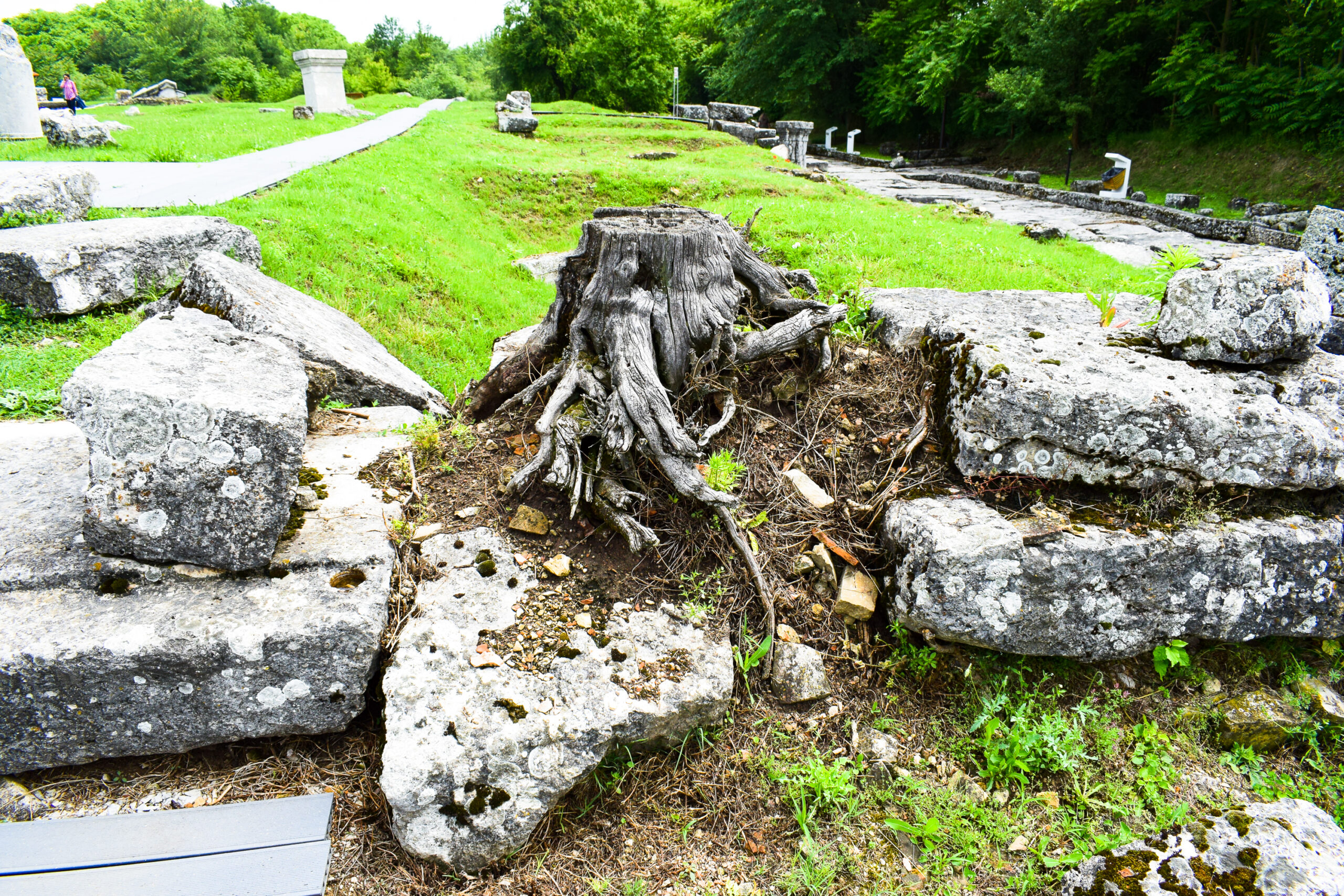 Today, the ancient ruins of Nicopolis ad Istrum from Bulgaria, this historical site, can be visited by tourists from all around the world, in a picturesque and nostalgic environment.

In this beautiful place from Balkans, the ruins of Nicopolis ad Istrum, some of the columns of the temples and of the public buildings still rise towards the skies, defying the aeons, and the pavement of the streets still showing the trails of the chariots reviving the long gone vitality of this historic city, once the cradle of some actions without which today’s world would have been much poorer.

But you do not have to take our word for granted. You can go there, to see this historical site from Bulgaria by yourselves, and if you can get a local guide, maybe you could experiment the same feelings as us.

Check out other historical hot spots in Bulgaria:

Bulgarian Balchik Resort – the Heart of Queen Mary of Romania