In September 1940, next to a settlement of the Black Sea coast, then in South Dobruja, an officer of the Romanian army hastily, but respectfully and piously, enters the Stella Maris chapel, carrying a gold-plated silver case, decorated with precious stones, bearing the coat of arms of Romania, the emblem of the Royal House of England and the monogram M, made of gems. 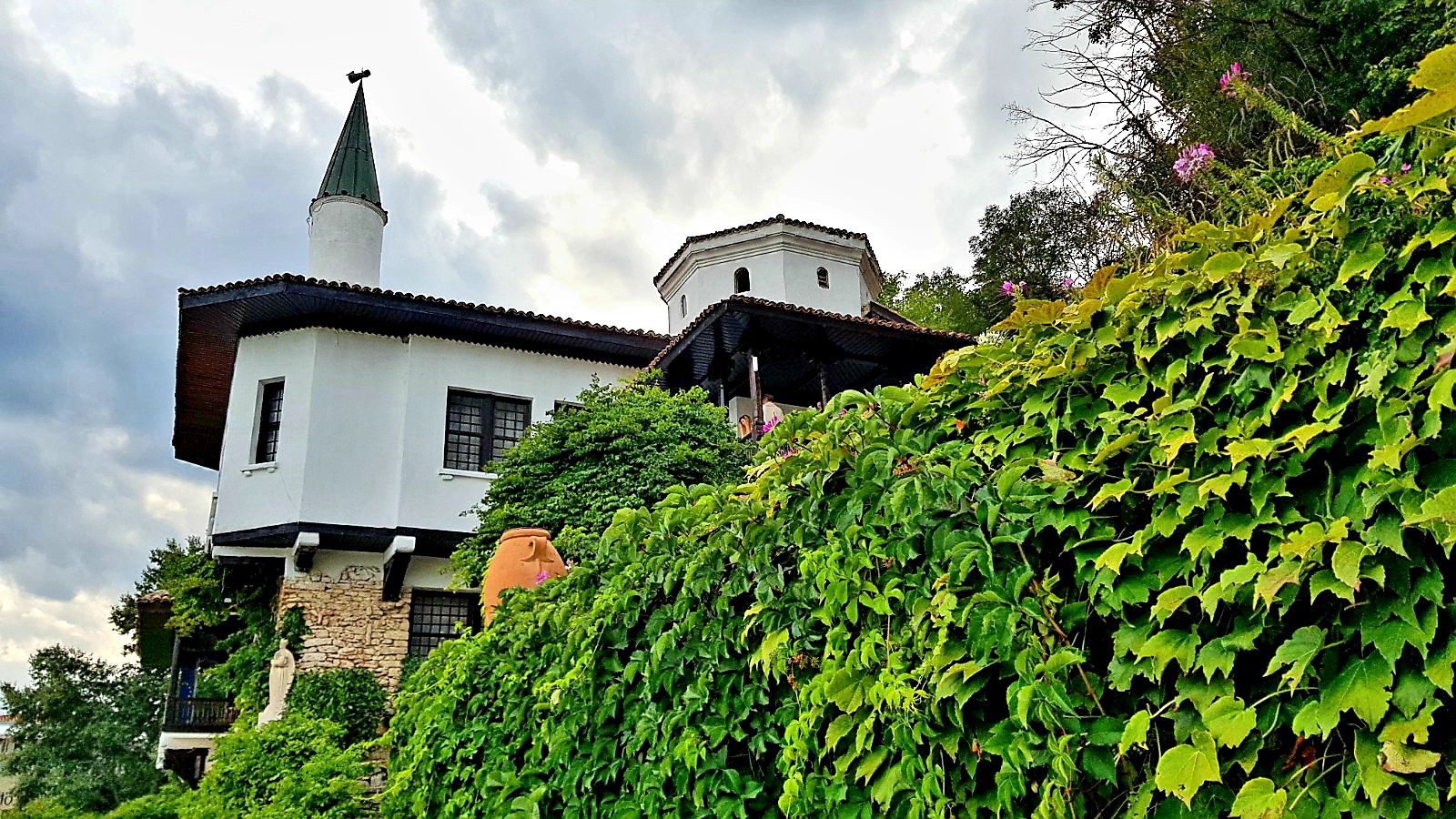 Inside this case there is another one, smaller and more modest, made of gold, which had been containing the heart of Queen Mary of Romania since 1938.

Queen Mary was a historic figure who, through her devotion, determination and actions, contributed to historic events and situations of utmost importance, to diplomatic decisions having reshaped the map of Europe and changed destinies. But, beyond all these, Queen Mary was loved by her country while she, in her turn, also loved the country where she had become complete and for which she fought, Romania.

Queen Mary of Romania was born on 29 October 1875, in England, as granddaughter of Queen Victoria of the United Kingdom.

Aged 17, she marries the prince heir of Romania, Ferdinand I and becomes queen in 1914, the year when the world entered the torment of World War I. 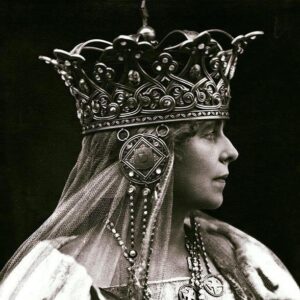 She succeeds in persuading her German husband to get the country in the Entente, Romania being a winner of the war and winning important territories, both through fight and diplomatic actions, to which Queen Mary significantly contributed.
Romania had annexed this region, Balchik, which belonged to Bulgaria, after another war: the 2nd Balkan War.

After a visit to South Dobruja in 1924, the Queen fell in love with this picturesque place and built, on a plot of land presented to her by a banker in Bucharest with Greek origins, Jean Chrissoveloni, “Tenha Yuva”, the Lonely Nest, a small palace with a minaret and steam bath, created by Italian architects and surrounded by terraced garden with a splendid view over the Black Sea, whose waves would break against the rocks beneath the palace.

The terraces and the alleys built using stone brought from Crete comprise, among other impressive attractions, a Nimphaeum (Temple of the Waters), an artificial waterfall, a Bridge of Sighs which, if you cross it with the eyes closed and make a wish, makes that wish come true, a “Silver Fountain” and 6 villas (the number of children the queen had). 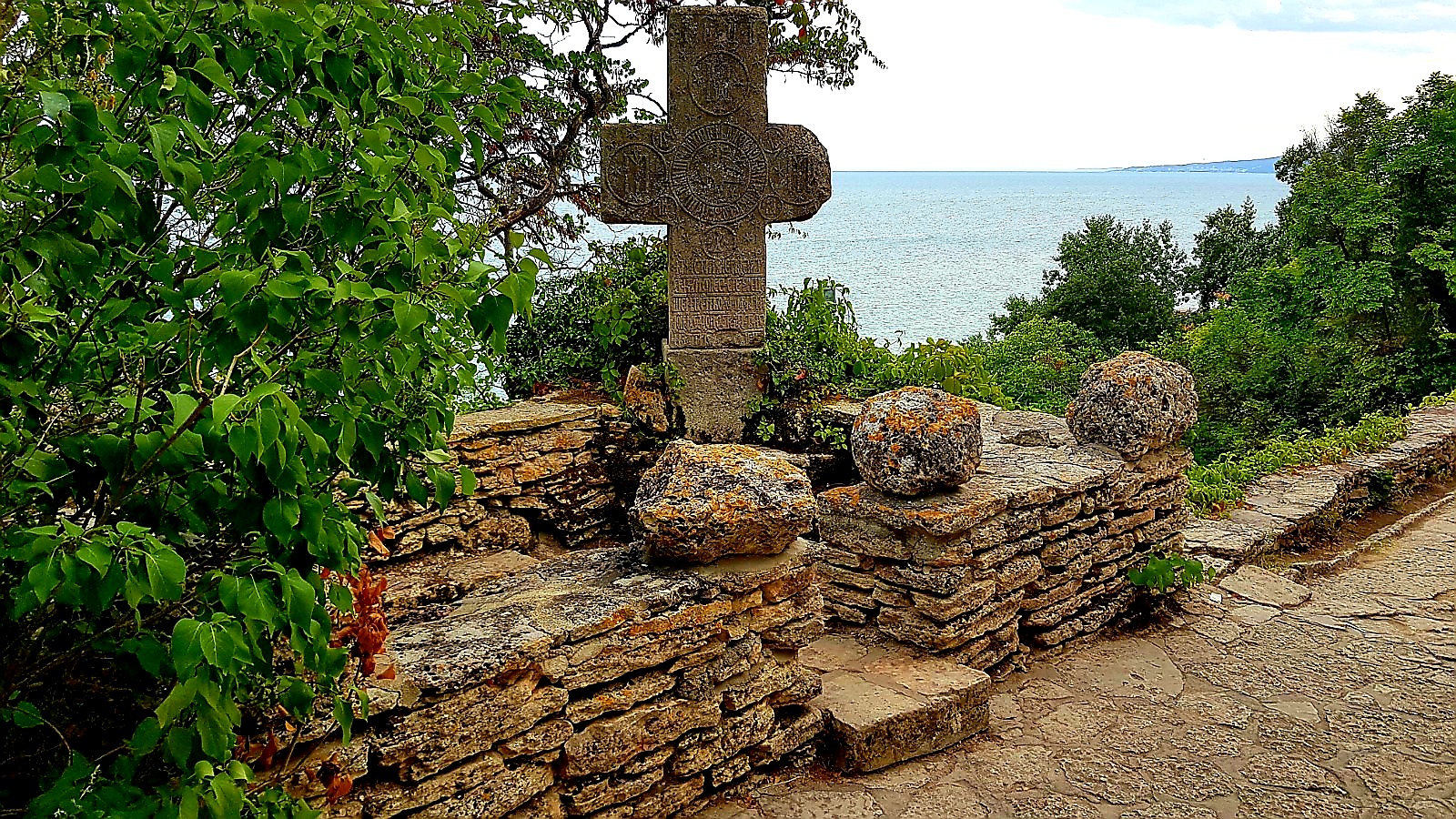 Queen Mary was an adept of the Bahá’í faith and for this reason and in line with the values of this rite, she wished to create a complex of symbols and building reflecting these ideas, combining the traditions and architectural style of the local peoples: Bulgarians, Turks and Romanians, combined with English and Spanish motifs.

Part of this endeavour is the orthodox chapel “Stella Maris”, now part of the Balchik Castle complex, which hosted for a short time the Queen’s heart, built based on the architecture of an old church in Cyprus.

By will, the Queen demanded that her body be interred at Curtea de Argeș, with the other members of the royal family, but that her heart be taken out of her chest and remain in the place she loved most, that “lonely nest” where she could find her inner peace.

Several years after South Dobruja had been returned to Bulgaria, a botanic garden was created here, with tens of species of plants, trees and flowers.

Now the entire complex can be visited throughout the year, and the tourists can, during their visit, taste wines and other spirits produced in Bulgaria, as well as buy various souvenirs and traditional Bulgarian products.

As for the Queen’s heart, after having been brought back to Romania, it stayed for a short while in a chapel built by her daughter, princess Ileana, next to the Bran Castle, similar to the chapel in Balchik. It seems though that the heart of the troubled queen would not come to rest soon and, in 1974, during the communist regime, was taken to the National Museum of History in Bucharest. Finally, as the end of a story, Queen Mary’s heart was moved to the Pelişor Castle in Sinaia, Romania, in 2015, during a sumptuous and touching ceremony, being placed in the Golden Room of this palace.

Now, Balchik is an important tourism point in Bulgaria, built around Queen Mary’s Palace and the botanical gardens.

The Black Sea resort attracts thousands of tourists across Europe every year, being easily accessible and reasonably priced, if we are to believe those accustomed to the place.